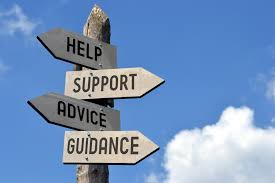 Where I grew up the pastor was a person of some gravitas, an individual to whom the community looked for advice, counsel, and wisdom.  It was not simply about spiritual things but about all sorts of things in life.  Farmers asked the pastor if he thought it was time to plant (never mind the fact that the pastor was not a farmer and had no experience on which to base his advice).  Young men and young women consulted with the pastor in the choice of a spouse.  Parents sought his advice about parenting issues.  The public school system often sought out the help of community clergy.  I could go on. . .  But it is not really necessary to go on since that appears to have stopped.  People are not asking pastors for much advice anymore.

According to a new survey released last month by The Associated Press-NORC Center for Public Affairs Research, Americans do not see their pastors as sources of wisdom to be sought out or as sages whose wisdom is consulted before making big decisions. The poll found that about three-quarters of American adults rarely or never consult their clergy or any religious leader for advice or counsel.  Even the quarter or so who do, only do so of the time.  In other words, most folks no longer hold their pastors in high esteem.  Why this is, no one knows, although it is certainly true that the sex scandals and other situations in the news must have had some impact.  You might expect those who have only a fringe relationship with a church to be distant from their clergy but even those who attend frequently apparently do not seek out their pastors for advice either.

Some of this has to do with relationship.  People in mega churches do not have as close a relationship to their pastors that those in smaller congregations enjoy.  Perhaps they seek out others, peers in their small groups and those with whom they have developed a relationship of trust.  Perhaps some of it has to do with the minimizing of personal relationships in our age of digital communication and online friendships.  Perhaps our people trust their feelings and their own instincts more than they trust the advice and counsel of any people.  Perhaps it is due to the mobility of our modern society in which people are not in one place long enough to develop these close and significant relationships (even clergy are mobile).  Regardless of the reason, the problem is significant and this is one trend we should be paying some attention to -- all clergy!

It is safe to say that nobody will return to those old days in which clergy were the resident experts and the most well educated people in the community.  But should not clergy be trustworthy people whose advice and counsel is not merely a matter of another opinion but something built upon and carrying at least some weight of God's Word?  I would hope so.  While it might be tempting to blame others, perhaps we clergy need to shoulder some of the blame.  When pastors are cut out of the loop, some of it may be due to the fact that pastors no longer know the Word of God and preach and teach it as the ultimate authority.  When sermons are populated with personal stories more than Scripture, it is no wonder people see the pastor's opinion as nothing special.  When pastors focus on people's feelings and encourage them to trust their hearts, it is not surprising that they would value this instinct or desire more than an external word -- even the Word of God!  When the solid foundation of an unchanging truth is replaced with the suggestion to do whatever feels right, the only opinion that matters is mine.  Even to some Christians!
Posted by Pastor Peters at 6:00 AM

It is a long and well established fact that by the time a person, or a couple, comes to the pastor with a problem, it's probably too late to do anything about it, other than apply "spiritual first aid" and pray for the best.

And so it goes.

Ben Franklin's Almanac and the U.S. Department of Agriculture ended that custom

"Young men and young women consulted with the pastor in the choice of a spouse. Parents sought his advice about parenting issues"

Ann Landers and her sister ended that custom.

"The public school system often sought out the help of community clergy."

The NEA ended that custom.

@Anonymous, something you said caught my eye. You are dead on with the common criticism that you didn't come to visit me in the hospital, you didn't tell me you were in the hospital...I think this brings to light though that maybe we have unreasonable expectations of the pastor and not high enough expectations of the lay people. Are we not living in a community of faith, with members of the body of Christ? Maybe we as the congregation need to foster closer relationships with one another so that my neighbor in the congregation is the one visiting and informing the pastor how I am doing in the hospital. Maybe instead of laying all the expectations on the pastor maybe we need to do a better job mentoring our elders and deacons and other lay people to actually be involved in each other's lives, and pray for one another, etc. Just a thought that this article brought to mind.

This brings back memories of my growing up. My Lutheran pastor, and our town's RC priest and Rabbi (my best friend was Jewish), had the same demeanor. If you recall Spencer Tracy's portrayal of Father Flannigan in the movie "Boy's Town", that's the way these men were: serious, no nonsense, but you knew they cared about their parishioners enough to guide them and tell them when they were doing something wrong. As you wrote, these men were respected members of the community, apart from their duties as clergymen.

It's different now. Today we expect our clergymen to be pop-psychiatrists and standup comics.