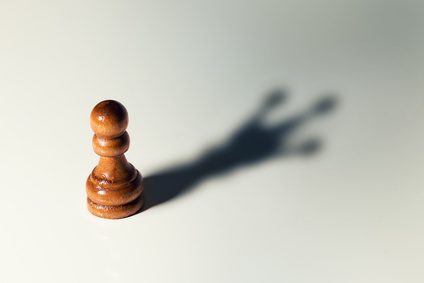 So often it is said that the worship wars are culture wars -- a fight between the high brow culture of classical music over the low brow culture of modern music.  There may be something to this distinction among some but by and large it is not a clash of taste.  Rather, it is a debate over the core and center of worship and, indeed, the faith itself.  While some have cast those in favor of traditional liturgy and traditional church music as elitists, the reality is that the opposite position is the elitist one.  There is nothing more elitist that the idea that personal taste and preference must be given voice and vote -- dare I say decisive vote -- over what happens among God's people on Sunday morning.

Let me illustrate what I mean from the arena of urban development.  The urban core of many of our cities is being rehabilitated throughout our nation but also throughout the world.  Locally, in Nashville, TN, part of the conversation about the mayor's race has been about how much money is being put into this development and what does it look like.  The complaint is that old neighborhoods are being destroyed to rehab the inner city and with it old communities are being shut out of their former homes either by cost or because the former residents had long ago disbursed due to the construction that put them out of their homes.  Of course, the developers insist that this revitalization is diverse and multi-cultural and it is -- at least according to one definition.  But the reality is that this diversity and multi-cultural shape of the new urban center has a particular face.  That face is the face of money and of privilege.  The people moving into the new high rises and into the modern row houses are people who can afford their initial cost, who can afford the specialty shoppes that are popping up around the housing, who work in the city center, and who have a fairly uniform political identity and view of change.  They are liberals who eschew nearly every prejudice except the subtle economic prejudice that has moved certain communities out so that they might move in.  Dan Hitchens recently wrote of the same kind of phenomenon in London in First Things.

In many respects the same kind of thing has happened with respect to the Church and worship -- at least among those who have developed an entertainment style of worship, seeker friendly, doctrinally ambiguous, nearly exclusively contemporary in musical format, and with a preaching style that is largely inspirational (as opposed to Biblical or doctrinal).  While the point of this is to make worship more accessible, the end result is it is more accessible to a narrower spectrum of people than traditional worship, having chosen to make a particular moment in time as the lens through which all that is done on Sunday morning must be seen.  This is, in my opinion, not a populist perspective but an elitist one.  There is nothing more elitist than to look into the mirror of the moment and to define what you believe, how you live, and what God looks like according to the image you see in that mirror.  In effect, God must be reinvented at every directional change in culture.  The people are not so much meeting God in their Sunday morning experience but meeting themselves and bringing God along for the ride.

I was told once by someone who complained that worship from the hymnal is for old people, make that old white, German people.  The charge laid against my own parish is that we did not appeal to a diverse cross section of people but rather only to a narrow, aging, and dying segment of the population.  In my response I asked if he had ever been to our congregation on Sunday morning.  If he had, he would find a great diversity of ages, though the tilt is toward those 30 and under more than over 30.  He would find tattoos, men in pony tales, women in tee shirts, people more formally dressed, babies fussing, people of mixed racial backgrounds, a mix of diverse economic statuses, and a community united not by preference or taste but by confession and truth.  Within a very traditional and ceremonial Divine Service, the many find a common place and home precisely because this Sunday morning does not elevate one culture over another but directs everything to Christ's own revelation of the saving will and purpose of the Father by the power of the Spirit.  Choral literature as well as hymns are drawn from a variety of periods and styles but they are chosen for content and not for their culture or sound or aesthetic reason.  They would find people who may have driven past several kinds of other Lutheran services in order to get to Grace.  They would find the richest ritual exemplified in the pastors leading the Divine Service while a diverse pattern of piety from those in the pews -- the kind of freedom I believe the Lutheran Symbols mean by adiaphora (not that it does not matter but that no rules impose upon the worshiper beyond that which the Scriptures direct).  It is not elitist but populist in the best expression of that term and in the way that worship has functioned throughout Christian history -- at least until rather modern times.

Elitism cannot be laid at the feet of those who refuse to choose a moment in time as the defining epoch of Christian worship but it can surely and rightly be said of those who make God and God's people assemble according to the cultural snapshot of the current moment.