Oblique when clarity is needed 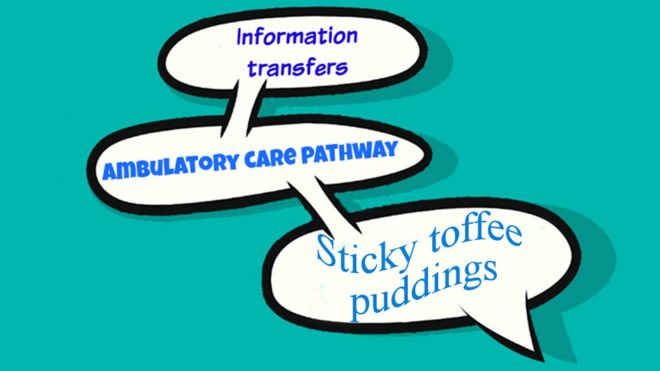 With echos of that abortion doctor who kept something like 2200 fetal remains in his home, I think of the consequences of the prolife cause.  We must be urgent and we must be diligent but we must also be clear.  The world situation begs for clarity in the muddle that too often passes for debate on this topic.

And then I read where Pope Francis' reconstituted John Paul II Institute for Marriage and the Family (the seeming locus of the Roman Catholic push to preserve life and the family order).  Instead of clarity you get a philosophical gobbledygook that is supposed to pass for wisdom of the highest order.  You read it and tell me I am wrong:


“The recomposition of the thought and practice of faith with the global covenant of man and woman is now, with all evidence, a planetary theological space for the epochal remodelling of the Christian form; and for the reconciliation of the human creature with the beauty of faith.  Put in simpler terms, through the overcoming of every intellectualistic division between theology and the pastoral, spirituality and life, consciousness and love, one treats of rendering this evidence persuasive for everyone: knowing the faith bodes well for the men and women of our time.”

I am told it sounds better in Italian.  It does not matter.  Words that say nothing in the urgent cause of preserving marriage and the family and challenging the culture of death are worse than saying nothing.  We must be clear.  We must be on point.  We must not equivocate.  I have little to say about the minions Frank has put into place to disrupt the once formidable force that John Paul II established.  That is not my jurisdiction.  But I do lament that there was once a more clear witness from Rome and it was profoundly appreciated by those Lutherans with the courage to take up the prolife cause.  Now it appears Rome is wavering, if not from the cause at least from its once clear witness for the sake of the unborn.

First the then Cardinal of Chicago muddled things with the moral equivalence of the abortion debate with those against the death penalty or the cause of the poor or climate change.  When he was gone we hoped that less than transparent witness was gone but then another Cardinal in Chicago has taken up the same idea and added the cause of the GLBTQ+ to the idea of justice.  Now the current Pope has taken the whole thing a step further and discredited a once powerful voice for the sake of God's order in the home and the protection of life from its natural beginning to its natural end.

So this is written to Lutherans.  Do not waver.  Do not muddle it up with goofy vocabulary you think sounds eloquent.  Do not equivocate.  Be clear.  The cause of life deserves nothing less.  We have not many friends in the ELCA and a few smaller Lutheran bodies stand with us but it appears the full resources of Rome cannot be counted upon as they once were.
Posted by Pastor Peters at 6:00 AM

It is a lesson that is taught over and over, but rarely learned and remembered: The enemy of my enemy is not necessarily my friend.

"So this is written to Lutherans. Do not waver. Do not muddle it up with goofy vocabulary you think sounds eloquent. Do not equivocate. Be clear."

Especially since one Demonicrat presidential candidate, to loud applause from his audience (and what would violate the First Amendment), "vows to strip tax-exempt status from churches that oppose gay marriage [sic]."

In any argument on the subject of abortion, the best an easiest foundation is to always bring the question back to one thing: what is the unborn? All the gobbledegook can be brushed aside by returning to this one question. Of course, those in favor of murdering babies will not want that question answered truthfully...