Who gets the vote? 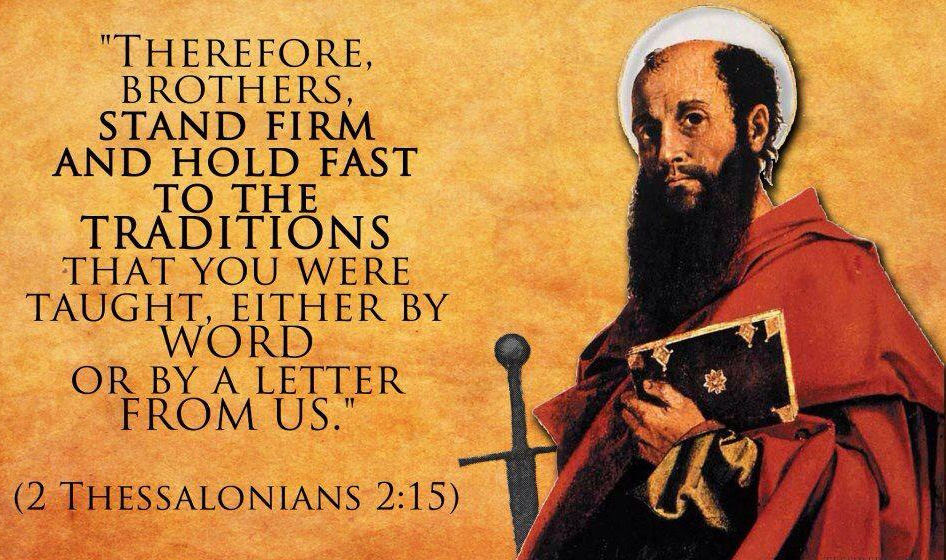 Everyone knows the great Chesterton quote:


Tradition means giving votes to the most obscure of all classes, our ancestors. It is the democracy of the dead. Tradition refuses to submit to the small and arrogant oligarchy of those who merely happen to be walking about. ... The ancient Greeks voted by stones; these shall vote by tombstones.

The funny part of this is that tradition has been more universally denied voice or vote for some time.  As Lutherans some think that our default is to deny tradition its voice or vote and to let the Word stand alone.  Those Lutherans have great theory but they have not read Luther or know anything about the Lutheran Symbols.  Sola Scriptura has never meant a naked Word stripped out of the community of believers and cut away from the living tradition of faith and the faithful who have believed and taught this truth in the generations before our own time.

Lutherans give no class the decisive vote or veto; only Scripture has that.  However, that does not mean that we ignore the voice of those who have gone before us or discount their witness against the voices of the present moment.  Lutherans do not look for some pristine moment in church history to recreate.  We understand that every moment has had its challenges and choices.  We put our trust in the Word and we attempt to be faithful to that Word in all circumstances and this is what we have received from those who went before and that is what we pray we will pass on to the generations to come.  Tradition is part of this witness.

Yet the sad reality is that we too often give to another class the veto we refuse to give to the dead.  I am speaking to those outside the Church.  We defer to those who have either rejected the faith or never believed in the first place more than any other group.  Does anyone else find this strange?  We ask people outside the Church what our buildings should look like, what kind of music we should use, what ceremonies (or none) we should include, what we should be preaching about, how we ought to preach, what programs we should offer, what stands we should take on this issue or that, and the list goes on.  Those barely involved or not even involved are regularly polled to find out what might just bring them in.  But is that not the job of the Word (what with faith coming by hearing the Word of God and all)?

As we prepare to celebrate the Reformation again, it is time for us to remember that this movement was not fueled by poll or survey but by the Word of God.  Luther was one of the Reformers who particularly rejected the idea that we had to reinvent the Church as if it had never been and forget the witness of the saints through history.  This was not because he gave to the dead the greatest authority but because he recognized that the Church was and is where the marks of the Church are, where the Word is faithfully preach and taught and the Sacraments are administered in accord with Christ's institution -- as it was and always will be.

The Church born of this Reformation refuses to dismiss the witness of the past but rejoices to recognize God's faithful voice echoed in the mouths of the faithful through the ages.  That is one of the things we Lutherans tend to forget and this is the time to remember it.  We will not survive by rejecting the voice and vote of the dead but we just may die because we chose to listen to those not of the faith more than the faithful who went before us.  The saints of old advise us as people in whom and through whom the Lord worked.  We ought to be relieved by this instead of fearing tradition.  If we cannot find our way to more profoundly reflect the deep respect that Luther and our great Lutheran fathers had for the saints and tradition, we run the risk of failing to be their heirs.
Posted by Pastor Peters at 6:00 AM

To avoid Romish confusion by the readers, it is important to distinguish two meanings of "traditions."

According to Holy Scripture Christian theology constitutes a unit, which is complete and perfect in itself and hence incapable of either addition or subtraction. Matt. 28, 20: "Teaching them to observe all things whatsoever I have commanded you." 2 Thess. 2, 15 : "Stand fast and hold the traditions [the doctrines] which ye have been taught." Rev. 22, 18: "If any man shall add unto these things, God shall add unto him the plagues that are written in this book." Christian theology, or Christian doctrine, is therefore, according to the express teachings of Holy Scripture, a fixed body of divine truths, which must never be altered, neither increased by human additions nor diminished by omissions of any kind.

Or "traditions" may refer to something other than the source of the Christian faith, the Word of God, as J.T. Mueller explained (Christian Dogmatics, p.16):

But neither is tradition a source of the Christian faith. Calov is fully in accord with Holy Scripture when he declares: "We contend that over and above the written Word of God there is at present no unwritten Word of God concerning any doctrine necessary to Christian faith and life, not comprehended in the Scriptures, that ever came forth from the apostles, was handed down by tradition, was preserved by the Church, and is to be received with equal reverence." (Doctr. Theol., p. 28.) This is truly Lutheran and Scriptural doctrine. We are to seek God's Word only in God's Book, never anywhere else, as also Quenstedt emphatically states when he writes (I, 44): "The consent of the primitive Church or of the Fathers of the first centuries after Christ is not a source of Christian faith, neither primary nor secondary, nor does it produce a divine, but merely a human or probable belief." (Doctr. Theol., p. 28.)

Does Jack Cascione still believes that the validity of Holy Communion and the Real Presence depends on a congregation have a "Supreme Voters' Assembly"?