Evangelicalism and the New Pharisees. . . 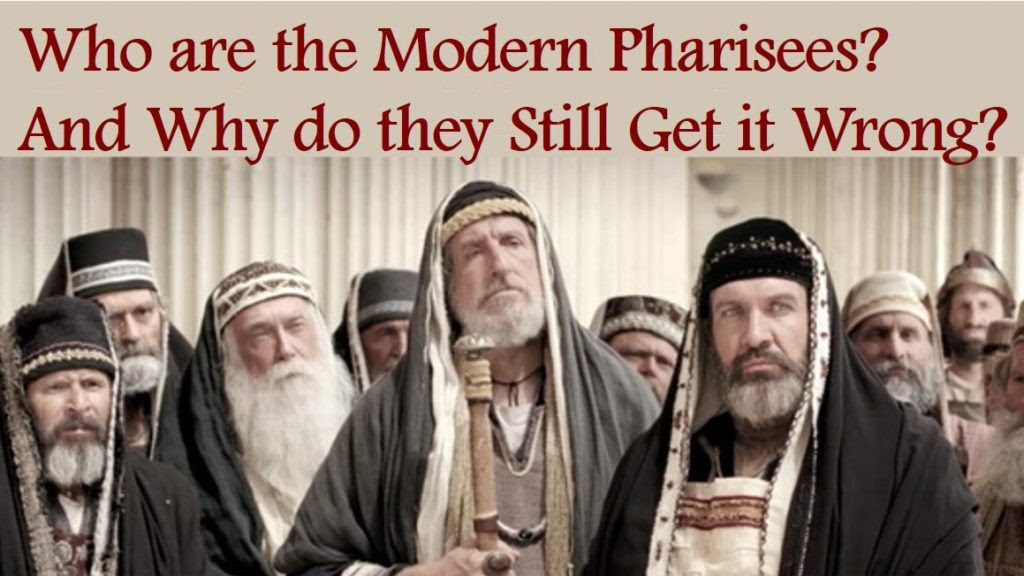 Old heresies never die but are resurrected by those who have forgotten them.  So the new Gnostics try to be more spiritual than God.  They disdain simple grammar and matter itself in pursuit of something hidden that is above the material.  Not only are they dualists but they have no regard for God's work in creation and therefore no appreciation for what it means for Jesus to become incarnate.  Ritual is for children who cannot understand or appreciate the hidden and spiritual meaning of it all.  Sacraments are observed not because of desire but because they are commanded and yet they are given little real attention since they involve the material and the material is not nearly as important as the spiritual (usually hidden).  In effect, it is the rule of the mental over the tactile, the reading, marking, and inwardly digesting of something whose material reality is disposable.

In the same way, the Pharisees of old have not gone away but come back in the form of Evangelicals who treat the Word of God as guidebook rather than the efficacious and living Word that delivers what it says and does that of which it speaks.  So instead of obeying Jesus like a servant, trusting in His Word to do what it says and deliver what it promises, the Pharisee obeys Him like a "lawyer looking for loopholes in a contract."  The Word is mined for its wisdom, to be sure, but what is wiser than figuring out a way around the raw meaning and demand of the text.  So faith is less important than knowing the text well enough to know how to keep it with a minimum of effort and better than others.  So they obey the letter of Jesus’ words and do the absolute bare minimum that Jesus' words demand.  In the same way then, the Sacraments can have little real value except to showcase the obedience of the one keeping them.  In this way baptism cannot be about Jesus and what He does in the material of water but rather what we do in coming to the water and submitting to His Word as law to be kept.

So often it is turned on end to suggest that those who take Sacraments seriously are the new Pharisees who insist upon obeying red letter words (rubrics) and bowing on cue.  In reality, those who value Sacraments and the rites and rubrics of those rites do so because they value so highly the promise our Lord has embedded in water that cleanses and gives new birth and bread and wine that are Christ's body and blood for the forgiveness of our sins.  So the new Pharisees are the ones who tolerate the Sacraments because they must but have no confidence in water or bread and wine and presume that material things cannot possibly be as important or as grand as the spiritual.  They peruse the Word of God the way a lawbreakers reads the statutes of law to find a way to excuse them from accountability when they break them and to avoid having to keep them at all.  The pursuit of the bare minimum has more in common with the Pharisees than those who seek to do more.

Of course, both have the what the person does matters more than anything else.  That said, those who have no investment in the material presume that their mental work is what counts and those who trust too much their piety presume that matter matters even to God.  While we certainly do not need those who take the gold and use it inconsistently with God's purpose, we also do not need those who bury their gold waiting for Jesus to come.  And besides, not to adore Christ in the material of the Sacrament is sin just as it is worshiping the material which does not have His blessing and promise.

Very well said, Pastor Peters. When we teach the Small Catechism here in Kingsport, the Articles on Baptism and Holy Communion are opened with the same basic question: Whose work is it, God’s or man’s?
Trusting that Baptism and Communion are works of God, not of man, gives such comfort that the modern Evangelical miss. God promises new life and the forgiveness of sin in these sacraments and it breaks my heart when my Evangelical friends say that baptism is an “outward sign of inner Grace” (whatever that means) instead of God washing away my sins though “simple water…plus the Word of God!!! What comfort they miss when they do not trust what God has clearly stated. This is God’s Work, not man’s!! There are no loop-holes as you point out.
God Bless the Preacher. Keep up the sound doctrine. We need it.
Timothy Carter, simple country Deacon, Kingsport, TN.