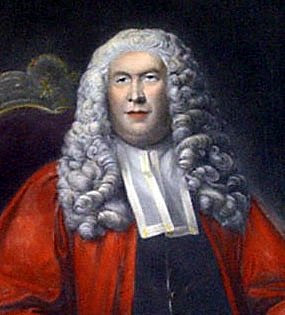 English law is in most cases the model for American jurisprudence.  While there is much good in this, there is also much to cause concern.  Over at First Things in an article called Human Dignity Redefined a detailed survey of the direction and conclusions of modern British legal thought.  It is a shocking line from a nation in which Christianity was presumed to one in which its doctrines can no longer be tolerated.  The pursuit of equality and diversity has cast aside the historic place Christianity once enjoyed.  You can read it for yourself.  I was struck by one sentence from case law that I fear could very well be the direction of American law if the progressive party in politics has free rein.

Peter Hitchens wrote that the "Lord Justice Laws in the case of relationship counselor Gary McFarlane. He said 'Law for the protection of a position held purely on religious grounds cannot …be justified. It is irrational, as preferring the subjective over the objective. But it is also divisive, capricious and arbitrary.'”  In other words, equality and diversity have become the official aims of the law and the uncompromising principle that must be preserved.  Christianity has become mythology and irrational mythology at that.  Regardless of whether it is legend or has any basis in fact, the fact remains that there is no room for such Christian truth in a society under girded by the twin pillars of equality and diversity.

He quotes Soren Kierkegaard who is alleged to have said, “A passionate tumultuous age will overthrow everything, pull everything down; but a revolutionary age which is, at the same time, reflective and passionless, leaves everything standing but cunningly empties it of significance.”  Surely this is the modus operandi of progressivism.  It does not challenge Christianity but marginalizes the Church by emptying it of its truth and significance.  So while some may applaud the court decisions which have decided that a nativity scene or cross may be allowed because they no longer are religious or exclusively religious symbols, I fear this more than anything else.  Like Flannery O'Connor who famously insisted that if the Eucharist were merely symbolic then to hell with it all, we should follow her lead and insist that the nativity scene or cross MUST go because they are OUR symbols and they stand for a truth and reality in conflict with the world and its wisdom.  Conservative justices have done us no favors by suggesting that we can keep our symbols because they are merely symbols.  In this way the progressive agenda is at work stealing from us all that matters and leaving us with an empty shell of truth and reality -- an an irrational one at that.

As we enter the season in which nativity scenes will be placed in public view, it is high time that we insist that the civic plaza is the wrong site for an exclusively religious symbol.  But I fear that Christians have bought into the same ideas that will certainly lead us to the same situation which Christianity finds itself in England.  We can keep our symbols because they are meaningless and we can hold to our truth so long as we are silent about it and it does not influence our words or our deeds.
Posted by Pastor Peters at 6:00 AM

England ceased to be a Christian nation quite a few years ago. They have been eating their seed corn for years, and now there is very little left.
Fr.D+

"I was struck by one sentence from case law that I fear could very well be the direction of American law if the progressive party in politics has free rein."

It's too late. Such free rein has already begun. In Obergefell v. Hodges Traitorjustice Kennedy excreted the following opinion:

"The right to marry is fundamental as a matter of history and tradition, but rights come not from ancient sources. They rise, too, from a better informed understanding of how constitutional imperatives define a liberty that remains urgent in our own era."

The leftist (aka "progressive") perversion is better described as "The devolution of law..."