What shall I wear? 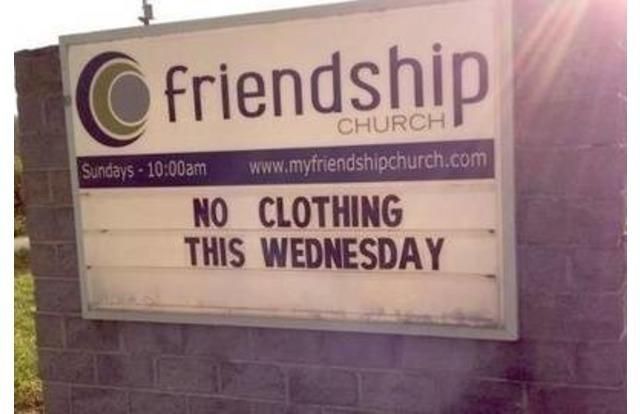 I am not much of a fan of the casual attitude toward dress.  It occurs to me that eventually we will only wear pajamas and at the rate things are going that might be sooner rather than later.  Such is already the case when you drop by your local Walmart!  We seem to be driven by the need to feel comfortable.  That is a dangerous thing -- especially in places where comfort is at odds with what is going on!

It still bothers me when folks show up for the Divine Service looking unkempt.  The issue is not what they are wearing or not, but why.  It has less to do with how they appear than why they appear before the Lord in His house looking like they do.  We dress as a reflection of how we value and view things and how we value and view ourselves.  The dressing down for worship has been accompanied by a real lack of preparation for meeting the Lord who comes to us in His Word and Table.

People dress badly for worship for more than just a simple preference for casual clothes.  We dress down as a sign that we are either indifferent or unimpressed by where we are going or what is happening there.  In the same way we dress up when we believe where we are going and what we are doing is special.

Also troubling is our resistance to doing anything more than the minimum.  We do not dress up because we are just plain lazy or don't feel like it.  The minimal amount of effort it takes to clean up our appearance and our resistance to even that effort is symptomatic of larger problems.  Some of these we see in our victim culture in which we refuse to take responsibility for or inconvenienced by just about anything.  That might reflect either an attitude of superiority which is incompatible with the repentance or it may betray the fact that we have given up, also a serious concern.

In any case, it is seldom because we have no better clothing to wear.  Hidden in our closets are all sorts of clothes that could be worn.  Goodwill is filled with fine clothing at a nominal price.  We could make the effort if we wanted or felt it was worth it.

So there is my rant as we are making our way to Christmass and what will certainly be a strange mix of people and dress.  Of course I am glad the folks are there but the casual dress sometimes comes across as a dare to a pastor to make the whole event worthwhile.  And that is not a good place for a pastor or people to find themselves.

It sounds as if you are verklempt about people being unkempt. :)

Totally agree with you! This instinct to be informal is quite a remarkable culture-shift in the past fifty years.

To play for the New York Yankees baseball team, you must be clean
shaven and no facial hair is allowed. No tacky beards or goatees.
You must also have a decent haircut and no long pony tails or
dread locks are allowed.

Look at some of the Lutheran clergy and you know they do not play
for the New York Yankees. When clergy wear tacky beards and
bad haircuts, then the laity get the idea that life is casual.

In the video that Pr. Peters posted a day or two ago of the Evangelical Free Church minister interviewing Pr. Will Weedon, the EFree man looked much more grubby than the folks who cut my grass. Pastor Weedon looked like a Lutheran minister. It is entirely a reflection of the importance that they attach to their offices.

The interviewer is Matt Whitman, who earlier this year resigned as Senior Pastor of the Lander (WY) Evangelical Free Church to "do more internet stuff." Whitman now attends an unnidentified Presbyterian Church.

Note to "Crazy Vehse": We do not care. Crawl back into your retirement hole and take up knitting. You are a baffoon on Internet sites.