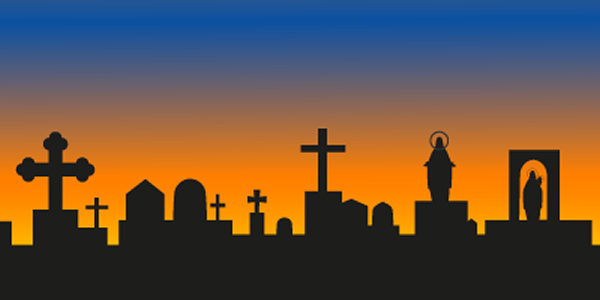 Not a day passes without someone somewhere talking about the great decline of faith and Christianity in particular.  The rise of the "nones" continues unabated, to be sure.  Yet the whole thing is not quite what it appears.  We are religious by nature.  Religion will survive but we are no longer bound by common faith as once it appeared we were.  Christianity competes against more and more invented religions generally only one person deep and one person wide.  How strange is that!

The religion that holds our attention and has sway today does not bind us together -- except in the pursuit of our separateness.  It is certainly not Christianity but what it is cannot quite be labeled or named as religious movements of the past were. Part of the reason for that is that Christianity today suffers from a crisis of identity.  To so many, Protestants and Roman Catholics alike, it has become a vapid and shallow sentimentality in which truth has been sacrificed for the sake of feelings.  It is a Christianity without much transcendence and one which exists primarily to promote present wants and accomplish strategies for current desire.  In one sense, the religion that has captured us and so many religions is no longer religion in any genuine or historic sense of that term.  We are bound not by dogma or creed or even moral truth but our pursuit of meaningfulness.  So people who do not believe in Jesus can enjoy a crucifix and those not Roman Catholic can keep a rosary and those who should have a crucifix or rosary can practice yoga and meditation instead.

The religion of today uses the sacrament of the screen whether in pursuit of a binge-watching of series on Netflix or other online source or our addiction to video games so sophisticated that we forget they are but virtual to our consumption of social media in its various forms, to pornography that substitutes for real intimacy to the endless litany of face news or stories enhanced to grab our attention.  So God does not hold our attention nor does tradition bind us to practice but what we see or read or do in the moment has become the all in all.  This religion is of the imagination and yet this imagination is not free but slavishly pursues the transient object of the screen.  There is even a place in this for the deity of advertising and the god of consumer satisfaction (think here of how we consult ratings and report them on what we have seen, watched, done, or purchased).

Why is this winning the hearts even of Christians?  Could it be that the practice of the faith has become so distant from its doctrine and its piety so optional that we are grounded in less and bound by little?  For if it can be said that the belief of Christianity is wavering, it must be admitted that the practice of the Christian faith, in whatever form, is much rarer today than in the past. Piety has become largely secular and the lines once drawn to connect us have been cast off like the moorings of a ship are cast off so that it can set course for its own destiny.  The once powerful mainline Christian churches are either on the verge of extinction or else they are indistinguishable from the culture around them. Even among Roman Catholics where the obligation of the mass is still the rule, mass attendance has become an occasional thing.  Congregations spend as much effort just getting people to come as they do giving them the faith.  Churches are fading but they are fading in large part because piety is fading and the practice of the faith is fading among those who once lived by the weekly rhythm of worship, whose lives were marked by forms of worship and prayer even in daily life, and who lived by a roadmap of accepted moral absolutes.

People did not stop believing and then give up piety but the abandonment of piety and practice led to a faith without truth and a church without conviction.  That is what we are up against.  We should not try to reason people back to belief but if we do not model this faith and piety before the world they will have no reason to pause on their journey toward self-awareness.  This is why what happens on Sunday morning is not adiaphora or a thing indifferent.  This is why the traditions that mark our practice are important to guard and sustain the tradition of doctrine and belief.  We stand because Christ is speaking His Word.  We baptize because Christ is in the water doing what He has promised.  We eat the bread and drink the wine because Christ is giving us His flesh and blood.  This is why we bow and genuflect, why we kneel to confess our sins, why we open our lips to sing, and stand in praise.
Posted by Pastor Peters at 6:00 AM