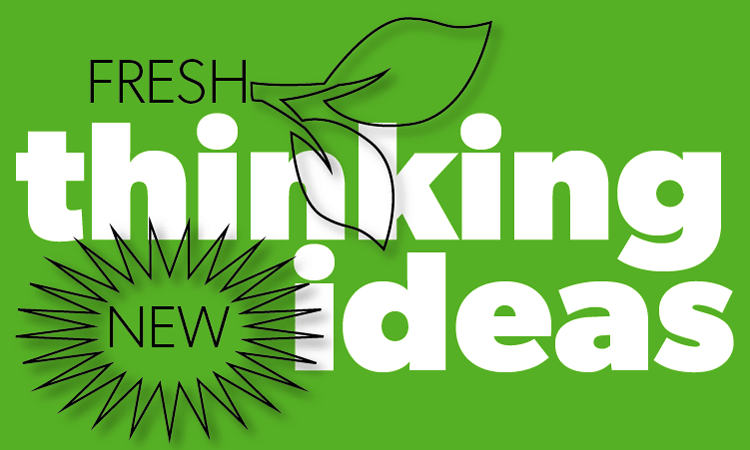 Rome has been preoccupied with the so-called Amazonia Synod to address problems common to the area but not only there.  So far we have heard of the need for Amazon culture to inform the culture of the Roman Church and to open the ministry to women (albeit so far only the diaconate).  What intrigues me, however, is that these things are called fresh ideas.  There is nothing fresh about the stale thinking that the faith must be subject to the culture both in content and in form.  That is the oldest thinking in the world and one with which every age of Christianity has had to wrestle.  It is surely no different in our own age.  Fresh ideas and fresh thinking continues to attack the faith with old ideas and stale thinking that has contributed more to the decline of the faith than its vibrancy.

Some of you may be wondering why we Lutherans should pay any attention to what is happening in Rome or in the Amazon, for that matter.  But that is the issue.  We are facing exactly the same challenges.  We are being told all the time that the liturgy is the impediment to a vibrant faith and congregation, the hymns are driving people away and different music will bring them back, that the Church's doctrine must develop and change to keep up with what is going on in the culture around us or we will be judged irrelevant.

Rome is not the only church body threatened with and by these old passe ideas.  We have had our own voices insistent that because of the times, things must change.  And to be fair, that is true to a point.  The way people communicate has changed.  The family is under constant threat.  The social media have led to individual isolation.  The idea that there can be truth or that you can know it or that it matters is no longer a given.  It is not your grandfather's church, to be sure, but the faith is the one thing that dare not change and the liturgy is the faith prayed on Sunday morning so when it changes, the faith changes.  Until we learn this, Rome and Lutheranism will continue to be victims of our own desperation.

But the solution to our problems cannot be gleaned by setting up listening posts among the people who do not know Christ and who are not asking us any questions about Christ.  We must learn to hear what they are saying but the Church will survive, grow, or die because we have confidence in and preach and teach faithfully the Word of God.  In every case when we have second guessed God and tried to fix the problem on our own, the result has not been success but disaster.  From Abraham and Sarah's fix to the problem of no heir to the Golden Calf that kept the Israelites busy while Moses was with God on the mountain, we have a history of disasters that came from fresh ideas that were stale rehashes of yesterday's failings.  Now is no different.  I am not saying that we must keep on doing what we have always done -- some things must and will change -- but we need to take care that we are not changing the one thing needful, the Word of the Lord, the creedal confession of fidelity before the world, the liturgical life that meets the Lord where He has pledged to be, and the Office of the Ministry which is itself a means of the means of grace (at least!).

“It is not your grandfather's church, to be sure, but the faith is the one thing that dare not change and the liturgy is the faith prayed on Sunday morning so when it changes, the faith changes.”

And yet this blog regularly cut and pastes novel terms such as “the sacred deposit” (are we talking about tradition assuming an equal role to scripture here?) and explanations of the sacrament from Orthodox websites as being equivalent to Lutheran teaching. They are not. Changes in worship change the faith, you say. Yet your group, the so-called confessionals, never met an Orthodox phrase or practice you didn’t like or seek to introduce into Lutheran worship. No wonder so many leave for the friendly, contemporary evangelical fold. No one pines for more medieval hymns, incense, Eucharistic prayers, bishops, etc. excepts for a small, embedded, intellectual clergy class. The Lutherans that are left are real Lutherans who still sing the liturgy from TLH louder than anything else. Our doctrine is our crown jewel; why erode it by constantly borrowing from and pining for what everyone else (Orthodox or Evangelical) is doing?

You may answer, because the culture is not buying what we are selling anymore, so we must change, either in a contemporary or “evangelical catholic” direction. The truth is lurching either direction is not going to change that. Accept the fact that there is a Western American liturgical model that is fairly middle of the road that we already follow. Albs and stoles, introit, confession and absolution, readings, sermon, offering, sacrament, dismissal. Traditional mostly English and German hymns. Doctrine from the Small Catechism. A solid faith grounded in Scripture. This is what we as a church need to be.

Sacred Deposit: By the Holy Spirit who dwells within us, guard the good deposit entrusted to you. 1 Timothy 1:14

I have no idea what you are referencing when you say: explanations of the sacrament from Orthodox websites as being equivalent to Lutheran teaching. Give specific examples.

When you said: the so-called confessionals, never met an Orthodox phrase or practice you didn’t like or seek to introduce into Lutheran worship. I am pretty sure that what you are referring to are not simply Orthodox (meaning Eastern) but orthodox meaning LUTHERAN. A good share of the time when people talk about such things, they simply do not know what Lutherans looked like for the first several hundred years of our history and are comparing things to how they grew. Orthodox Lutheran practices may or may not be the same as what you experienced when you grew up. I cannot know without specific examples. I have referenced many good books on this blog to help frame out the history. Read them.

Your wrote: No one pines for more medieval hymns, incense, Eucharistic prayers, bishops, etc. excepts for a small, embedded, intellectual clergy class. The Lutherans that are left are real Lutherans who still sing the liturgy from TLH louder than anything else. Our doctrine is our crown jewel; why erode it by constantly borrowing from and pining for what everyone else (Orthodox or Evangelical) is doing? Lutheran chorales are OUR heritage, Lutherans actually used incense regularly for at least half our history, and bishops are those who exercise ecclesiastical oversight and supervision (the word IS Biblical after all) and does not automatically mean Roman or Eastern style bishops). TLH was a great hymnal. I grew up with it. But TLH is not the golden calf of book or its practice the sublime moment in Lutheran history. In fact, as a book it was a restoration tool and many who had grown up prior to 1941 actually complained that TLH was too catholic! Imagine that.

You imply that I am against "middle of the road" liturgical practice but what you describe would be gladly welcomed by me and most confessionals who see Lutheranism going in the opposite direction. At the same time, why do you complain about anything that is not middle of the road? Interesting that you suggest English hymns are more the norm for "middle of the road". I love many English hymns and most of them in our hymnals are English but in part English was chosen because it is typically less doctrinal than Lutheran chorales. I think my point is doctrinal hymns of substance -- whether German or Scandinavian or whatever.

I am not sure what you complaint is except your personal preference is against some of the things that Lutherans were once known for and you seem offended if we return to them.

Anonymous, please don’t be so inclusive in your comment, “no one pines for more medieval hymns, incense, etc...” I am now Lutheran, formerly Baptist, and Calvinistic. I DO pine for more medieval music; it is what I often listen to on my Pandora - yes, I’m weird. I am no former hippie, but I do look forward to the incense in our services this time of year.

I am not alone in this; there are many recovering evangelicals (to use IssuesEtc’s moniker) who very much love and enjoy the “orthodoxy” of Liturgical services. I am not leaning toward Rome or Constantinople. Orthodoxy is to be found not in a time period, but in a doctrinal stance, in the “deposit” (i.e. the confession). It has nothing to do with tempus (compare our Lutheran liturgy with that of St. John Chrysostom) but with veritas.

The "Sacred deposit" of the faith (depositum fidei) is the teachings of the Catholic Church that are handed down since the time of the Apostles th Scripture and Sacred Tradition.“ —Wikipedia

Yes, the initial comment was a little brusque, but I wanted your thoughts; thanks for replying.
Lutheranism was never monolithic in practice; however, to champion a certain expression of historical Lutheranism is fine. My issue is with the narrative that Lutheran practice always aped medieval Catholicism up until the Enlightenment, which is just not the case.

Lutherans did not have to ape" anyone. They merely continued the carefully conserved practices they inherited. They did not borrow. They were true to their roots and to their claim to be the real catholics (see end of the Augsburg Confession).

Not true, yet that is the narrative. Lutherans practiced iconoclasm in Lower Germany (see Andreae) and at Our Lady Church in Copenhagen in 1530. Gnesio-Lutherans removed altarpieces and pulled altars away from walls. Montbéliard refused to wear the surplice over the black robe even after the Interim and Duke Christoph ordered its return. Chemnitz refused to allow elevating the sacrament, while Hessian Lutherans bristled at its banishment when the Reformed took over the Electorate. There’s a lot of variety there.