Prayer does not live in virtual reality. . . 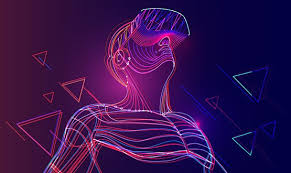 After spending weeks and months simply trying to keep the doors open, I need to spend some time in thought about the blessings and curses that will follow some of the decisions made along the way.  One of those has been the quickness with which churches have moved to video worship.  This has been a mixed blessing.  On the one hand, videoing the Divine Service has allowed those confined to their homes to know and rejoice that the Church continues to live.  From what I have heard from our members, this has been a wonderful blessing to those not able to attend (whether due to fear of the viral threat or because of comorbidities that make it dangerous).  I will admit that we have intentionally tried not to be too slick in our video expertise.  It is more like a camera replacing a set of eyes than it is a video production.  The sound is not perfect and the focus is not on the pastor but on the chancel itself.  In some respects we have broken all the rules.

The reality is that our people have had a great deal of trouble finding this virtual reality a fitting substitute for being there.  If anything, the videos have only increased the longing for the real thing and made the hunger for the Lord's Word and Table even greater.  All in all I am not sad about this.  That is how video works best -- at least video of the Divine Service.  It gives you the ability to glimpse what is happening in the life of those gathered around the Lord's Word and altar but it does not compete with that reality or even come close to presuming to be that reality.  I know I am not alone in this and I am encouraged when pastors have used video not as a substitute but to complement the focus upon the pulpit and altar.

It is a good thing that our people are offered the Sacrament of the Altar more frequently than ever before and it is a good thing that our people have availed themselves of the blessing of weekly communion.  We may not all recall those days in which the Sacrament was treated like some prefer to encounter a child -- better seen but not heard and, for that matter, better not seen that much either -- the central focus on the Eucharist has come at a cost.  Most of our people know less well the prayer offices that once were much more familiar -- Matins and Vespers at a minimum.  Indeed, I fear that we have become strangers to the shape of our prayer tradition with its focus on the morning and evening offices, the Litany, the Bidding prayer, and the like.  Lutherans once enjoyed the Divine Service as a the main jewel of their life together but not the only one.  It was supported and surrounded by the great prayer offices that had once and still governed our life of prayer.

I have been at a couple of events in which a hymnal was not available and the leader of the worship asked us to pray Matins together from memory.  It did not take long to realize that many, perhaps even most of us pastors, no longer were able to pray the office together without prompting.  If pastors are not able to pull from memory an office once familiar to us all, how can we expect our people to recall and pray this office as well?  My fear is that it is not merely the office that has been lost but the discipline of prayer itself.  If that is the case, then we have our work cut out for us.  Our life together flowing from and back to the Divine Service should not live in isolation from the prayer offices that once defined us also.  In fact, there is no competition here.  Our life together around the Word and altar of the Lord is the source of our rich lives of prayer and petition.  They do not compete.  In fact, if we are doing well in the realm of the Divine Service, then we have the resources and context to translate that devotion into the life of profound and regular prayer.

It is not for lack of resources or forms.  Just the opposite.  We have prayer books up the kazoo and formats to fit every taste.  We have apps that can help us define and live within the life of prayer that ought to characterize us as the people of God.  We also have an abundance of devotional books that would assist us toward that very goal.  But it just may be that our focus on the visual and our fascination with technology and virtual realities may just sink the fruitful desire to be together in prayer.  Prayer does not live well within a virtual reality that presumes to be the same as this kind of real presence.  It suffers from those who believe that watching is the same as being there.  We ought to have used the time we had to live apart because of a viral threat to rediscover and renew our commitment to building a fruitful and faithful prayer life.  Maybe some did but I fear that most did not.  Now as many, if not most, of us are venturing back to the Lord's House, we may find that having forgotten to practice the presence of God in a rich and deep prayer life, we may need to start all over again, asking the Lord to teach us to pray!
Posted by Pastor Peters at 6:00 AM

Brilliant words that echo what other like-minded, faithful pastors think.

I agree. Most of us are tired of this world of "virtual" reality, rather than "actual" reality. There is no substitute for personal and social intercourse between people, with the free exchange of words and ideas. We are social, not meant to be isolated and remote. Who wants to be an ascetic or live like some kind of 10th century monk. Well, since the monks lacked televisions and computers, guess the comparison is invalid. It seems to me with 36 million people unemployed in the United States, schools closed, playgrounds abandoned, churches bare, we are in a bad way as a society. If we stay closed, there will be more deaths from non Covid19 illnesses being neglected, since cancer screenings and other health issues are secondary priorities. People are drinking alcohol in larger numbers, drug addiction is up, crime is climbing, the economy is in ruin, civil disorder coming soon. The natives are restless, The disease of the virus may be bad, but the collateral damage will be far worse. We must pray for wisdom. This is a crossroad in our history as a nation.