Putting ourselves in danger. . . 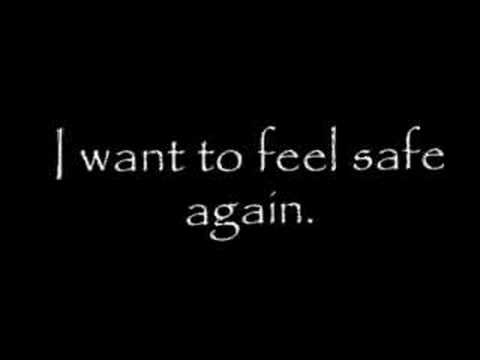 I must admit that I do not quite know what to do with the statement by some that they either don't feel comfortable or safe coming to worship.  I can wrap my head around the idea of not wanting to put others in danger, although that same sentiment should preclude nearly all travel or time outside the home.  But the question of personal safety or the comfort of one's own conscience is another matter.

The reality is that the Church has been open in time of war, pandemic, plague, economic disaster, and any other kind of threat you can imagine.  The Church is not closed for rainy days nor is she open only when the sky is blue and the sun shines brightly.  Looking back over time, you can see this.  The Church did not only keep open her doors but became a refuge for the hurting, the wounded, the fearful, and the threatened.  That is still the case.

Look around the world and you see Christians who risk life and limb to be Christian, to worship in God's House, and to practice their faith.  The world is a dangerous place and not simply because of COVID 19.  It is dangerous because Christ has real enemies and so we have real enemies.  It has never been possible to be Christian and to be safe -- except in the arms of our eternal Savior and Redeemer.  While we Americans may have forgotten this, there are people around the world who know it as the painful reality they face every day and, especially, every Lord's Day.

We fear disease and death and worry this is a cost too great for us to ignore.  So we have stayed home and sheltered in place.  We complain about the cost of such stay at home orders while we play on the internet, watch movies on our big screen TVs, shop online to be delivered to our door, and grab a meal that will be brought to us.  We have given up less than most and yet sometimes we complain the loudest.  And I am speaking about Christians!

Last year our Synod celebrated 125th anniversary of our first foreign missionary.  His story is compelling.  K. G. Theodor Naether was born Setp. 14, 1866, in Bautzen, Germany. He struggled as a child and did not speak until over 3 years old.  Though he had the desire for mission work, he was discourage all along the way.  In mission school he began learning the Tamil language and was commissioned,   ordained, and sent by the Leipzig Mission Society to India on June 30, 1887

He was expelled over a doctrinal controvsery with his sending society and was urged to contact C. F. W. Walther in America and the Missouri Synod.  After a visit, he was called to be an LCMS missionary to India on October 13, 1894.  At a stop in Germany on his way to India, Naether was engaged to schoolteacher Johanna Naumann of Dresden. In December he left for India and she followed a the next year to the town of Krishnagiri in the Salem district where he opened a school for
boys in August 1895.

Other missionaries left the Leipzig Mission to work with the LCMS and help with the India Mission, including Johanna's brother. The Naethers’ suffer the bitter loss of their firstborn son and daughter, both in June, 1899.  Another two daughters were born in 1899 and 1901 but times were tough and they saw no progress in their mission until the first baptism of a local convert in 1900.

In the first months of 1904 the plague breaks out in the region. Naether buried a mother and her newborn, victims of the plague, and then collapses himself.  Naether wrote his last will and testament and dressed himself for burial and laid himself in the coffin so that others would not have to touch his infected body and died of the plague on February 13, 1904. Johanna gave birth to the daughter Ida on July 26 of that year before returning to Germany.  He was 37 years old.

In numbers, he accomplished little.  After nine years, the entire India Mission accounted to 38 baptized souls, only a few of which were pagan converts.  But by 1958the India Evangelical Lutheran Church was established -- a partner church of the LCMS numbering over 100,000 Christian brothers and sisters in hundreds of congregations and nearly 80 schools.

His sacrifice was unreasonable by every measure except faith.  His courage would be labeled foolishness except by the Lord who used this man in such a profound way.  His death would be a tragic loss except when judged by the fruits of his work -- fruits he never lived to see!

Are we strong enough to endure our trials with the same courage and confidence in God's sufficient grace as missionary Naether and his family?  Imagine the contrast between people afraid to come out to worship and a missionary who knew the risk and took that risk for the sake of the Kingdom.  I am not at all suggesting that we cast precaution to the wind and ignore medical advice.  But I am asking if our faith is strong enough to let us leave our homes and rejoice to gather again as the people of God around His Word and Table.  There is risk in everything, good people, and the only real safety lies in the arms of our Savior.  I hope and pray that when the day comes and the doors open again, we will not continue to fear the dangers out there or risk going where there are no guarantees but the Lord's and resume our life together within His house, around His Word, and kneeling at His altar.
Posted by Pastor Peters at 6:00 AM

Why are we in a state of fear when we who have Christ’s name on us have eternal life?

We feel uncomfortable because someone in Divine Service might cough on us, or not have germless hands (not a possibility, BTW). Beloved, we are in the presence of the God of the Universe. Our God is a consuming fire, and we come before Him each Lord’s Day we gather (of course, we are in His presence every minute). Mercifully, our God loves those who wear (and fear) His Name. He WANTS us to come into His presence, and receive His gifts.

I am guilty as any of fears about COVID, but fear is not something we dismiss; it is something we overcome, through the Holy Spirit. Though we are afraid, let us come boldly, trusting in the goodness of our Lord.