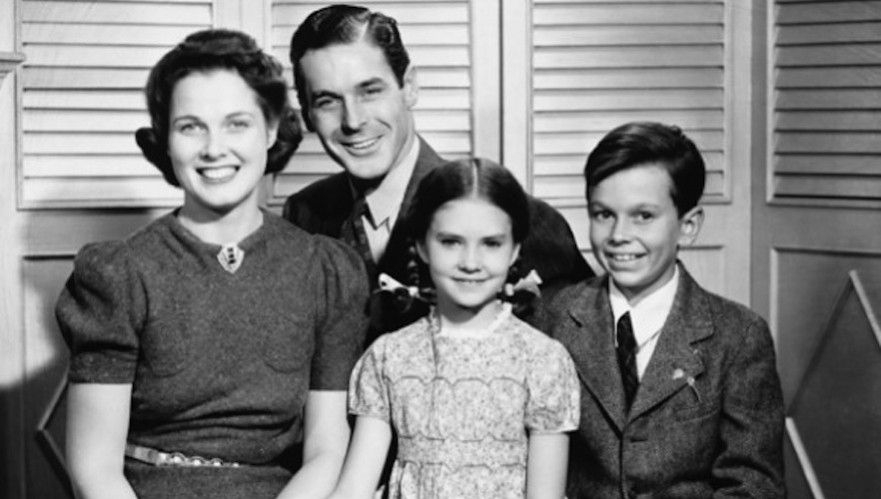 I was reading The Atlantic an article by David Brooks.  It is a long journey through the many changes of the American family.  It is NOT a typical retrospective looking back to a single period as the golden age of the family.  Instead Brooks follows the changes.  I was struck by three paragraphs from the longer article that focus upon the changes from 1960 to the present day:

Americans today have less family than ever before. From 1970 to 2012, the share of households consisting of married couples with kids has been cut in half. In 1960, according to census data, just 13 percent of all households were single-person households. In 2018, that figure was 28 percent. In 1850, 75 percent of Americans older than 65 lived with relatives; by 1990, only 18 percent did.

Over the past two generations, people have spent less and less time in marriage—they are marrying later, if at all, and divorcing more. In 1950, 27 percent of marriages ended in divorce; today, about 45 percent do. In 1960, 72 percent of American adults were married. In 2017, nearly half of American adults were single. According to a 2014 report from the Urban Institute, roughly 90 percent of Baby Boomer women and 80 percent of Gen X women married by age 40, while only about 70 percent of late-Millennial women were expected to do so—the lowest rate in U.S. history. And while more than four-fifths of American adults in a 2019 Pew Research Center survey said that getting married is not essential to living a fulfilling life, it’s not just the institution of marriage they’re eschewing: In 2004, 33 percent of Americans ages 18 to 34 were living without a romantic partner, according to the General Social Survey; by 2018, that number was up to 51 percent.

Over the past two generations, families have also gotten a lot smaller. The general American birth rate is half of what it was in 1960. In 2012, most American family households had no children. There are more American homes with pets than with kids. In 1970, about 20 percent of households had five or more people. As of 2012, only 9.6 percent did.

And we wonder why we peaked in membership in the 1970s and have struggled ever since!  We were targeted toward one form of the family without realizing all along it was merely a glimpse in time.  In addition, we did not realize until we got there where these changes would lead.  There are more American homes with pets than with kids.  There it is.  And Americans want their pets.  They are not so sure they want children.  Before we try to re-adjust to meet where things are now, we need to make sure that we are looking further ahead.  Adult children have less interaction with their parents and grandparents than at any time before -- this in addition to the decline of marriage and the reduced number of children in those marriages.

While it is true that the more money a family has, the more able that family is to weather the changes and remain in tact.  The difference is that the roles extended family once played and now taken by strangers who are paid for their services.  The low income segment of the American family does not have this option.

More American children grow up without a father or even father figure than in any other developed nation.  This is not simply due to divorce but to the remarkable number of women who have children outside of marriage. On average, children of single parents or unmarried cohabiting parents tend to have worse health outcomes, worse mental-health outcomes, less academic success, more behavioral problems, and higher truancy rates than do children living with their two married biological parents.  The point is not to blame the single parent working hard to be two parents, the wage earner for the family, and the one who bears the weight of the family alone.  Instead, the point here is to acknowledge how far and how fast these changes have taken place-- all the while we in the church were doing more navel gazing than addressing the changing landscape around us.

Oddly enough, economic uncertainty and job circumstances may have created another blip in the statistics as some Millenials have become boomerang kids living at home again and taking up the prospect of caring for at least some of their adult parental needs in exchange for the room and board.  Nobody is saying that we will revert to the multi-generational norm of a hundred years ago any more than the nuclear family will up and disappear in the near future.  Neither of these is going to happen but the changes to the American family have a profound effect upon the Church.  The solution to the Church's problems is not simply for our members to have more children or move in together but we cannot look at our future without acknowledging these changes.

Those who laughed and derided Pres. Harrison when he pointed to the decline in the birth rate in connection with the decline of the LCMS were fools.  And those who think that we can reverse the present circumstances and re-create the 1950-1965 period are just as foolish.  But no one can look at what is happening in the Church in isolation from what is happening to the family around us.  Just some thoughts after reading some thoughts.

What you have observed about the American family is true. It has changed over the past 50 years; the defining period in my opinion was the 1960's. When it is brought up in conversation with strangers that my wife and I have been married nearly 50 years, some people act as if it is very unusual. Many people have had more than one divorce, including much of my old high school graduating class. I consider it very sad indeed. I feel blessed that the Lord brought into my life a woman who has been the best thing that ever happened to me, whom I met at the young age of 23. She was just 20. Not only do we share the close bonds of love and marriage, but friendship, spiritual and emotional intimacy, and similar values. My wife is also very pro-life and traditional in her outlook, and even our politics is naturally in agreement. Our religious life together has been a journey of faith. I cannot relate to much of what my country has become over the past 50 years. I often feel out of step. My children are also traditional and would be considered in step with modern society. I do not think we are alone. It is a good thing to be different, if different means being less of a conformist in a fallen world, and having a pilgrim and stranger's outlook is the better way. Praise the name of Jesus.

I agree that present circumstances will not completely be reversed to resemble the period in American history between 1950 and 1965. Nevertheless, I was heartened to observe the family photos included in the 2020 Call, Vicarage, and Deaconess Intern placement service. The presence of many children in these families indicates that the institution of the family is taken seriously in certain quarters of society. To the extent that seminary training contributes to this, praise God. Keep up the good work. May God bless these servants of the Word as they embark on their vocations. There is hope.

Hi John, enjoyed your comments as they mirror most of our situation, other than we are on the plus side of 50 years of marriage. Having a compatible spouse makes married life a lot easier. Pro-life is one of our passions as well, along with traditional values.

I agree with your assessment that real change started to happen in the 60's. Prior to that life centered around church and family, but everything radically changed when the 60's exploded upon us. There was all kinds of entertainment blossoming, with night clubs, mixed drinking etc taking a foothold on our way of life. The world with all it's vices were presented as very enticing and liberation and choice were to be followed with joy.

Life took a radical change in the 60's, and there was nothing the church could do to counter this tidal wave. People enjoyed this new freedom and the exodus of the churches began.