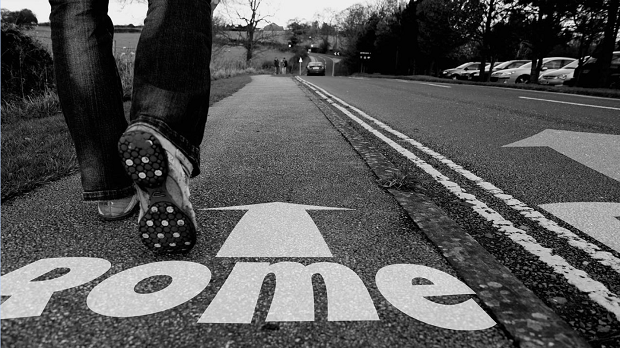 So the word is that former editor of Christianity Today, Mark Galli, has become a Roman Catholic (he was a Presbyterian).  While it is no surprise, the Evangelical House has not been in very good order for some time and the choices for orthodoxy have become increasingly narrowed throughout Protestantism, what is sad for me is that Lutheranism got barely a second look from Galli.

Even though it’s clear in retrospect that this moment was key, I still wandered, looking for something that my evangelical faith could not supply. So I dabbled in Christian mysticism for a while, then Eastern Orthodoxy, and then a theology of radical grace as expressed in certain Lutheran writers and the theologian Karl Barth.

It’s interesting now to see how Catholicism in many ways was the fulfillment of each of these paths. Certainly the tradition of Catholic mysticism is most impressive, especially as seen in St. Teresa of Avila and St. John of the Cross, among many others. And the importance of the Church tradition and being organically tied to the early Apostles—that’s not just in Eastern Orthodoxy but also Roman Catholicism. And despite the feelings of many Protestants that Roman Catholicism is a version of works righteousness, I discovered that Roman Catholics believe in a grace that is even more radical than the radical Lutherans profess. So these so-called detours were actually preparing me to enter into the fullness that is the Roman Catholic Church.

I am not at all sure who the radical Lutherans or certain Lutheran writers are, but it is a troubling thought to me that Lutheranism did not fare better in this man's search for a church home.  On the one hand, I can understand why Lutheran churches are not attractive.  They are a mess.  You have a choice of size (ELCA) at the cost of orthodoxy and at the risk of heresy.  You have the choice of a very small body (WELS) which is inconsistent.  You have the choice of micro Lutheran groups that are so small as to be almost invisible.  And then you have Missouri which has so much promise and yet struggles in the execution of faithful, vibrant, and effective confessional Lutheranism in faith and practice.  Never mind the Lutherans of Europe.  But Lutheranism ought to fare better for someone like Galli.  Could it be that Lutheran groups have so colored the image of Lutheranism that people shopping for a more orthodox, sacramental, and historic faith cannot see the promise of the Confessions for the broken promises of the Lutheran bodies before them?

Being confessional and orthodox in faith and practice is not only for the faithful, it is our witness to the world.  It is not only those already in this church who suffer when pastors and parishes go off the reservation.  We compromise our confession before the world.  And people who are searching for roots, serious theology, Biblical integrity, vibrant sacramentality, traditional liturgy, wonderful music, and an alternative to the emptiness of Protestantism, dismiss the choice of Lutheranism because of the Lutherans.  We cannot be more than we are but we should not be less than we are.  And the first step to regaining Lutheran witness before the world is to be Lutheran in doctrine and practice.  Something worth considering on our way to Reformation Day this year. . .

For a Lutheran, Galli's religious journey can be described as "out of assorted frying pans into the fire." Galli is also a NeverTrumper who, in his 2019 Christianity Today editorial, called for the President's removal from office.

"You have the choice of a very small body (WELS) which is inconsistent."

Just about all the concerns voiced by Pr. Peters regarding Lutheranism can also apply to Anglicanism. We are in many respects quite parallel.

Lots of red flags in this testimonial:

“I still wandered, looking for something that my evangelical faith could not supply.”

Searching for an emotional or mystical component to supplement a solid faith in the truthfulness of the word of God.

“And the importance of the Church tradition and being organically tied to the early Apostles—that’s not just in Eastern Orthodoxy but also Roman Catholicism.”

Needing institutional traditions for assurance to supplement a solid faith in the truthfulness of the word of God.

“I discovered that Roman Catholics believe in a grace that is even more radical than the radical Lutherans profess.”

You are leaving out that he tried the ACNA, which describes to a T the vision of “roots, serious theology, Biblical integrity, vibrant sacramentality, traditional liturgy, wonderful music, and an alternative to the emptiness of Protestantism.” All that wasn’t good enough.

It’s kind of like a reverse church growth argument. Instead of “let’s be like the Baptists and we’ll grow,” it’s “let’s be high church and we’ll grow.” Neither addresses the real issue, which is the dismantling of faith itself in Western society.

And no Lutheran pastor should type the words “the emptiness of Protestantism” with a straight theological face.

Martin Luther would have some suggestions to make lutheran churches LUTHERAN.