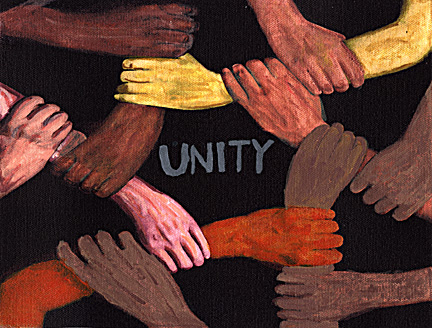 There are those who complain about the many quotes or perspectives from outside Lutheranism that I use to reflect upon things within Lutheranism.  Not a few have asked why a Lutheran cares about what Rome or Constantinople or Geneva says.  I quote a point from the President of Synod's own blog where he describes the benefit of looking at what other churches teach, rejoicing where this converges with us and rejecting what lies in conflict with the Scriptures and our Confessions:

Lutherans do not see themselves as an island apart.  We do not bury our heads in our own sand.  We do not believe that the Church began on October 31, 1517.  We do not believe that the evangelical and catholic faith we hold in our Confessions is exclusive to Lutherans.  Indeed,  we joyfully affirm that there are Lutherans among people who do not call themselves Lutherans.  Call it a felicitous inconsistency as Pieper did or merely rejoice that despite all things to the contrary, there are those who are not "Lutheran" in membership but are indeed Lutheran in faith, whatever.  We ARE interested in the teaching and confession of those who do not wear the Lutheran brand.  We rejoice when we find commonality and we reject what is false.

As I have often said, my time at Concordia Theological Seminary in Fort Wayne was filled with the richest of dialogs with folks from the broad spectrum of confessions and church bodies, most of whom spoke with us on many issues and some of whom challenged us to consider what it is we believe, teach, and confess.  Sometimes the greatest clarity of confession comes not from inter-Lutheran discussions but dialog with those outside the Lutheran circle.  The Lutheran - Catholic Dialogs produced some of the most profound and succinct clarifications of Lutheran confession and faith.  So I do not think we lose by reading those outside our own circle nor do I think that we guard the faithful deposit of faith when we ignore those outside our Lutheran circle.  The point of our Confessions is that they represent the evangelical and catholic faith and teaching -- for Rome and all Christians!  In this sense, they are the most ecumenical aspect of our Lutheran identity!
Posted by Pastor Peters at 10:44 AM

Especially in the American environment where there are so many interdenominational marriages (Lutheran/Catholic being one of the most prominent, as were my own parents although they were European), these issues are ones we really can't hide our heads in the sand about.

"As I perused The Catechism of the Calvinist Church for contemporary documentation of positions of the Calvinist Church which come up in Walther’s book, and are the object of Lutheran polemics, I noted a number of places where there is a remarkable convergence of Lutheran and Calvinist doctrine on the office of the ministry. While we must reject what is false, we can also joyously note what is right about Calvinist teaching on the office. It would be a worthwhile study to evaluate Kirche und Amt from the perspective of Lutheran – Calvinist dialogue."

Would such a statement be similarly treated?

Yeah right, all this dialogue and commonality-rejoicing has made us the solidly confessional Lutheran body we are to-day, where there is agreement on what Lutheranism even is and should be across the board, and you can see it in teaching and practice no matter what parish you step into.

Really, it's news there's commonality. Judas H Priest OSB (there, I made my requisite RC snippet), the Confessions could not be more clear that what we hold is not something new, not something of our invention to introduce, that our effort is to retain, except for accretions that contradict Scripture, the pure common confession of the Christian church all along, before Mr Luther ever looked at Mrs Luther with a twinkle in his eye.

That's why the title page says "Christian", not "Lutheran".

How about evaluating Kirche und Amt from the perspective of Kirche und Amt? If other churches have bits and pieces of what we hold, good for them. For them.

Terry, what is a "Lutheran in faith only"?

Ipse dixit. I just recast it to mirror the contruction of LINO.