A faith without any piety... 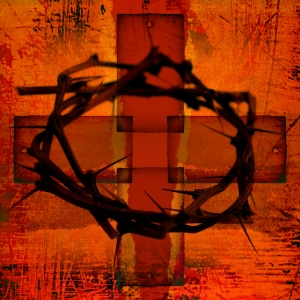 Every now and then I get a little fed up with those Lutherans who decry the liturgy, who ridicule fasting and other godly preparations before receiving the Sacrament, complain about any "outward" piety such as ashes, who insist that private confession and absolution is hardly essential, or who insist that church music and worship "style" are purely a personal choices.  They are the adiaphora police who turn on the siren anytime they fear someone might get close to suggesting that there is a practice inherent to the Confessions.  They turn on the red lights anytime good works are mentioned and insist that justification is the most proper subject of preaching and teaching and that sanctification will come if justification is preached.  They wince at a clerical collar and wear vestments uncomfortably as if they had to prove that their hearts are not really in it.  They complain at a mention of chanting or pipe organs as if these impede the cause of the faith or, at best, are expensive and unimportant.  They resist any impulse to art or excellence and act as if beauty is inimical to the Gospel instead of flowing from the Gospel.  They hold to a temporary presence of Christ in the bread and cup -- or a receptionism which avoids any real connection between the Lord and these earthly elements.

In short, these folks refuse any sort of piety whatsoever -- except a mental one.  They would insist that Lutheranism is a faith without a piety and that the reformation war was basically a battle over piety.  They are wrong.  Their constant poo-pooing of a recognizable piety is weakening the Lutheran faith and turning it into an intellectual exercise.  Yet the weird thing is that a lot of these folks read Max Lucado (and all the other evangelical authors), listen to contemporary Christian music radio, and read the generic how to magazines of evangelical Christendom as if these were fully consistent with Lutheran faith and identity.  They refuse every vestige of catholic piety in favor of an evangelical piety slanted to a non-sacramental theology.  I recall one of these folks telling me that they read Harold Senkbeil and wondered what on earth he was talking about.  In the next sentence he was telling me about a great article on youth ministry in the latest issue of Group magazine.

So we are left with a Lutheranism that hums the music of others, that reads generic Christian literature, that prays the prayers of evangelicalism, and that tolerates only reluctantly the sacraments.  In this Lutheranism, we have jettisoned every outward manifestation of our evangelical and catholic heritage and the most profound aspect of our piety is prayer, everyone holding hands in a circle telling God what we "just" want.  I am not trying to make everything I do or think mandatory for Lutheran piety but suggesting that there are legitimate aspects of a Lutheran piety which we should acknowledge and encourage.

Now I have only written this off the top of my head (rather square and dull) and yet I think this is a place where we can start to speak of and encourage a Lutheran piety with is both fully authentic and consistent with our Confessions and yet not the imposition of rule or requirement in such way that this excludes the free response and expression of the Christian to the work of the Spirit and the Word of the Lord.  You tell me if I am off base or not...  Feel free to add to this list where you think I have omitted something.  Let the discussion begin!
Posted by Pastor Peters at 6:00 AM

Growing up LCMS, I was never encouraged to even think about private confession and absolution, let alone partake of the gift at least once a year. My current pastoral practice seeks to remedy that sad situation by offering private confession regularly every Advent and Lent. At least someone might be curious enough to ask the question "Why" is Pastor talking about this?

Our Holy Scriptures speak more about
Christian discipleship than Lutheran
piety. The Holy Christian Church
is built on Word and Sacrament.
God's grace forgives the repentant
sinner. Faith in Christ receives
his gifts of forgiveness and eternal
salvation. Martin Luther wanted his
followers to be called Christians
not Lutherans. The Bible is more
important than any man-made book.

1) Make piety the focus and goal, and what you get is pietism. Not the kind as in Pietism, but another way of doing the same thing. Call it liturgical pietism; it simply looks to find the feel-goods in works where Pietism does not, but the quest is the same.

2) The "worship wars" landscape is not so cleanly divided as is suggested here. For example, it is not a matter of tabernacles and monstrances or receptionism

Terry, "For example, it is not a matter of tabernacles and monstrances or receptionism..." where did Pr Peters even mention these???

"They hold to a temporary presence of Christ in the bread and cup -- or a receptionism which avoids any real connection between the Lord and these earthly elements."

I found that comment typical of the black/white characterisations throughout the post, and chose that rather than any other comment since recently tabernacle reservation of hosts etc has been promoted here as what one does given a real connexion between the Lord and the earthly elements.

I will answer this one, Terry, that is a sacramental piety based upon the Word that keeps its promise and not eating and drinking that effects its presence. I did not even have reservation in mind here but rather contrasted a somewhat Reformed idea of sacramental presence with the Lutheran understanding of the Word that does what it says and bestows what it promises...