What Pres. Harrison said before Congress.... 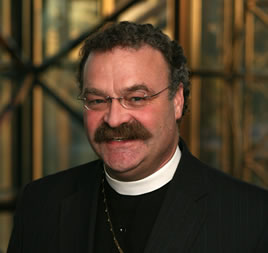 A transcript of the YouTube video of his appearance Feb. 16!

“Mr. Chairman, it’s a pleasure to be here. The Lutheran Church—Missouri Synod is a body of some 6,200 congregations and 2.3 million members across the U.S. We don’t distribute voters’ lists. We don’t have a Washington office. We are studiously non-partisan, so much so that we’re often criticized for being quietistic.

“I’d rather not be here, frankly. Our task is to proclaim, in the words of the blessed apostle St. John, the blood of Jesus Christ, God’s Son, cleanses us from all our sin. And we care for the needy. We haven’t the slightest intent to Christianize the government. Martin Luther famously quipped one time, ‘I’d rather have a smart Turk than a stupid Christian governing me.’

“We confess that there are two realms, the church and the state. They shouldn’t be mixed – the church is governed by the Word of God, the state by natural law and reason, the Constitution. We have 1,000 grade schools and high schools, 1,300 early childhood centers, 10 colleges and universities. We are a machine which produces good citizens for this country, and at tremendous personal cost.

“We have the nation’s only historic black Lutheran college in Concordia, Selma. Many of our people [who are alive today] walked with Dr. King 50 years ago on the march from Selma to Montgomery. We put up the first million dollars and have continued to provide finance for the Nehemiah Project in New York as it has continued over the years, to provide home ownership for thousands of families, many of them headed by single women. Our agency in New Orleans, Camp Restore, rebuilt over 4,000 homes after Katrina, through the blood, sweat and tears of our volunteers. Our Lutheran Malaria Initiative, barely begun, has touched the lives of 1.6 million people in East Africa, especially those affected by disease, women and children. And this is just the tip, the very tip, of the charitable iceberg.

“I’m here to express our deepest distress over the HHS provisions. We are religiously opposed to supporting abortion-causing drugs. That is, in part, why we maintain our own health plan. While we are grandfathered under the very narrow provisions of the HHS policy, we are deeply concerned that our consciences may soon be martyred by a few strokes on the keyboard as this administration moves us all into a single-payer … system. Our direct experience in the Hosanna-Tabor case with one of our congregations gives us no comfort that this administration will be concerned to guard our free-exercise rights.

“We self-insure 50,000 people. We do it well. Our workers make an average of $43,000 a year, 17,000 teachers make much less, on average. Our health plan was preparing to take significant cost-saving measures, to be passed on to our workers, just as this health-care legislation was passed. We elected not to make those changes, incur great cost, lest we fall out of the narrow provisions required under the grandfather clause. While we are opposed in principle, not to all forms of birth control, but only abortion-causing drugs, we stand with our friends in the Catholic Church and all others, Christians and non-Christians, under the free exercise and conscience provisions of the U.S. Constitution.

“Religious people determine what violates their consciences, not the federal government. The conscience is a sacred thing. Our church exists because overzealous governments in northern Europe made decisions which trampled the religious convictions of our forebearers. I have ancestors who served in the Revolutionary War. I have ancestors who were on the Lewis and Clark expedition. I have ancestors who served in the War of 1812, who fought for the North in the Civil War – my 88-year-old father-in-law has recounted to me, in tears many times, the horrors of the Battle of the Bulge. In fact, Bud Day, the most highly decorated veteran alive, is a member of The Lutheran Church—Missouri Synod.

The Rev. Matthew Harrison
Posted by Pastor Peters at 6:00 AM

Harrison said he would rather not be there. People need to remember that he was under subpoena and, therefore, under oath. Since he was subpoenaed, we wonder who paid the bill for his travel and the two others who went with him?