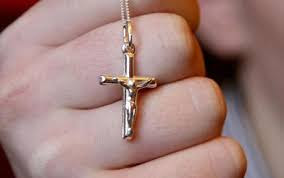 “Jesus Christ in the conversation embarrassed her the way sex did her mother.”  So said Flannery O’Connor of one of her characters in the short story “The Displaced Person.”  Sex, though, today is out in the open.  But religion, to be socially and politically acceptable, must be closeted.

That quote from Gene Veith introduced words from Lutheran sociologist Peter Berger.  He writes of how religious expression has become something private instead of public.  He chronicles some of the lawsuits filed against overt religious expression (in both the litigious frenzy of the US and in the more restrained legal atmosphere of Europe).

In all these cases the authorities accused of violating the plaintiffs’ rights operate with a definition of religion as a private matter to be kept out of public space. There is here a general issue of government overreach, as clearly illustrated by the (still unresolved) attempt by the Obama administration to force Catholic institutions to provide contraception coverage in their employees’ health plans. Beyond that, though, there is a very ideological view of the place of religion in society. In other words, religion is to be an activity engaged in by consenting adults in private. The attorney for the Judeo-Christian side in the aforementioned American case had it quite right when he compared the treatment of his client’s religion with measures of disease control. This is not an attitude one would expect to find in a Western democracy. It is curiously reminiscent of policies toward religion in Communist countries and toward non-Muslims under Islamic rule.

It is as if the the topics have exchanged places.  Where once sex was not the subject of polite and public conversation, now we speak of things private and intimate with some abandon -- almost as if these things did not matter.  In contrast, religious talk and expression have been banished to the privacy between consenting adults.

As I have put forth here before, the freedom of religious expression unhindered by governmental interference has become, under Obama, merely the right of worship.  All other religious activity is, in the view of the Obama administration, within the realm of what the government may regulate and in which the government has a distinct interest.  It seems that the regulatory goal of the progressive movement and the interest government has in religion is to isolate and quiet the voice and practice of all but the most minimal expression of faith -- at least when it comes to Christianity.  There is no such uniform movement to restrain the public identity of Islamic faith and practice.

I say this not as a matter of politics but as a matter near and dear to the heart of Christian faith and practice.  What we do in public as Christians and as the Church will increasingly merit the close supervision of a culture intent upon relegating Christian religious expression to the private areas and private moments well outside the public view and notice.  And that, my friends, is going to be one of the biggest challenges we face in the next generation...  It was not a battle we chose but it will be a battle we must engage to keep faith from becoming merely an extension to the presumed right of privacy instead of the guaranteed freedom established by the Bill of Rights.