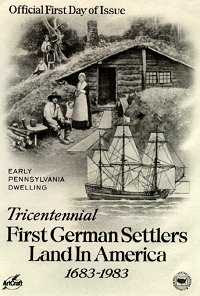 If you have ever gone to some gathering of Synod or District in the last generation or so, you have heard the story of those who seem giddy with delight as they remind us that the boats aren't coming anymore.  Of course, they refer to the period of immigration that, in part, fueled a religious boom among Roman Catholics and Lutherans.  To tell the truth, I am sick of hearing that same old song that belittles the ethnic heritage and immigrant identity of many of those who were my family members.  It is a lie that this alone is responsible for the rapid growth among Lutherans or that the lack of boats is responsible for the stagnation and decline of Lutheran numbers.

A friend suggested I might be interested in a book by John McGreevey entitled Parish Boundaries: The Catholic Encounter with Race in the 20th Century Urban North.  I picked it up and have begun surveying the chapters and found that many of the things chronicled here mirror the experience of Lutherans in the same period.

[From the late 1800s through the middle part of the 20th century]  successive waves of European immigrants peopled  a massive, and impressive church largely in the northern cities of America. In 1920, Catholics in Chicago could worship at 228 Catholic parishes… [The area of the city called] back of the yards area physically exemplified this. There, residents could choose between 11 Catholic churches in the space of little more than a square mile: two Polish, one Lithuanian, one Italian, two German, one Slovak, one Croatian, 2 Irish, and one Bohemian.… Their church buildings soared over the frame houses and muddy streets of the impoverished neighborhood in a triumphant display of architectural and theological certitude.

While this is certainly true of the Roman Catholic experience, it does speak to the Lutheran experience as well.  Unlike the urban ethnic ghettos, Lutherans dispersed equally into the rural communities of America and were just as segregated though more by state and county than city address.

The Catholic world supervised by these priests was disciplined and local.  Many parishes sponsored enormous neighborhood carnivals each year. Most parishes also contained a large number of formal organizations including, youth groups, mothers clubs, parish choirs, and fraternal organizations–each with a priest moderator, the requisite fund raisers, and group masses. Parish sports teams even for the youngest boys shaped parish identity, with fierce (and to outsiders incongruent) rivalries developing in sports leagues between parishes.

This also well describes the Lutheran experience.  Strong parish identities that built upon the ethnic and linguistic backgrounds of their people, strong parish organizations that encouraged as well as established multiple ties to the parish, and rivalries that helped make the parish a cohesive group united against as well as for a variety of things.

These dense social networks centered themselves around an institutional structure of enormous magnitude...  The general Protestant lack of geographical parish made it impossible to know who should be responsible, or to hold anyone responsible for the church and of any given area.

Most of Protestantism lacked the idea of a geographic parish identity but Lutherans seemed the exception.  Even when suburban moves dispersed the people from their original neighborhoods, allegiance and loyalty to the home parish survived for a generation or so.  In some cases, they are still the reason urban parishes continue to exist -- long after the neighborhoods have disappeared.

So what have we learned?  The average suburban congregation is no longer a parish defined by proximity or even ethnic background (much less language).  Instead, personal preference has replaced these ties.  Instead of being a cohesive group well connected by shared culture and values, we have a diverse group of people who shop for a church the way they shop for other needs or wants.  The result is that it is easier for people to slip through the cracks, with fewer ties to bind they are less connected, and the geographic distance means that their ties are shaped additionally by travel time. Perhaps the mega churches are working to exploit the common ties but even here the mega congregations find people using a revolving door to enter and exit while the size continues to grow.  The small group idea floated by church growth gurus of the past was an attempt to replicate these ties that bind except using personal preference in place of ethnic and familial connection.  Part of me has to wonder if we did not shoot ourselves in the foot when we began to gravitate away from the old idea of cohesive congregations with deep ties (cultural, familial, and values).  It seems that this remains the key ingredient to vibrant congregations (for both Lutherans and Roman Catholics).  How easy it is to lose what we had and how hard it is to replace it!

Yeah, the boats have stopped coming.  We all get it.  But that is not the only thing that changed among Lutherans that has weakened the ties of people to their parish.  The loss of a common identity (here including the form of the Divine Service, the process of youth catechism, and parish organizations) has left us with a fickle population that seems ready to bolt for another parish and even another denomination if and when they get the itch, their needs or wants change, or they grow tired of what they have had.

An excellent article!! Thanks for your hard work in assembling it.

I have occasion to drive through neighborhoods of Midwestern cities from time to time. It is a mournful experience. The churches sit in the heart of those neighborhoods, struggling or empty.

I have always suspected those parishes weakened before the neighborhood did.

"The boats aren't coming" is usually spoken to disparage the faithful to drink the koolaid of "church growth" and use modern evangelical methods, do away with things such as liturgy and traditions they see as barriers, in the false premise that growth is a work of man.

Indeed, but neither are the babies, it was the babies that fueled 90% of the growth. Even if the boats were still coming, we would decline because the German birthrate is crisis level low.

We all want more members in the church. We just don't want them living in our homes. We actively reject the members God sends us and imagine we can lure just as many if not more from the God haters. How's that workin' out for us?

In a graph of LCMS congregational members per 1,000 U.S. Population, the growth of the LCMS continued following WWII up until the late 1960s. since then there has been a slow steady decrease.

The decrease is likely due to the U.S. transitioning to non-European (and non-Lutheran) immigrants, as well as to a lower LCMS birth rate compared to the pre-1960 level. There may also be backdoor congregational membership losses as well. In the 1970s there was a slight drop due to some congreations joining the breakaway AELC, following Seminex.