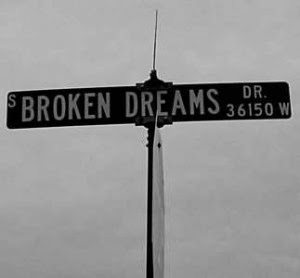 I had many college friends and we all dreamed of the people we thought we would become.  Some were friends with whom you shared common interests.  Some of them were people with whom you could enjoy a drink or two.  Some were friends because they were who I aspired to be.  For me, the last category included smart and erudite individuals, many of whom had traveled the world when I had not, had intellectual gifts that I do not have, and were far more disciplined than am.  At the time, I thought that by surrounding myself with the people I admired it would help me become more like them.  Perhaps you have also thought something similar at some point in your life.

In the beginning the parish was to be merely a starting point for me.  I was sure that my life was destined for larger things, for greater works, and for a richer experience than the typical and usual duties of a parish pastor.  In the beginning, I believed that parish work was less, well noble, than academic accomplishment, a good starting point but not an ending point.  It is to my great regret that I began my parish ministry with a heart that was somewhere else.  But something happened along the way that changed it all, that changed me.

The regular weekly rhythm of Word and Sacrament gave birth not merely to faith but a new life for this one who presided at the Table and who preached from the pulpit.  The weekly assembly of a people around the means of grace was not without its effect in my goals and purpose as a pastor just as it was not without its salutary effect in the lives of the people beckoned by the voice of the Lord and bidden by the food of His flesh and blood.

The thoughts of a post-graduate degree began to fade into the background.  The vision of classrooms and book tours dimmed.  The idea that the parish was merely a starting point for something else proved to be a deception.  The altar and pulpit are never stepping stones to a greater call but the greater calling.  Period.  From this summit our lives proceed and to this source we return as the ebb and flow of Christian faith and life.  This is something I did not know in the beginning.  This man had to learn this lesson -- not from a teacher but from teaching and preaching and presiding at altar and font.  I cannot recall when it was that I no longer aspired to anything but Sunday morning with the people of God,  Monday after lunch at the home of a shut-in, Tuesday evening at a board meeting, Wednesday afternoon teaching youth catechism, Thursday morning at the hospital, Friday night at the funeral home for visitation, Saturday and its weekly wrap up of the sermon...  I had no aha moment, I recall no revelation, and I cannot explain why old aspirations died and, like the phoenix, gave birth to the new aspiration that this was my calling and always was  -- a simple parish pastor.

I write this not as some cathartic effort to cleanse my soul but to rather to say that what I do and why I do it is like a dream come true for me.  It was not my dream in the beginning but it became my dream job.  I did not desire this dream from the onset but I learned the dream and it took me over... completely!  At some point when classmates made their own journey to the seminary or college classroom and published their books, I realized that what was right for them was wrong for me.  I realized what a prison it would be if I did not preside on Sunday morning and preach to the people whom the Spirit had gathered.  I began to be aware of the cost of my former dream and decided it was a cost I was no longer prepared to pay. 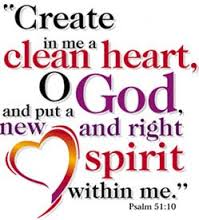 noble calling.  My point is to say that at one point, very early in my life, I thought this path to be a stepping stone to something else.  I was sure of it, at least I thought I was.  I was convinced that my life was destined for something more.  I could not have been more wrong.  I will probably serve the whole of my ministry in but two congregations and I am privileged to have served them both.  Both of them have been the places where I have learned that, as frustrating as the pastoral ministry can be and as difficult as it is to fulfill within the boundaries of human frailty and failing, this is where I am supposed to be.  I am grateful that God opened my eyes to see it and used the good people of both parishes to teach me this wisdom.  The dreams with which I entered the Pastoral Ministry are broken but from their wreckage God has healed a life.
Posted by Pastor Peters at 6:00 AM

Pastor, you fail to look beyond your parishioners to see all those who receive the benefits of your teaching/preaching through your blog. The influence of your words as they are processed by the Holy Spirit give not only comfort and consolation, but also the encouragement and enlightenment of the Scriptures as they are applied in daily life. I can't begin to measure the growth of my own faith as I read the wide variety of subjects you touch on and bring to the fore how God is involved in every aspect of humanity. He has used you to His glory and you can be righteously proud of that, taking comfort that you've "chosen the better portion, which will not be taken away" from you. Thank you for letting us into your mind and heart.