The Lamb of God who takes away the sin of the world... 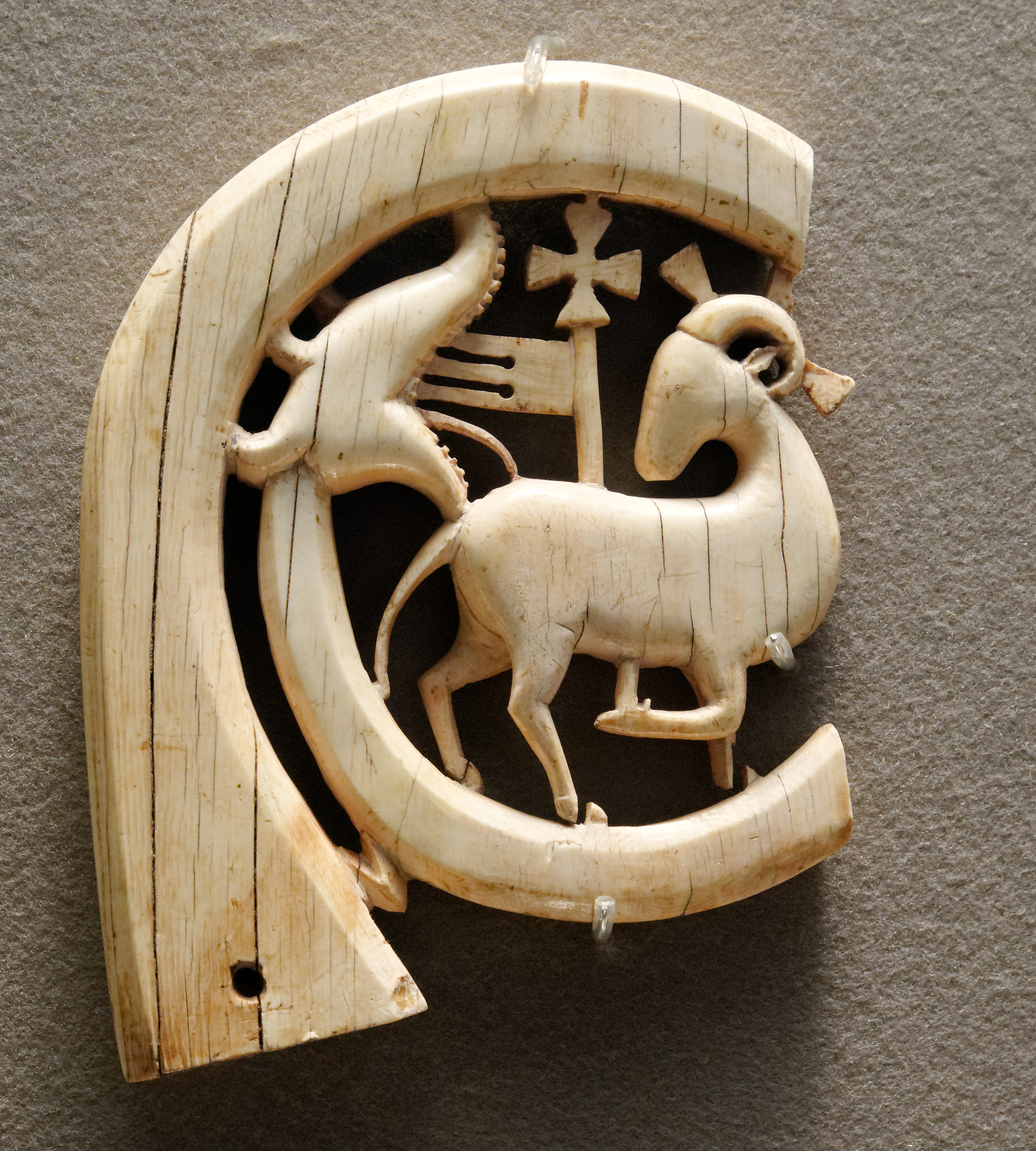 A strange line from the Gospel stuck out at me.  John the Baptist says of Jesus "I myself did not know Him."  What does this mean?  What about when John jumped in Elizabeth's womb when a pregnant Mary came to visit?  They cousins.  Did Joseph and Mary not load up the family in the minivan and visit the relatives?  What is John saying?
Jesus is about 30 when He comes to meet John in the waters of the Jordan River.  But we know precious little about his life up to that point and the most details we know relate to the final week in His life.  Jesus will only be known when and how He reveals Himself to us.  We are consumed with chronology but God deals in the fullness of time, the moment ripe for His action. John knew Jesus but how John knew Jesus was forever altered when in the full of time God disclosed Jesus as His Son and the Messiah long promised.  The fullness of Christ's identity was to  remain hidden until in the fullness of time God revealed Him.
Reveal Him, John did.  It was unmistakable.  Here is the Lamb of God who takes away the sin of the world!  You cannot get more obvious!  Jesus is the spotless Lamb – the one without blemish or stain of sin but whose shoulders will bear the sin of the entire world.  All the sacrificial lambs of old looked to this fullness of time and this Lamb for power to cleanse from sin.  It is highly significant that Jesus is first revealed to us as the Son of God and the Lamb of God.
Jesus discloses Himself as none other than the promised Lamb of old.  His is the sacrifice to which all previous sacrifices looked; they only have power because of Christ to come.  Unlike the sacrificial lamb's of old, the people did not choose Him but He came of His own will, fulfilling His Father’s will, to suffer for our sins and die there on our behalf.  He is the God who saves His people and Jesus is the Lamb who takes away the sin of the world.
Though tempted to think of sin as some preliminary matter to be disposed of, Jesus insists that it is this for which He is incarnate.  Jesus came for sin, to wear it for us and bear it for us, that we might wear His righteousness and bear the baptismal mark of the people of God.  No, Jesus is not come to be some sort of example of goodness for us to strive for, no role model for us to become.  Jesus is come to do what only He can do and we cannot.
Jesus' is no inspirational story designed to draw out the good in us and lead us emulate Him.  Jesus is not some prototype of what we can be if only we tried harder.  No, Jesus is not come to shine the light on goodness but to expose sin to His Light, to suffer for sin, to die its death for us, and to be raised to draw us unto Himself.  Jesus does not ask you to emulate Him but to believe in Him, not to do what He does but to receive what only He can give – by faith.
In ancient times the people offered the sin offering but not now.  Jesus offers Himself to death for us and our salvation.  He is not a shining example of goodness but the sin-bearer for all.  He is the Lamb of God who takes away the sin of the world.  He is not some motivational coach to help us discern the wise path to success.  No, He is now here to draw out our good side.  He is here to wear our sin and die in our place.  His calling is not to showcase His virtues but carry the terrible burden of our sin.
This Jesus is better than John could have ever imagined.  While John might have expected somebody good to follow, instead he got the Son of God.  John points to Him whose revelation finds the chronological time transect the fullness of time, by God’s plan.
So John sends His reluctant disciples to Jesus because there is no other who does the work of the Kingdom, no one whose Word fulfills the promise of the prophets.  They remained hesitant but John is adamant.  Jesus is the Lamb of God who takes away the sin of the world and Jesus is the Son of God in human flesh.  These two truths only God can reveal.
God has not forgotten us.  God will not turn away from us and our sin forever.  The promise given has become the promise kept.  The sins that once killed us have been have in turn been killed and the Light of Christ now shines and darkness cannot overcome it.  Not then, not now, and not ever!  The Lord has seen the suffering of His people and intervened by grace.
The question facing is simple – where do you find this Lamb of God who takes away the sin of the world?  Is He a creation of your own imagination?  No, I will tell you where the Lamb of God who takes away the sin of the world reall is – He is there hidden in the fullness of time, living for the ripe moment of our own redemptive grace.  So John tells us what He saw when His prophetic heart ran out of ink and was forced to write in blood.  Responding, the Church proclaims blessed is He and the Church still points to where this Christ is – in the cup, on the Table the  Church still screams: Blessed is He comes in the Name of the Lord.  Amen.
Posted by Pastor Peters at 6:00 AM

Do dead sheep have eternal security? Can sheep ever be lost? The favorite proof text of advocates for the erroneous doctrine of "once saved always saved" is John 10:27-28.


John 10:27-28 My sheep hear My voice, and I know them, and they follow Me, 28 and I give eternal life to them, and they will never perish; and no one will snatch them out of My hand.


Jesus said His sheep follow Him, He did not say that He would force them to become sheep.


Jesus said His sheep will be given eternal life and no one will snatch them from His hand.


No one can snatch you from the hand of Jesus, however, you can choose to leave His hand voluntarily.


Matthew 10:22 You will be hated by all because of My name, but it is the one who has endured to the end who will be saved.


Why would Jesus instruct His sheep to endure to the end, in order to be saved, if the sheep were once saved always saved?


DO DEAD SHEEP HAVE ETERNAL SECURITY?


Acts 5:1-11.....3 But Peter said, "Ananias, why has Satan filled your heart to lie to the Holy Spirit and keep back some of the price of the land? 4 .....You have not lied to men but to God."5 And as he heard these words, Ananias fell down and breathed his last. (Did this dead sheep, who lied to God, have eternal security?)


Acts 5:11 And great fear came over the whole church, and over all who heard of these things.(Why would the whole church be in fear because of two dead sheep if all the sheep were once saved always saved?)


1 Timothy 5:14-15 Therefore, I want younger widows to get married, bear children, keep house, and give the enemy no occasion for reproach; 15 for some have already turned aside to follow Satan.


Satan did not snatch these widows from the hand of Jesus, these sheep made a choice to follow Satan.


1 Timothy 6:10 For the love of money is a root of all sorts of evil, and some by longing for it have wandered away from the faith and pierced themselves with many griefs.


1 Timothy 4:1 But the Spirit explicitly says that in later times some will fall away from the faith.....


DO UNREPENTANT SHEEP, WHO HAVE GONE ASTRAY, HAVE ETERNAL SECURITY? NO!