Time for schism... yeah, but because of people like Tony Jones 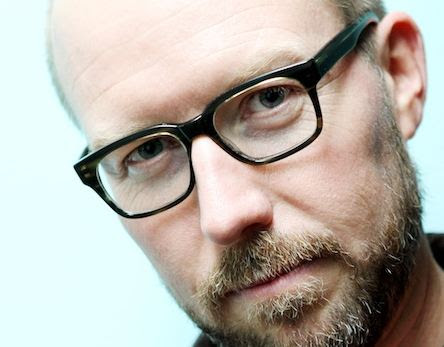 I had read this a while ago (it was passed on to me by several readers of this blog) but since I did not have a clue to who Tony Jones was or is, I left it alone as the oddity it clearly is.  What caused me to respond is when a reader alerted me to the appearance of Tony Jones on the Chaplain's Blog of Gustavus Adolphus College, a college of the ELCA of which I have some experience.  So I am responding because, whoever Tony Jones is, he is getting some attention in Lutheran circles.  Hence, my response -- however late it might be.

I find it impossible to take such a person seriously.  It is laughable what he says and I cannot get over the audacity of someone like him to claim something is settled when but a small portion of Christianity accepts it and it is as recent as a half a century ago for most of those who do.  He talks of women's ordination.  He speaks of schism.  Women's ordination is cause for schism, alright, but by those who hold to orthodox Christian belief, confession, and doctrine.  His self-righteous tone is amazing over something which has so little support among Christians.  The vast majority of Christians are Roman Catholic, Orthodox, Lutheran, and Anglican.  We know where Rome and Constantinople stand and part of Lutheranism and Anglicanism stand in exactly the same place.  Yet this man presumes to make women's ordination the articulus stantis et cadentis ecclesiae (article upon which the church stands or falls).

I very much take Jesus’ prayer for unity in the Fourth Gospel seriously. Our eschatological hope is that the church will be one, and that we will all be united in belief, practice, and love. But sometimes we need to separate. We need to say hard words to those who are not living the way that Jesus laid out for us. We need to divorce.

The time has come for a schism regarding the issue of women in the church.

My words:  Surely there is great truth to the regrettable conclusion that when apostasy has reached the level upon which one can no longer in good conscience remain, schism is the only choice.  That said, what is absolutely remarkable here is that the reason for schism is not departure from established truth but refusal to adopt a modern error and departure from orthodoxy.  Now that is hubris.

Back to Tony Jones:


Those of us who know that women should be accorded full participation in every aspect of church life need to visibly and forcefully separate ourselves from those who do not. Their subjugation of women is anti-Christian, and it should be tolerated no longer.
That means:
That is, we who believe in the full equality of women need to break fellowship with those who do not. The time for dialogue and debate has passed. The Spirit has spoken, and we have listened. It’s time to move forward with full force....The full equality of women and men, however, is an issue that has long since been settled.

Me again...  There it is.  At least according to Tony Jones.  The Spirit has spoken, we have listened, and the issue is settled.  Is it now?  Interesting that the skeptics who breath suspicion into every Christian truth use the smallest of minorities to justify their errorist conclusions.  So they claim that the settled doctrine of Nicea, Constantinople and Chalcedon do not settle the questions of whether or not Jesus is fully God or that He claimed to be.  Never mind that these Councils acted with huge majorities, approaching unanimity of all the participants.  Yet, when it comes to the subject of the ordination of women, about which no council has been called and few churches representing a small minority of Christians has chosen to depart from the apostolic tradition, this has settled the question once and for all.

So what is my point -- besides attacking Tony Jones (the post-modern church proctologist)?  My point is that there are discussions in which you can no longer actually discuss anything -- when no rational or reasonable conversation can be entertained.  People like Tony Jones are beyond the reach of any real dialogue.  It is time to move on and leave the nattering nabobs of negativism behind.  What more can we say?  They do not listen to Scripture.  They do not pay attention to apostolic custom.  They do not respect tradition.  They cannot be engaged by any reasonable argument.  It is time to forget these folks and more on.  Whether they are the Tony Jones in the world or ELCAite style Lutherans who believe that God has changed His (perhaps they might use the term her) mind and has done a new thing that no one can question.  It is time to move on.

Tony Jones - heretic or lunatic? Or both? Well, with the support of theological feminazis in the apostate XXXA, as well as XXXA-lite spinoffs like CORE, NALC, etc., "heretic" is definitely part of any mix.

OTOH, Tony's "forcefully" urging devotees for having pastrixes to leave church bodies that do not affirm such a notion can certainly be supported by individual and congregational members of the Missouri Synod, given the comatose state of ecclesiastical supervision that exists in the LCMS today.

I think I can agree with Tony Jones. It is definitely time for the heretics to leave.

They can organize as the Church of My Imagination, or something along those lines. They are not Christians; they have rejected the consistent teaching of the Christian Church. They also reject the evidence before them that every woman led church in existence has departed from the true Christian faith and has falling numbers. The whole idea is wrong and does not work, but why worry about details like that?

My advice to Tony Jones is, "Don't let the door hit you on the way out."

I'm quite familiar with Tony Jones, he's a very large voice in the Emergent community.

Avoid his theology at all costs. It's heretical. There really is no other way to put it.

There are many approaches to critiquing the ideas of thinkers such as Tony Jones. I do not believe calling him a heretic is fruitful - it is a badge he would wear happily I think.

I would argue it is important to deconstruct the way he and other 'Emergent' thinkers approach the idea of 'truth':