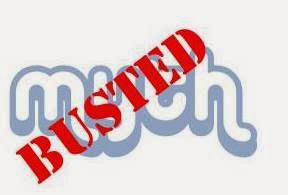 Once again I heard from a Lutheran Pastor a cautioning word about talking too much about liturgy or speaking too highly of ceremony or urging people to private confession...  Here it comes.  "These are adiaphora -- you cannot made rules about them.  We must be free to use what we want and not to use what we do not want to use.  There is great danger in obscuring the Gospel by making too much of the liturgy or focusing too much on ceremonies (which we really do not need) or trying to reintroduce private confession (it is not worth it)..."

But that is the thing.  I have never ever heard a Lutheran (or Roman Catholic or Orthodox, for that matter) ever say that anyone was saved by a ceremony or the following liturgical rules imputed some righteousness to those following them.  I have never ever heard a Lutheran suggest that private confession was a law that had to be followed (or else there is no forgiveness).  These are all straw men erected by opponents of the liturgical face of Lutheranism and even held up by the so-called friends of Lutheran piety who follow the book but not religiously.  These are red herrings that stink to high heaven (pardon the switch in metaphors).

I will say that adiaphora has become about as key to Lutheranism of today as justification.  Adiaphora, when translated, means everyone is free to do what is right in his own eyes.  Lutherans rightly condemn those who would impose upon us the law as a ladder or righteousness that would substitute for Christ's atoning work on the cross.  But Lutherans who are Lutheran just as adamantly condemn and detest the kind of antinomianism of spirituality, worship, and piety where freedom has become the new deity of the day, the face of Lutherans du jour.

For ever Lutheran you can find to idolizes ceremony, ritual, liturgy, or private confession, I can find you a hundred who idolize their freedom to do whatever they darn please.  The kind who insist that if you show any concern for the Divine Service you are choosing rubric over witness, smells and bells over evangelistic zeal, and legalism over missional freedom which values the person more than forms or directions.

Unless you have missed my rant, I am mad as h___ and I ain't gonna take it anymore.  Honestly, it makes me want to scream!  I hang around with a great many of those liturgical types and I don't know a one who thinks, says, or teaches that doing the Mass a certain way or holding your hands in a certain way or wearing certain vestments, or using a certain page number for the Divine Service imparts a righteousness different from, equal to, or better than the righteousness of Jesus Christ crucified.  Lets just put this old saw to rest and start a real and honest discussion of what constitutes a faithful face for Lutherans on Sunday morning -- not a new law or requirement of righteousness but simply a liturgical practice consistent with what we say we believe, confess, and teach.

Whew.... I feel better... for now... until the next person cautions me against chanting or bowing or elevating or whatever lest I add some new requirement to the full and complete sacrifice of Christ on Calvary... and then, well, look out...
Posted by Pastor Peters at 6:00 AM

Good for you, Father, and amen! Some awesome phrases in here worth remembering and putting into practice, e.g., "...antinomianism ... of worship ..." Were I a charismatic, I would have burst into tongues! Rant or not, keep up the excellent and faithful work!

I am not Lutheran... I was raised Baptist but left the Baptist Church 20 years ago. To me the celebration of the Eucharist is the central part of worship. As many changes have occurred in my own Church I find when I do attend Church services it is services lead by Pastor Larry Peters. Please don't change a thing in your service. At least when I attend your service I feel like I have been to Church, in the presence of God.

I love the celebration of the Eucharist it is the high point of the whole Divine Service. I also love some of your comments and these will keep me smiling all day quote: "choosing rubric over witness, smells and bells over evangelistic zeal, and legalism over missional freedom"

This Lutheran pastor whom you quote should be named publicly and shamed, if not defrocked. He's a disgrace and obviously does not understand or want to understand the Lutheran confessions. I'm willing to be he's an Evangelical or Baptist wearing a polo shirt on Sunday mornings. Until the LCMS gets rid of these pietists, the LCMS will continue to hemorrhage people and lose them to more liturgically grounded churches like the Orthodox or the NALC.

I think what adiaphora really means to them is "let's burn the Book of Concord, our vestments, our lectionary, and our hymnals, and be fundamentalist non-denominationalists."

Re. "At least when I attend your service I feel like I have been to Church, in the presence of God."

What a beautiful statement! A true compliment to the Pastor and to the congregation.

Adiaphora is a word unique to Lutherans, at least in my experience. I had never heard the word until I joined the WELS some 30+ years ago. There, it seemed like everything was "adiaphora" and I did not have a clue what they were saying.

Maybe it is significant that I learned a new word and left the WELS to become an Anglican.