Dark news for the C of E 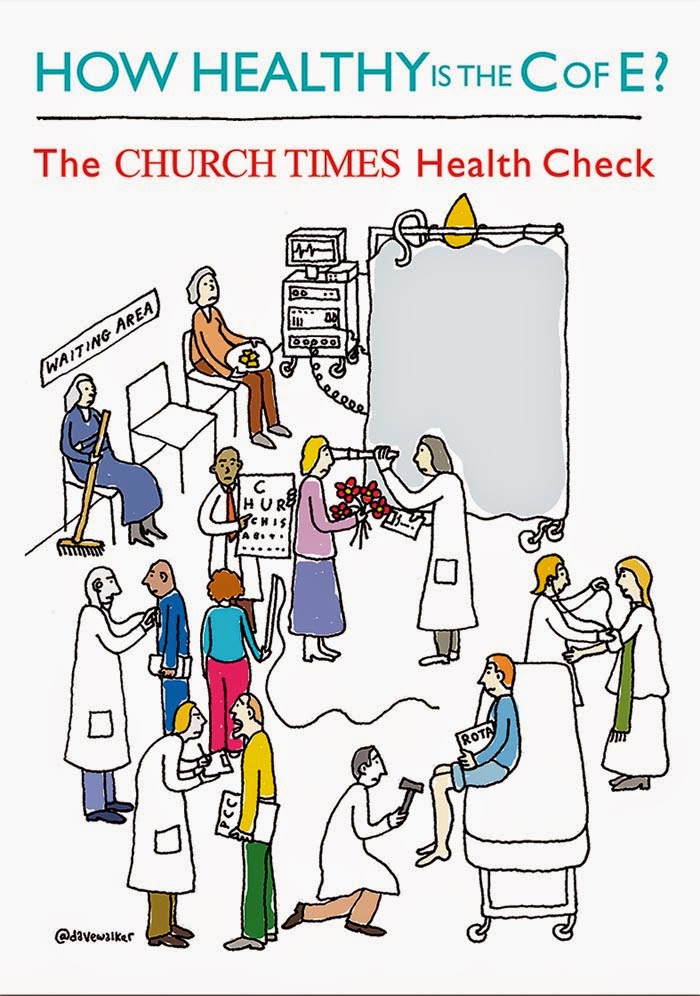 Out of a population of about 2.6 million, roughly 45,000 attend Anglican churches most weeks. And whereas the Diocese of London, north of the river, has managed to show some increase in attendance, in Southwark it continues to slide. Even the kind of belonging measured by baptism has diminished, so that there are now about half as many every year as there were in 1980.  This in turn points to the most worrying figures for the Church of England in the reworking of the census statistic published last week by the Office of National Statistics. That shows that the median age of Christians in this country is 45; the median age of Muslims is 25.


Wow!  2.6 million members of the Diocese of Southwark, which is London, south of the Thames, and only 45,000 are in church on a Sunday morning?!?

The official statistics suggest that attendance at C of E churches may have levelled out after decades of decline.  A report by the Archbishops' Council, Statistics for Mission 2012, released on Friday last week, suggests that, on an average Sunday in 2012 (the latest year with available data) about 859,000 people attended a C of E church. This compares with 901,000 in 2003.  The 2012 average Sunday attendance of 859,000 represents 1.6 per cent of the population of England. In 2003, approximately 1.8 per cent of the population attended church on an average Sunday.

Whereas the usual logic says the clergy are more liberal than the folks in the pew, it turns out that this is exactly opposite in England with the clergy being more conservative, on the whole, than the people in the pew (or not in the pew, as it seems the case usually is).

It makes me think that the Missouri Synod is actually in great shape to take over the world -- at least in comparison with the C of E.  Sad. . . Very sad, indeed!

The CoE suffers greatly from being an established church, and therefore under the thumb of Parliament. Many, perhaps most, of Parliament never darken the doors of an Anglican church, and yet they think it fully appropriate to dictate to the CoE on every matter.

The appointment of idiots to the position of Archbishop of Canterbury has been extremely damaging. (++Rowan was/is a world class idiot! ++Welby, well, we will see ...) Here again, it is all political, in the hands of the PM when the position comes open. That simply should not be!

I am reminded of the comment by presidential historian Thomas C. Reeves in his book "The Empty Church: The Suicide of Liberal Christianity":

"Weigh the benefits: Sunday with the family at the beach or in church listening to a sermon on AIDS; working for overtime wages or enduring pious generalities about 'dialoguing,' 'inclusiveness,' and 'sharing and caring'; studying for exams or hearing that the consolations and promises of the Bible are not 'really' or 'literally' true. . . Liberal Protestantism has succeeded in making itself dispensable."

FYI and FWIW I remember being supplied with information from a Swedish census of 2002 or 2003. In that year 1.53% of the Swedish population attended attended a Church of Sweden service on the census Sunday, and 1.51% attendednservices of another religious denomination or group.