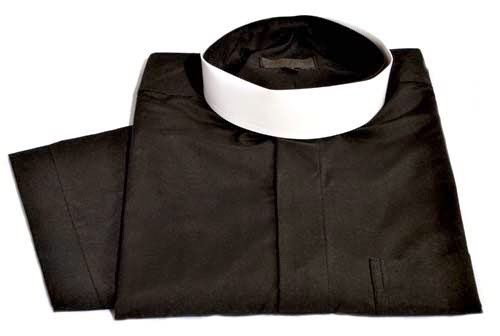 Living next door to Fort Campbell and having no shortage of military folk in the pews on Sunday morning, it was only a matter of time before the subject of the Army's new rules of personal grooming and dress would come up.  And it has a couple of times.  I am not the first to post this but I am going to substitute pastors in the regulation and see what you might think.

The [Army] ministry is a profession. A [Soldier’s]  pastor's appearance measures part of his or her professionalism. Proper wear of the [Army] clergy uniform is a matter of personal pride for all pastors [Soldiers]. It is indicative of esprit de corps and morale within ministerium [a unit].

Pastors [Soldiers] have an individual responsibility for ensuring their appearance reflects the highest level of professionalism. Leaders, at all levels, have a responsibility for implementing and applying the standards contained in this regulation to ensure the best interests of the church and the ministry [Army], including our shared traditions and customs. This regulation prescribes the authorization for wear, composition, and classification of uniforms, and the occasions for wearing all personal (clothing bag issue), optional, and commonly worn organizational clothing and individual equipment uniforms. It prescribes the uniforms, awards, insignia, and accouterments authorized for wear. It also provides general information on the authorized material and design of uniforms and the uniform quality control system.

No,  Jesus did not design the clerical collar.  Nobody is saying that.  But. . . when Peter was recognized as being one with Jesus, it was his accent as well as his association that gave him away.  There is to be no anonymity for Christians.  We are to stand out in the public square and in the neighborhoods where we live.  This is no less true of the clergy.  Personally I am suspicious of those who eschew the distinctive uniform of the clergy in order to dress anonymously.  What is it we do not want people to see?

I am not picky.  I wear sport coats and black trousers with my collar and not just the black suit.  I would be happy if the collar and black pants were worn without specifying a jacket style or color.  I live in the South.  There is not a part of the country more bigoted against things catholic.  It is so sparse here that when we moved here a black pastor in red clericals was spotted on the street and it was such an unusual sight that my daughter said "Daddy, there is a man who looks just like you!"  A clerical was not so rare in New York.  She found a kinship wherever she could.  So I do not have much sympathy for those who believe wearing the collar somehow causes folks to prejudge them.  At least they prejudge you as a representative of the faith and a man of the Church.  How bad is that?

Once when I was walking into the K-Mart just down from the church, a young man spoke to me.  "How are you doing?  Are you feeling better?"  As it was I had just gotten over a back problem that had left me in bed a couple of days.  I did not recognize him and wondered to myself how he knew I had been laid up.  "Yes," I said, "I am doing much better."  "Was anyone else injured in the accident?" he asked.  "What accident?"  "The car accident that left you in a neck collar."  Ah, then it dawned on me.  He had confused the full collar (I generally do not wear a tab collar shirt) with a neck brace.  I explained it to him.  He thought for a moment.  "Is it uncomfortable?"  "Yes, it can be," I said.  "Then why do you wear it?" he asked.  It was my turn to think for a moment.  "It is the kind of uncomfortable you should be," I said, "always conscious of your calling to be a Pastor wherever you go and of the witness you give in your words and actions."

Why do you NOT wear it?
Posted by Pastor Peters at 6:00 AM

I'm so use to seeing you in your clerical collar "clergy uniform" that it's strange to see you in street clothes! Don't ever change!