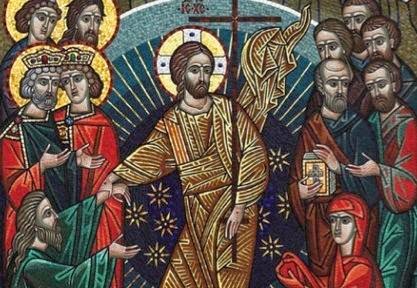 It has been a busy month.  On the one hand there is former NYC Mayor Michael Bloomberg and his insistence that he will barge right into heaven if there is a God and a heaven because he has earned his way there.  Such hubris, while not unexpected from the Mayor who acted as if he were a god, still shocks us and, at the very least, makes us snicker.  The former mayor can think he is wiser than God and has deserved eternal reward but his hubris is hardly a danger to Christianity (or Judaism, for that matter).  There are always bullies who try to bully God.  They never win and, if he were not the former NYC Mayor, he would have never gotten any media play for his brashness.

On the other hand, Bart Ehrman has a different kind of hubris and a different kind of impact.  His hubris is that he not only believes himself wiser than God, he throws out his credentials to back up his scandalous claims.  He studied at a school at in the heart of evangelical Christianity (Wheaton).  He was once on the inside of the Bible toting, Bible believing, and Bible thumping version of Christianity that nearly all folks (even other Christians) love to hate.  He is an academic with plenty of initials behind his name to prove his intellect is an equal to God Himself.  He is media savy and has built an empire of books and DVD classes to prove he is also a success (especially at marketing his favorite product:  Bart Ehrman).  He is a skeptic and refuses to accept anything but the worst possible reading of Scripture and anything outside of Scripture to damage creedal Christianity.  He is an agnostic who likes the idea of a God but prefers one who is not pushy, who knows his place (in the background), and who is mostly impotent and docile.

So what is the big deal?  More people read Ehrman and pay attention to what he says than Bloomberg.  He has gravitas, as they say, and he is the darling of the media and the provocative thirty second quote.  He exploits all our Christian fears when our faith is low.  He pounces on all our mental games in trying to make sense of a God who, despite Scripture and tradition, remains a mystery to be met with faith instead of a reasoned proposition to be accepted.  He exploits our mortal weakness and like a virus attaches his blatant skepticism to our every doubt and fear until our weakened faith is not sure of anything anymore.

The self-appointed debunkers of orthodox Christian faith have been around for a long time, though not nearly as long as Christianity!  Their longevity is testimony to the enduring power of the Christian faith as much as the constant struggle against doubt and fear.  Their arguments are old news that the media treats as new only because the media delights in attempting to trash orthodox Christian faith in every way it can. Faithful believers would do best confessing the faith with confidence and simply ignoring Mr. Ehrman (for nothing irks him more than not to be noticed) and to laugh at his fake scholarly approach to Christianity remembering that that the only thing that distinguishes Erhman from Bloomberg is his sheepskins on the wall and the aura of legitimacy they give to his skeptical view of Christian truth.  He is as blatantly wrong as Bloomberg.  God may laugh at the former NYC mayor like we do but I am sure the Lord has something more in store for those who promote their lies as His truth.

By the way, pardon me for laughing.  Though I do not usually find Colbert funny, he is spot on here!