A Modern Day Renewer of the Church 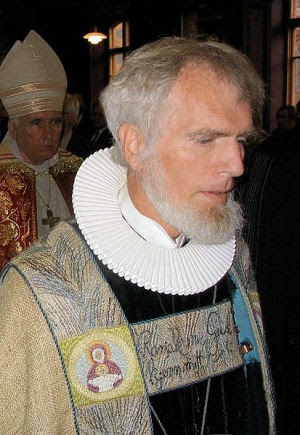 Norwegian Bishop Børre Knudsen died quietly in his home near Tromsø Sunday morning, August 17, 2014,surrounded by his family. Norway’s most prominent pro-Life leader had suffered worsening Parkinson’s Disease in recent years. His passing sparked a wave of praise from Christian and even secular publications across Norway. An editorial in the Christian daily Dagen entitled “Heartfelt Thanks, Børre Knudsen” described him as “a unique person. His warm heart, his gentle zeal and his steadfastness stand as strong testimony to a life of selfless service for the Life that God created.”

“When the history of our times is written,” Dagen continues, “Børre Knudsen will be one future generations will hear about. Knudsen’s struggle is not driven by opposition to women’s rights or the preservation of traditional gender roles, but by a strong commitment to protect life itself.”

Vårt Land writes, “Børre Knudsen will go down in history as one of the most important churchly personalities of our time, but both he and his family had to pay a high price because he stood out front in the abortion battle.”

Bishop Knudsen was known throughout Norway and beyond for his gentle demeanor but uncompromising struggle against legalized abortion, beginning when the Norwegian law was adopted in 1978. Protesting the law, he refused to carry out government duties assigned to state church pastors, such as keeping official records, and refused his salary, but continued his pastoral service to his congregation.

Also, a movie, entitled A Priest and a Plague has been made about his life.  It was released in Norway and was shown on nationwide television there a few days ago.  It will be available in this country in October.

HT to Chris Barnekov
Posted by Pastor Peters at 6:00 AM

Nice to learn about Knudsen early life. Thanks Peter for writing a brief description about him. He has always been one of my favorite Bishops. May his soul rest in peace.