Catching up on my reading. . . 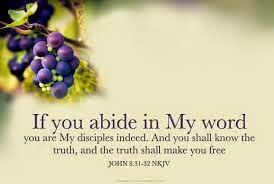 The Church is the only thing that frees a man from the degrading slavery of being a child of his age...

The world is abuzz about the seeming death of the Church due to irrelevance -- the ultimate sin of the modern age is, well, not being modern.  It might be tolerable to endure the constant nag of a world in love with itself and the moment at the same time except, of course, that the incessant whine also comes from within the Church -- from those who claim to be lovers of the Church and who offer the answer for the impending doom of being out of step with the times.

As is so often the case, when we are worried about being deemed irrelevant by the world or carrying the angst of being an antique in a modern world, we seem to be completely blind to the fact that modernizing and getting in step with the world is the surest way to be out of step with Christ.  Truth be told we have given into the temptation to rehab the Gospel so many times that many churches, pastors, and people in the pew no longer know what the Gospel is.  It has become a thin veil of approval that covers us in such an innocuous way that we can gladly still see ourselves and admire what we see with impunity.

Some things could do with a little upgrading.  I am typing on an ancient Windows XP computer that everyone says is at the end of its life, though it seems to function as well today as when I acquired it some dozen or more years ago.  Perhaps they are correct and it is about time to shop for new technology.  But the doctrine of the Church, the shape of the liturgy, and the means of grace are the treasures of God entrusted to us.  We are given them not to altar, change, or upgrade but merely to keep faithfully.  If we do this, God has promised to do the rest and the gates of hell shall not compromise His power to finish what He has begun!

The problem with sin is that it masks slavery as freedom and freedom as slavery.  If we depend upon ourselves we will end up in a slavery that leads to death now and eternally.  But if we endure in Christ, cling to His cross, proclaim faithfully His Word, speak with fidelity the Gospel of His cross and resurrection, then we are free -- not the fake freedom that is really the justification of wrong but the surprise of freedom that only Christ can give and the Spirit impart.

Luther had a good quote about such freedom and slavery.  His you can sing.

Lord, keep us steadfast in your Word;
Curb those who by deceit or sword
Would wrest the kingdom from your Son
And bring to nought all he has done.

Lord Jesus Christ, your power make known,
For you are Loud of lords alone;
Defend your holy Church that we
May sing your praise triumphantly.

O Comforter of priceless worth,
Send peace and unity on earth;
Support us in our final strife
And lead us out of death of life.
Posted by Pastor Peters at 6:00 AM

Slavery is being tied to relevancy.