Christianity Is Its Own Culture. . . 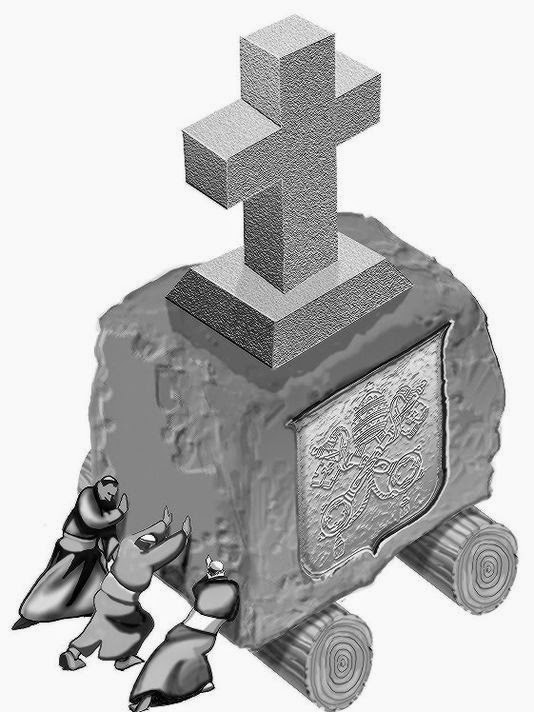 It seems that for too long Christianity has been in search of a culture.  There was a time when it was inconceivable that Christianity would not be seen as its own culture but all that seemed to disappear along with a great many other good things in the 1960s and beyond.  Somehow or other we got the strange notion then that Christianity was culture-less and that it was either compatible with other cultures or in need of an infusion of culture from the world around it.

Certainly this was impetus for the strange liturgical innovations of the late 1960s and early 1970s.  Certainly this was the mission ideal of churches who sought more to reconcile the culture of the people they were evangelizing with Christianity rather than introduce the culture of Christianity to those who did not know it.  Now, so far from that time, we have ended up with an evangelicalism that has sought to reinvent Christian culture but has chosen to model that culture after the world around us.  Even the world is not so stupid as to see this for what it is.  So the world is not so impressed with a faith that borrows heavily from everything else while offering little more than the name of Jesus and the promise of happiness as its own unique Christian contribution.

Both the Western church and the Eastern church have been building a Christian culture for two-thousand years.  While there are some distinctions and differences between East and West, there is also remarkable convergence. Music, the visual arts, architecture, liturgy -- even literature -- are all a part of this emergence of a Christian culture that is at one and the same time exclusive to the Word and Sacraments and inclusive to  those from various cultures. Christianity has a language and a culture -- the way we address the faith to the world. All of this includes how we see God but also how we see ourselves, creation, our place within creation, and our baptismal vocation in service to God within the world.

So, when churches reject this churchly culture of the faith, they are left when only two options.  Either adopt the culture of the world around them or invent a new culture of Christianity.  Some have insisted that this is exactly what must be done.  They have falsely judged the culture of the Church as being out dated, irrelevant, and incompatible with the modern world.  In this respect it is fair to say that worship wars or culture wars has been about a high culture versus low culture -- not because the Church has framed it this way but because those who reject the culture of Christianity have characterized it in this way.  It is not valid and only trivializes the Gospel but that is indeed how much of evangelicalism has framed the issue.

The problem is that building a culture is a timely pursuit yet those who have sought to build a more modern, a more entertaining, and a culture friendlier to the world do not spend much time putting it all together.  Without the tools of the Church (liturgy, hymnody, the church year, etc...), they have largely taken what was around them and thrown in the name of Jesus here and there.  The end result is that the music, architecture, vocabulary, worship forms, and "style" of evangelicalism are borrowed not from Scripture or Christian history and thought but the consumer driven marketplace.  The music sounds exactly like what you hear on the radio and could, literally, be interchangeable with it.  The architecture looks like the malls scattered across America and many churches have purposely chosen to locate within the suburban mall so that they are indistinguishable from the retail culture around them.  The vocabulary of this new kind of religion is disconnected with the Biblical and creedal language of the Church but sounds strikingly similar to the pop psychology, self-help, and entertainment culture from which it is borrowed.  Jesus is an asterisk and an afterthought to these churches.

How long these will last is debatable but they cannot endure.  They must be constantly reinvented to fit the changes in the world around them.  However, with each reinvention such churches become further and further distant from the Scripture and tradition and from anything closely resembling classical Christianity.  Without doctrine and truth to stand on, they are left with the job of pumping up the sagging emotions of their people and constantly reassuring them that they are really okay just as they are and their wants and desires flawed only in execution but not in content.

The problem for Lutherans is that these churches appear to be so much more alive and functional than our own -- freed from the constraints of confession, creed, and liturgy.  And they are -- by the world's definition of life and success!  The problem so many Lutherans fail to recognize is that these are shams and fake imitations of true Christianity.  It is not a choice of style at all but the rejection of the true Gospel of the cross for the gospel of me and the superiority of my feelings over everything else.  We compare the emotionally manipulative worship and music and the vast expanse of retail styled architecture and the seeming success of entertainment style Christianity and wonder if we cannot have some of this and our confessional identity hidden in their somewhere as well.  Well, we can't.  We have to choose -- the church's culture of creed, confession, liturgy, hymnody, piety, and service OR the church of me, individualistic, feeling oriented, easily changeable, adaptable to every whim of culture and truth.  Either we have confidence in the "culture" of Christianity -- namely the means of grace -- or we have confidence in market driven messages and methods to build little kingdoms on earth that, in the end, know nothing of Christ and do not belong to Him.

The saddest part of this is that in the end it is not merely a matter of form but of content --  the people who flock to the entertainment style churches who mirror back to them what they want to hear and say are getting no Gospel, receiving nothing of Christ and His gifts, and left dead in their trespasses and sin.
Posted by Pastor Peters at 6:00 AM

If the LCMS could bring back funding for 'This is the Life', that would help Christian culture. Hopefully, the message of the gospel of Christ won't be choked off by 'Social Justice' and modernism, like it was in the last episodes.

"Either adopt the culture of the world around them or invent a new culture of Christianity.  Some have insisted that this is exactly what must be done.  They have falsely judged the culture of the Church as being out dated, irrelevant, and incompatible with the modern world. . .

The saddest part of this is that in the end it is not merely a matter of form but of content --  the people who flock to the entertainment style churches who mirror back to them what they want to hear and say are getting no Gospel, receiving nothing of Christ and His gifts, and left dead in their trespasses and sin."

And the mall-style churches? -- are closing about as fast as they are opening. (Have seen this.)

An eloquent and precise presentation of the dilemma facing us.

Zeitgeist oder Heilige Geist? The Church that marries the spirit of this generation shall be a widow in the next.