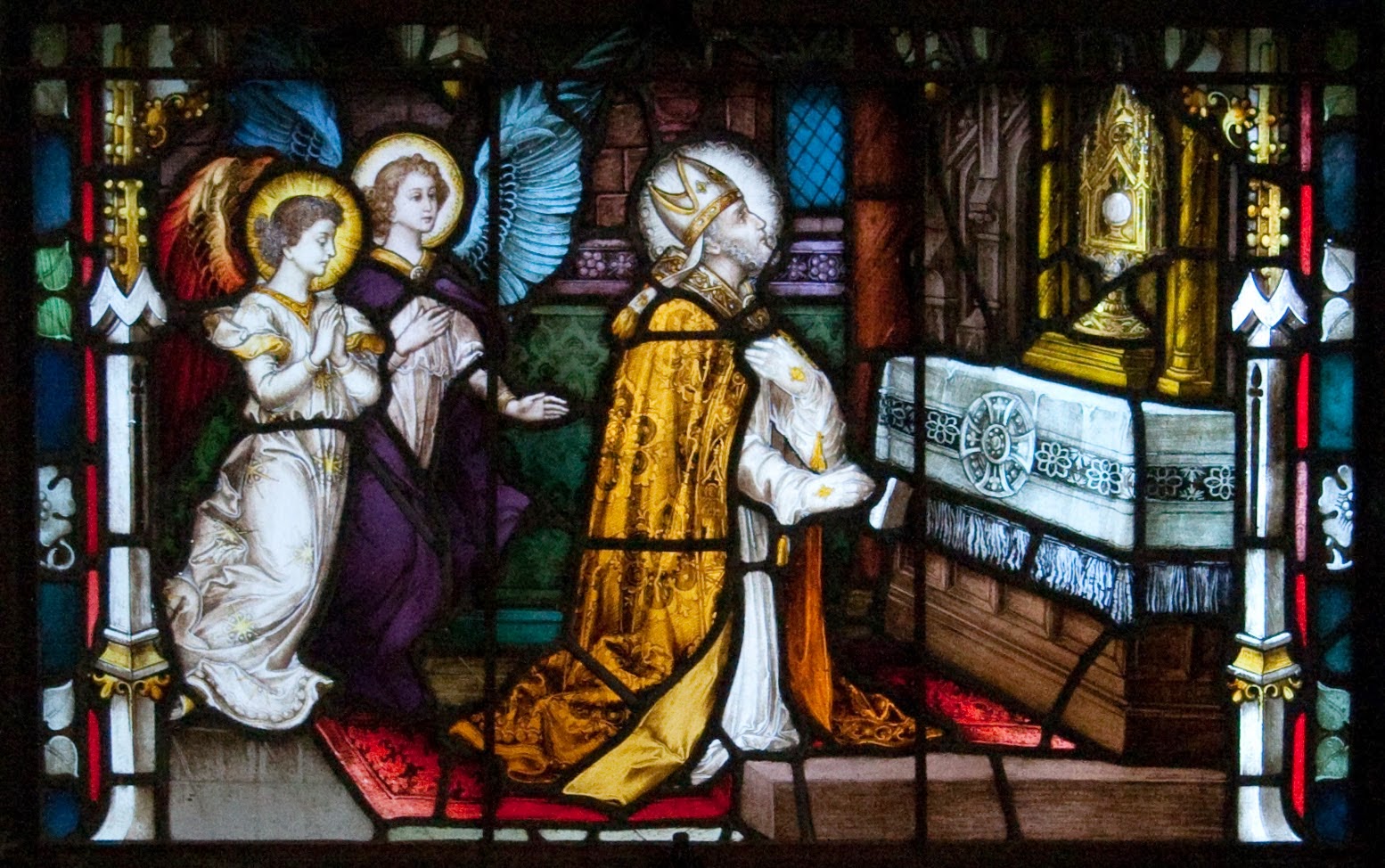 Simplicity in the pulpit, charity in the confessional, and reverence at the altar. . .  Borrowed and amended from St. St Alphonsus de’ Liguori when he was appointed bishop of the small town of St Agata dei Goti in 1762. . .

Good advice, I think.  Simplicity in the pulpit; the pulpit gives no prizes for oratory.  We do not orate.  We preach.  Perhaps that is the problem.  Too many occupants of the pulpit orate, that is, they speak upon their own merits and by their own passion as if by their words they will convince.  Instead preaching acknowledges that we do not speak on our own or on our own authority.  Like Jesus, we are joyfully humble in admitting that the words that I speak are not my own but the Word of God.  We preach not as those whose passion convinces but as those who know the Word of the Lord will not return to Him empty handed but will accomplish the purpose for His sending.  I am not saying to preach simplistically (not children's sermons) but to preach with the simplicity of the Divine Word before, after, and thoroughly intermixed with all that is proclaimed.  I also think that I and most preachers attempt to do too much -- implying that the sermon is the only means of grace and that everything hangs upon the preacher.  Simplicity means not overburdening the sermon with too many points and taking people so many different directions they do not hear Christ and Him crucified.

Charity in the confessional; you are not judge and jury.  We hear the confession of those who come.  It is the very nature of confession that we own our sins with our own voices when we confess them -- out loud.  But we speak them not to invite the judgement of the Pastor.  Rather, we speak them out loud as the penitent who own our sins, who lament them before the Lord, and who believe that He forgives them because of the merits and mercy of Christ.  We speak them out loud and personally admit them so that what may also be spoken out loud and personally to us sinners is the absolution.  I forgive you.  Not some kooky psychology to diagnose and improve me therapeutically but Christ who is the Word who answers my sin with His cross, my shame with His suffering, my guilt with His blood, and my death with His life.  Neither is it some kind of dismissal of my sin as if they were not so bad.  No, the Lord did not suffer so and spill His blood because He could or He should but because my sin demanded it or I would not be free.

Reverence at the altar; we have become the Three Stooges and Laurel and Hardy while standing upon the holy ground of His presence.  In our effort to throw off the artificial formality of a bygone age, we have become folksy and casual with the House of God and the things of God.  How foolish we are!  Even bidden, we acknowledge this is holy ground on which we have no right to stand except we stand in Christ by baptism and faith.  We are made to feel at home not by making God's House homey.  Rather it is the confidence of why we are standing here and in whose name we stand that we are confident.  Reverence is not stiff or artificial formality but it is the awesome realization of who God is, what Christ has done, and how His Spirit has bidden us come... come and hear.... come and eat... come and rejoice... come and give thanks.  I find it impossible to reconcile the formality and divinely instituted worship of the Temple with the faux informality of the modern worship space with its casual clothes, casual humor, and casual attitude toward the things of God.  Reverence is not a command but the faithful response of those who know what God has done.  “The priest at the altar”, says St Cyprian, “represents the person of Jesus Christ.”  Indeed, it is even more than this.  Christ works through the voice and hands of the Pastor to give His gifts to His people through the means of grace.  Casual???  I don't think so!