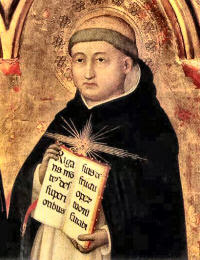 We hear a great deal about the need for the Church to be relevant, to know and connect with the felt needs of people, and to change to fit the changing desires and circumstances of people, culture, and society.  It is the drum beat of transformational change, without which the Church will die (at least in the prophetic view of the church growth gurus).  We have watched as congregational size effectively ditched the mid-size parish in favor of either a very small church (with 100 or less on Sunday morning) or a very large mega church (with more than 1,000 on Sunday morning).  We have seen worship transformed from liturgy to entertainment, from a participatory to a spectator orientation, and from traditional hymnody to pop gospel/contemporary church music.  We have seen choirs disappear and worship divas invented, vestments ditched and the new uniform of khakis and polos or tees and jeans invented, and preaching become story telling.  We have seen buildings devolve from the ornamented styles that were defined by what went on in them to warehouse buildings with little art or decoration except the stage, lighting, and sound technology and video screens.  All of this was keyed off what was happening around the Church in homes, workplaces, and shopping malls.  Felt needs.  Church following the cue.

The problem with this is that grace answers no known felt need.  Grace is such a scandal and surprise to the mind and heart of every age and every people that it is impossible for anyone or anytime to identify grace as the felt need of the person or the moment.  It is, for that matter, impossible for people to define grace as a felt need.  So what does that say about an orientation toward felt needs and the central message of Christianity?  If we wait for people to become aware of and vocalize their need for grace, the Church would be sitting and waiting for a very long time.

I am not the first to suggest this.  No, not in the least.  Is it possible for human beings to desire God’s grace of their own accord and to identify this grace, as it were, a “felt need” for them?  According to no less than Thomas Aquinas, the answer is "no."


It could not be the case that grace answers to known natural need, because what is by nature required must itself be of the natural order that requires it, and therefore not grace. For grace is the free gift of divine friendship that exceeds not only any actual human power to achieve; it exceeds any power of human imagination to conceive, attainable or unattainable. In short, grace cannot answer to natural need as naturally known; for if it did it would not be grace. (Denys Turner, in his book Thomas Aquinas: A Portrait, p.170)

Therefore, for Thomas it takes grace to know that we are in need of grace; and it takes grace for us to know that there is a possible condition to which nature is restored, a condition far beyond the powers of nature even as they were before the Fall. . . Grace, therefore, does not exactly answer to our desire, as if we knew what our desire is. Grace answers to desires that only it can arouse in us, showing us what it is that we really want: grace is pure gift, the gift we could not have known that we wanted until we were given it. For grace does not merely solve the problem of the gap opened up by the Fall, restoring us to where we were before Adam’s sin. It goes far beyond and above that, calling us into a friendship which is surplus by an infinite degree to the solution required. (p.171)

By grace, then, we are not . . .given what we want. By grace we come to want the grace that we are given.

Thomas is hardly identified as Lutheran in his thinking and approach but I believe this makes his judgment even more credible.  In essence, God has to manifest Himself to us before we know we need grace and this manifestation is itself His gracious act on our behalf.  This does not necessarily mean that the Gospel must be announced to us first but that the gracious fruit of the Law's unrelenting judgment against our sin is that we learn we have nowhere else to go except to Him who has provided the one place where we have access to the death that saves and the life that redeems those born in sin, under its curse, and condemned to its punishment.

What this means is that the approach of modern Christianity as a response to the identified felt needs of the people is a hopeless approach for those who desire to bestow the gracious gift of God in His Son.  Literally the Church will wait forever and still no one will stumble on their own into awareness of grace and of their need to be saved by grace through faith.  The work of God is then both to build an understanding of our lost and condemned condition that prepares the person for the announcement of the Kingdom that comes by grace to rescue the lost and condemned sinner by the blood of Christ poured out in suffering and death and by the life of Christ raised in triumph and hope.

Much to ponder here for us all. . . from the unlikely source of Thomas Aquinas through Denys Turner.  Being no expert on Thomas myself, I defer to the author but I find his case compelling. . .  Could it be that the church, in ditching the very shape and form of the liturgy, in abandoning the heritage for the moment, and in eschewing the voice of apostolic proclamation, has rendered that church impotent to address the real need of fallen humanity with real answer of grace, pure and free in Christ?
Posted by Pastor Peters at 6:00 AM

I see nothing in your post that explains why LSB (or similar style) is better than the worship styles that you condemn.

One problem here is that “grace”, as Thomas Aquinas defines it, is very different from “grace” as Lutherans understand it. To Aquinas, “grace” is something infused into the Christian that sanctifies and justifies him. To Lutherans, “grace” is a quality of the nature of God, by which He loves people even though they do not deserve it. Therefore, the two views of “grace” also describe two entirely different views of salvation: the Roman Catholic one, by which, having received God’s grace, we now earn our salvation, and the Lutheran one, by which God’s grace declares sinners righteous because of the life and sacrifice of our Lord.
The Lutheran view is probably best expressed by that most beautiful sentence in all languages, inspired by the Holy Spirit, and written by the Blessed Dr. Martin Luther, “I believe that I cannot by my own reason or strength believe in Jesus Christ, my Lord, or come to Him; but the Holy Ghost has called me by the Gospel, enlightened me with His gifts, sanctified and kept me in the true faith; even as He calls, gathers, enlightens, and sanctifies the whole Christian Church on earth, and keeps it with Jesus Christ in the one true faith; in which Christian Church He forgives daily and richly all sins to me and all believers, and at the last day will raise up me and all the dead, and will give to me and to all believers in Christ everlasting life.”
Peace and Joy!
George A. Marquart

No matter how Thomas defines grace or Lutherans do, the common reality of the quoted author's position is that grace does not answer any "felt need" identified by the person. In this respect, grace is completely foreign to the expected or identified needs of the sinner and a complete surprise.

If Lutheran grace is indeed the grace of God, then Thomistic grace does not exist, and vice versa. So one side invariably gets nothing regardless of any “felt need”.
The grace of Thomas Aquinas is no different than “the ministry of death” St. Paul writes about in2 Cor. 3:7. Just because death and grace come to us without any “felt need” does not mean they should be made equal.
Peace and Joy!
George A. Marquart