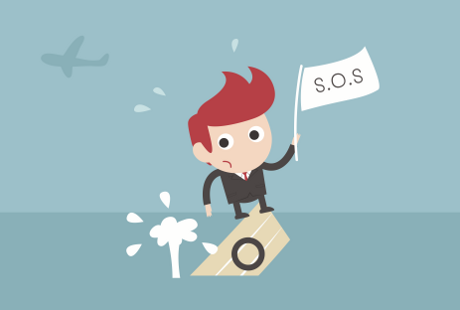 I once received these lists of the dying breaths and last words of churches (or denominations) as notes from lay folks asking me if they should be worried.  I once read these lists thinking that these so-called experts ought to be heard and maybe they had something to say.  Not anymore.

The latest incarnation I had emailed to me was written by Brian Dodd (whoever he is) and his last gasps of a dying church are:
Do these phrases hit close to home for you? Are there any more comments you want to add that you’ve heard?

I suppose there is truth to all of those lists but the answer offered by the gurus of growth are generally the same -- reinvent yourself, ditch the focus on doctrine and liturgy, take up entertainment/seeker worship, put a praise band in place of the organ, put a stage where the chancel was, dress down, act casual, try for relevance, preach trendy stuff that hits people's felt needs, shy away from mentioning sin and Jesus (except in the most generic sense), and take time to listen to the experts who know better than you or the Word of God what makes a church grow...

Here is another one. . . sent to me by a reader of this blog and written by George Bullard, the topic here is not a dying congregation but a denomination committing suicide.

Many denominations are slowly committing suicide. Suicide is not an intentional destination. It is, however, the unintended consequence of their collective actions over multiple years.  Denominational movements reach a point that they institutionalize. They do this because it is fashionable, to create organizations that will guarantee their survival, in response to requests from parts of the constituency that they provide more programs and management, to complete their rebellion against other Christian groups they do not want to emulate, because focusing on institutional things keep them busy and gains them greater status and notoriety, and because the opportunity was available to them.
Eventually they become hooked and even if they wanted to quit, many cannot or are in denial they are killing themselves. Here are seven ways their suicide is becoming increasingly inevitable. These are not the only ways, but they are effective ways of committing suicide.

Third, culturally, if not officially, denominations formalize education requirements. All ministers are expected to have a master’s degree from a seminary or divinity school and true leaders are expected to have some type of doctoral degree. This empowers the upward socioeconomic mobility of the denomination and leaves behind masses of demographics who need to be engaged missionally.

Fourth, officially they formalize and perhaps centralize the ordination of ministers. At least it is no longer a local congregational issue—if it ever was. Attempts are made to create and sustain a higher quality of clergy through the ordination process. Too often the excellence in character and competency sought for is a target missed.

Sixth, when denominational headquarters does not understand the difference between a strategic framework and a strategy it may be committing suicide. A strategic framework is what is needed at denominational headquarters, and even in many middle judicatories. Specific contextual strategies are what emerge at the grassroots through individual congregations and networks of congregations.

Seventh, when denominations regularly restructure, their focus is usually on rearranging the chairs on the Titanic. The primary outcome of denominational restructuring is often setting that denomination up to restructure again within five years. Even when there are attempts at broad-based ownership among congregational leaders for restructuring efforts the focus is still on managing the past rather than leading into the future.

Bingo.  It hit the LCMS in nearly every place we are vulnerable...  congregationalism reigns supreme, church planting is the only real goal and purpose, everyone a minister, listen to the people, find which direction the wind is blowing, set people free to do things on their own, forget constitutions and by-laws. . .  Again, there is a measure of truth in all of these lists but the solutions are never as simple or as idyllic as the writers of such lists think.  By this list, the Roman Catholic Church should be dying because it is the most controlling of all denominational structures but instead it is flourishing.  By this list, the Southern Baptist Church should be flourishing but it is no longer growing free and easy.  In other words, be careful about re-inventing yourselves to fit the lists of the self-appointed experts who know better than everyone else.

That is enough.  And skip the reading of lists of why your church is dying... it only distracts you from what you ought to be reading, wasting time that should be given to the faithful work God has given us to do, and instilling fear that we make church grow or die when, if we are faithful, it is God's domain to bring growth to His Church.
Posted by Pastor Peters at 6:00 AM

If the RCC is flourishing in this country it is first and foremost due to immigration.

I'd change one thing in the first list: Isn't it great that we sing ALL TEN VERSES of the hymn?

If the Church is dying, then at least it will be a dignified death. Imagine what death would look like in the postmodern churches.

All the doomsayers ignore a couple of things. 1. Luther himself used the metaphor of rain showers being the Gospel and life of the Church. Rain showers come down, make things grow, then move on to another place. 2. The swan song people ignore the truth of Means. Drum sets and a hip-looking pastor in skinny jeans are not Means of Grace. Sacramenttal entrepreneurs are not means. God's words of Law and Gospel, and His Sacraments are the means by which His Church receives Her life.

AND, the Church does not live or die at the hand of man and what he does or does not do. God has promised the "Gates of Hell will not prevail against It." She will remain until Christ returns for His Bride.

The Roman Catholic Church is not flourishing only due to immigration. Here in South Carolina, the RCC gets a healthy number of former evangelicals and Protestant fundamentalist converts, two of whom I know have become Roman Catholic priests. You would be surprised at how many burned-out fundies become Catholic.

Here is what I said:

"If the RCC is flourishing in this country it is first and foremost due to immigration."

Here is what you said:

"The Roman Catholic Church is not flourishing only due to immigration."

Can you see the difference?

Without immigration all the studies I've seen show the RCC with a net loss of numbers in recent years. That doesn't mean the RCC isn't gaining any converts.