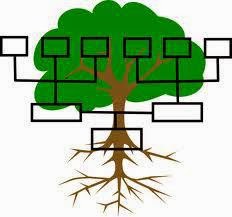 “Incest between siblings appears to be very rare in Western societies according to the available data but those affected describe how difficult their situation is in light of the threat of punishment. They feel their fundamental freedoms have been violated and are forced into secrecy or to deny their love.The majority of the German Ethics Council is of the opinion that it is not appropriate for a criminal law to preserve a social taboo.In the case of consensual incest among adult siblings, neither the fear of negative consequences for the family, nor the possibility of the birth of children from such incestuous relationships can justify a criminal prohibition. The fundamental right of adult siblings to sexual self-determination has more weight in such cases than the abstract protection of the family.”

Sexual self-determination is, according to the German Ethics Council, the most fundamental of rights.  Given the secularization of Europe, apparently a right more profound than the freedom of religion even.  Once we thought Germany was solid -- after all the people who brought you Mercedes Benz and BMW and Audi and VW were surely common sense people, right?  Such foolishness is shocking but not completely unpredictable.  We have had an uncommon shortage of common sense of late, Germany included.  But my point in this is to remind folks that once the sacred barriers of morality and family were vitiated, all the once solid prohibitions would eventually fall.  If it is not a direct consequence of gay marriage, cohabitation, and the sexual revolution, it is an indirect one.  As Europe goes, so goes America -- only a generation or so behind, perhaps.  Polygamy can no longer be prohibited -- say the courts.  Marriage is whatever the people marrying choose it to be -- say the courts.  Pedophilia maybe a different sexual orientation and not a perversion -- says psychiatry now and probably the courts soon.  Incest is an unfair ban against the fundamental right of sexual self-determination.  What is next?

"Once we thought Germany was solid..."

If not in WWI, then in WWII, that notion was trashcanned.

I can think of a right that is more "fundamental" that this: the right of free association. We can choose to not associate with such deviants. Maybe not legally, but ethically and morally we have that choice.

Was there ever any doubt that when we gained the ability to control conception chemically (no visible evidence) the things decidedly taboo would no longer be so? The left hand kingdom is able to be fickle in its determinatipn of right and wrong (with or against God). The scary part is the people in the right hand kingdom (supposedly) who are just as fickle.