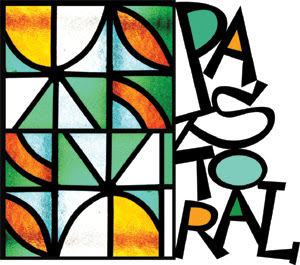 I have said this more than once.  When did "pastoral" become an antonym of "doctrinal" or "dogmatic"?  When we describe pastors as pastoral what we tend to mean is that they do not follow the rules but bend the rules out of love or charity.  So a pastoral pastor will open the altar rail to whomever while a doctrinal or dogmatic pastor will insist upon following the rules and allowing only people in fellowship to commune.  There are a thousand other issues we could use to juxtapose pastoral with doctrinal or dogmatic and we would probably not cover them all.

It seems that Rome has picked up on this idea as well.  The designated replacement of Francis Cardinal George of Chicago is described as a "pastoral" bishop.  In other words, unlike, say, Cardinal Burke, this fellow will not be so intent upon enforcing the doctrinal stance of the Roman Catholic Church and will be more likely to, say, bend the rules rather than follow them.  No one is saying he is a heretic or out on the fringes but he is described as a moderate or pastoral -- sort of like Francis.

Frankly, I am sick and tied of the way we use pastoral to describe those who are more likely to ignore doctrine and toe the line on its practice.  There is nothing pastoral about a pastor (bishop, pope, you name it) who thinks doctrine is less important than people.  There is nothing pastoral about a pastor who has decided that dogma is optional and it has no particular practice associated with its belief.  Whether you are Lutheran or Roman Catholic or Orthodox or Methodist -- it does not matter -- holding to doctrine should not be a bad thing.  In fact, we have far too many people questioning doctrine, challenging the truth of Scripture, wondering about the historicity of this person or that event, dismissing the historic boundaries of morality, and discounting the ability of anyone to know for sure about much of anything of Scripture, truth, and God.

There is little love in the person who refuses to tell the truth to people who might be offended by it.  The Gospel is just as offensive as the Law, just as scandalous to the modern heart, and just as far fetched to the modern mind.  Love means telling the truth, telling it not as a weapon to wound but as the only means to salvation, healing, forgiveness, and life.  No church body needs people who are less likely to be truth tellers because people might not understand it, might be offended by it, or might use this truth as an excuse for keeping their distance from the God who made and saves them.  Just the opposite!  We believe that God's Word is truth and that this truth has the power to save, to bring about repentance, and to create faith.  It is the promise of Isaiah 55 that God will not find His Word empty but will rejoice in the fruit for which He has issued that Word (through the mouths of His people and through the faithfulness of pastors who are not ashamed of doctrine and dogma).

A wise retired Army chaplain once said to me that the kiss of death for a chaplain is to only say "no" to his commander.  "No, I cannot do that, but I can do this."  said the same chaplain.  In other words the real distinction here should be between those who only say no to wrong and those who say no to wrong but find in it the occasion to speak the yes of God's grace.  Pastoral should not mean that you do not say God's "no" but rather that in addition to speaking God's "no", you also speak God's "yes".

The real pastoral pastor (bishop, pope) will seek the truth of God's Word and its faithful confession and practice and follow it.  This is not in antithesis to love but its fullest expression.
Posted by Pastor Peters at 6:00 AM

Did Burke ever say "I can do this"?
Saving only "no" is why there is so much opposition to him.
Any pastor that emulates Burke's style will have a lot of trouble and not much Gospel

And don't forget to mention that LCMS pastors who are lax in doctrine are termed "evangelical." So much for code talk and lingo in the church.

Did Burke ever say "I can do this"?

I'm sure he said it on numerous occasions - but about what is the question, one that the commenter either can't or won't answer.

"A wise retired Army chaplain once said to me that the kiss of death for a chaplain is to only say "no" to his commander. "No, I cannot do that, but I can do this." said the same chaplain. In other words the real distinction here should be between those who only say no to wrong and those who say no to wrong but find in it the occasion to speak the yes of God's grace. "
My apologies for being unclear; writing is not something I do well. I think people object to Mr.Burke dogmatically saying No to people and their lifestyle without offering comfort or forgiveness. Church discipline should come with love and forgiveness; not just with denunciation.

What comfort is there in the absence of repentance? Without repentance there is no hope or forgiveness.

It seems we want "pastors" like many parents are today - "no" means, "well, no, but --- well, OK (and not, "no, and here is what God says aout this and why..." We can accept "no" when it is ameliorated by tickling our ears, and redirecting us away from the Law, repentance, and the Gospel. We are overwhelmed with the "God loves you anyway" wimpiness of someone like Joel Osteen.

"I think people object to Mr.Burke dogmatically saying No to people and their lifestyle without offering comfort or forgiveness. Church discipline should come with love and forgiveness; not just with denunciation."

Forgiveness can come only after repentance, bringing with it comfort. That is genuine Christian love. To offer "comfort" to people committed to a sinful "lifestyle" is a act of disdain rather than of love, as it serves only to harden them in their sins and make repentance less likely and more difficult for them.