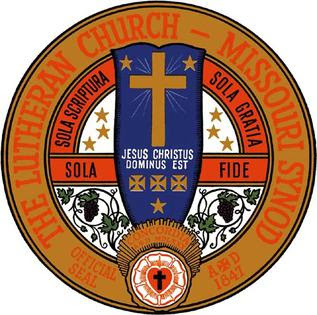 Every now and then one who comes from a church body called the Lutheran Church Missouri Synod can be thankful that in Rome there was an Extraordinary Synod (we Lutherans are too self-deprecating to call ourselves anything but ordinary).  There is that word again.  Synod.  Somebody else is using it!  Wheeew.  I thought we were the only ones?!

Then I stumbled across a traditional Catholic blog which not only mentions synod but talks about various aspects of its meaning.

The Pope Emeritus tells us that the word used in Luke for Jesus, Joseph and Mary's travelling up to Jerusalem is synodia meaning a "pilgrim community", or a travelling caravan. The other word, which seems similar, is synodos, meaning an "assembly" or "meeting".

The synod in the past week represented more of a synodia than a synodos. But, are not both definitions true? The Church at large now sees the great divisions many of us have seen locally. Those with a "gay agenda" are trying to steer Holy Mother Church way from the truth concerning marriage and the family.

But, a synodia has to go somewhere, a pilgrimage always has a goal. And, a true pilgrimage must be penitential.

Some leaders want synodia not synodos. Some want constant change and new horizons in doctrine or even pastoral care.


Read the whole of it here.   I am marginally disappointed that this author has not used precisely the same terminology the by now legendary definition of synod that we in the Lutheran Church Missouri Synod use -- walking together on the way -- but close enough.

Sure, some of you will say that ELCAites use Synod to refer to Districts and there are some micro synods among the myriad of Lutheran acronyms.  All I can say is that the ELCAites do not really mean it and the only micro anythings I pay attention to are breweries (as is salutary and good).

If you are Missouri Synod and reading this, you can also be relieved that someone else is preoccupied by an obscure term which we hold near and dear.  Ahhhhh, it is a good day in Synodland when somebody besides us is defining the term that nobody on earth seems to know but a few Missourians (and even fewer micro Lutherans) -- and even most of them are not sure what the word actually means!
Posted by Pastor Peters at 6:00 AM

The excerpt about the Romish understanding of "synod" comes from "Meditating on The Synod" by some person(s) named "Supertradmum."

You took a couple jabs at "microsynods" who you say do not know the meaning of synod. Most of those "micros" were walking together with the LCMS in the Synodical Conference, until the LCMS no longer walked the same path as Walther and Pieper. The LCMS walked away from its fellowship.

I would characterize the ELS as a more than a micro synod -- by micro I am thinking of those "synods" that are a couple of congregations big. I recall one named Evangelical Lutheran Federation -- aptly acronymed ELF because it consisted of only a couple of congregations throughout the whole USA. I did not mean to imply they did not know what the term meant but only that they are so small as to be missed on the radar of Lutheran entities. The ELS and WELS, to name the two that were once in fellowship with the LCMS were not meant to be included here -- at least not by me.