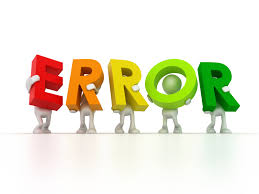 We live at a time in which a large number of people believe the church was wrong about infant baptism, wrong about the presence of Christ in the Supper, wrong about the truthfulness of Scripture, wrong about marriage, sex, and life, and wrong about Jesus and His claims.  In other words, there are many who think themselves Christian but who believe that for the majority of its history, the church did not get right many things are among the most celebrated causes today.  That surely includes the idea that sacraments are at best symbols and nothing more and that Scriptures is either wrong or we understand it wrongly when it comes to the historicity of even major stories.  It also includes the definition of marriage, of who can marry, of the purposes of marriage, and of the intricacies of gender diversity as the world today defines them.  And yet these who think the church wrong, have not abandoned Christianity as much as attempted to redefine it away from doctrine and onto a simple yet noble ethic of love (love that really means tolerance, acceptance, and the celebration of whatever feels good).

A church which could be so wrong, for so long, on matters as fundamental as Baptism of the Lord's Supper, the historicity of the events in Scripture, and the shape of the most basic human social relationship raises as many questions about its God as it does about itself.
Posted by Pastor Peters at 6:00 AM

I pray that the LCMS is strong enough to withstand the tidal wave of apostasy and heresy flooding the church these days. The progressives have tainted the waters of mainline Christianity. As more churches fall away, believers may have to settle for small house churches scattered about the land, as is done in places like China and Vietnam.

You have made a straw man argument. I do not know any Lutherans who
question infant Baptism or the Real Presence of Christ in Communion.
I have heart Lutherans say that the Lord's Supper is not the LCMS
Supper and are in favor of open communion with non-LCMS Lutherans.

Is he talking about Lutherans who deny baptism and the real presence or those who challenge the Lutheran position and insist that everyone got it wrong for 1500 years or more?