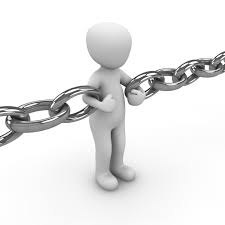 What a marvelous term!  Magnificently unoriginal. . .  At a time in which innovation, creativity, thinking outside the box, starting from scratch, and the like are prized among all other things, the key value in the Church is continuity.  We do not create but commend what has been commended to us, the sacred deposit, the holy tradition, that which was delivered to us by the prophets and apostles.  Yet too many have forgotten this and even now the Church is often belittled from within as much as without for NOT innovating, creating, thinking outside the box, starting from scratch, etc...  The Church suffers less from those who preserve even within some frailty than it does from those who seek a do-over, a chance to re-invent and re-create after having judged the past a failure.


Holding firmly to what has been given us, mining through the wisdom of the fathers who went before, and making consistent witness to the unchanging truth of God's Word, we are placed here as anchors against a flood of change that no generation can stop.  It is not like we have had calm or peace and lost it but we have faced an ebb and flow of a rather constant movement throughout history to extend the distance created in Eden when Adam and Eve discovered guilt in their sin and thought it could be answered by running away. We constantly complain that the the Church is in danger of being judged irrelevant or left behind by a people who have moved on but the real danger before us is holding the anchor to God's Word, to the catholic and apostolic tradition, and to the unchanging doctrine once delivered to the saints.

We call it progress that a woman can choose and become judge and executioner to the child in her womb but it is no improvement.  Rather it has shown how we have devolved into a horde, an untamed brood who refuse to be ruled by laws greater than whim or by an interest greater than self-interest.  When we redefine marriage and family we think we are unleashing the constraints of age and prejudice but in reality we are tearing at the very foundations of both church and state, the too often fragile structures on which life in the Church and life together in community are built.  We have not cast off the chains of bigotry but merely substituted one form of bigotry for another and this one at odds with the natural law written into heart and soul.  How can we find peace when we forge a future that digresses into the worst of our faults, failings, and flaws?

So often it is said that the Church only says "No!" and I suppose that it sounds exactly that way.  But in order to be faithful to God's "Yes!" we must not shy away from His "No!"  When the very fabric of our society is at stack and the Church seems to have given up on her truth, this is not the time to fear that "No!" is not enough.  It has gone far enough in some traditions that no one knows how to argue for the Church’s teaching any longer. Instead we are left with theological clichés and moralisms which pit doctrine against feelings in such way that doctrine will always lose.  We have surrendered moral law to the same vagaries which rule theological truth until we are left in a state of utter confusion. We have judged truth to be unrealistic or harsh and have pleaded for situations, circumstances, and feelings to decide how to choose and what to choose when people must make a decision.  We speak confidently under the guise of the Gospel in presuming that nobody needs to be guided -- only to be set free to do what is right in their eyes.  We have turned a theory for the creation of the universe into the rationale for everything until even truth evolves, contracts itself, and disconnects from the past -- yet we see no contradiction.  We have created bureaucratic structures instead of teaching magisteriums and they have effectively cast doubt not only on creed and confession but upon the Scriptures themselves.  In the face of this, there is nothing so deep, so profound, or so sensible than when the Church musters up the courage and strength to say just that:  "NO!"

Of course, there are times when we must restore what has been lost and to some it will seem and sound as if this is innovation.  This is a danger in every reform.  But the goal of reform is to reclaim our catholic past and restore the central voice of God's Word to the cacophony of voices that threaten to drown His voice out.  It will always sound like something new to those who have forgotten there was a past before yesterday but this is a risk we must take.  It was Luther's quest in his age and it is our own holy cause today -- both for the same and for different reasons.  The test is not whether it works or even whether it makes sense but whether it is faithful.  The best reformers are those who are magnificently unoriginal -- who restore what has been lost in such way that it may sound fresh but it is the unchanging Word, the unchanging truth, and the unchanging liturgy by which God has addressed a fallen world with hope and answered sin with mercy and bestowed unearned grace upon an unworthy people.

We can do far worse than to be unfailingly determined to be magnificently unoriginal in preaching, teaching, and catechesis.  And the world can find infinitely worse than the one eternal Gospel which is preached and taught as if it were brand new this morning.
Posted by Pastor Peters at 6:00 AM

In this column there are twenty-six uses of the pronoun "we" without specifying whether a given "we" refers to the Church, Lutheran laity, Lutheran pastors, the Missouri Synod, other Christian organizations, society in general, the Kingdom of the Left, etc.

It must be a slow Monday, Carl, when you have nothing better to do than count the "we's."

Just to help out, we is we the Church, the followers of Christ, believing in Him and saved by Him. That includes some in the LCMS, but many outside LCMS as well. I'm sure this is a difficult concept for one so intensely focused.

Excellent Post, Pastor Peters.
If Carl is confused, try inserting "Confessional Lutheran" in Paragraphs 1, 2 5 and 6 and insert "the World" in paragraph 3. Paragraph 4 does use both but Pastor Peter's writing is pretty clear about whom he is speaking.
I am only a simple country Deacon but I did understand what Pastor Peters was clearly stating. "The test is not whether it works or even whether it makes sense but whether it is faithful."

"We" obviously refers to just Carl.

Seriously, I counted three uses of the word "Church" in the first paragraph and ten in the article.

Fr. D+, sadly those outside the LCMS have intentionally or non-unintentionally decided to hold to heterodox teachings. There aren't several versions of truth. And one's allegiance to a heterodox body does mark one who is in error of Scripture and promoting divisions in the Church. And ironically, the article is against heterodox innovation. "Close" counts in horseshoes and hand-grenades but not ever in the Church.

While various anonymouses and semianonymouses have noted the column contains repeated instances of "Church" (and the capitalized form implies the Holy Christian Church, the communion of saints, the invisible Church), there are uses of "we" that simply cannot refer to the Church, or even the Evangelical Lutheran Church (the true visible Church of God on Earth). This leaves the other unspecified possibiities noted in my first comment, or perhaps it's the pluralis maiestatis.

I’m just waiting for the forgetfulness to reach critical mass, and people start remembering the past (Truth) as if it were new.

Janis, what you described reminded me of when after a time the animals gathered around the constitution in ‘Animal Farm’, and forgot what the words were. Pretty scary, indeed.