Voting for or against the Will of God. . .

The Irish will have had the unique opportunity to vote for God or against Him in no less than two referendums -- one on abortion and one on same sex marriage.  In America, we have followed the lead of the Supreme Court in determining whether or not these are constitutional.  Well, let me put it another way.  The SCOTUS has determined these to be the law of the land but has had to invent rights not explicit in the Constitution or Bill of Rights to do so.  Original intent has long been lost on these issues.  Though it is conceivable that votes could here be taken in some way on these issues, it is not quite the same as voting them in or out as do the Irish. 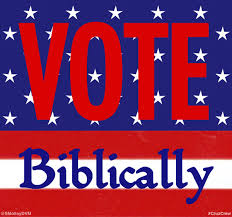 What is the meaning of such a vote?  Well, that depends.  In one sense it is a vote to distance the received tradition of law, society, and morality from modern day wants and desires.  There is certainly no absolute need to allow abortion or to sanction same sex marriage.  It is a desire to make the law fit the mood of the people at this moment, laws that give a snapshot into the state of things both moral and religious.  No one in their right mind would argue that all law, common, moral, and religious, has been on the side of preventing abortion and prohibiting same sex marriage.  Yet that is the point.  The votes are to distance not only religion but the received tradition from the present moment.

One thing that the vote does NOT do is overturn the will of God.  It cannot change the Word that endures forever.  Whether that vote takes place in Ireland or in church assembly, we cannot change the Scriptures by vote.  Democracy may be a messy but decent form of government (as many have said) but it has no place before the revealed will and word of God.  We may choose to diverge from it and disregard it but we cannot change it.  It is not within our power.

But there is another thing the vote does not do (neither the vote of SCOTUS nor the votes taken by the Irish).  Conflict and dispute cannot be voted away or ended by legality.  These are essentially values issues and votes do not change values.  That is why they remain disputed.  The law has been changed but the changing of that law and indeed its very moral base is what is in dispute.  The law can force upon us a rule that is unjust before the Word of God and the conscience informed by that Word but it cannot force us to approve of the injustice.  In this respect the votes in Ireland no more settle the issue than the votes of the SCOTUS have for America.

Common values have always been the cornerstone of any democracy.  That is perhaps why it has not worked as we hoped when we have attempted to export democracy to places where values are in dispute.  But it is certainly the glue that has bound our nation.  Not so much a common religion (for Christian expressions have been so varied and so diverse as to be different as night and day and yet democracy has flourished because of those common values).  Diversity can exist only within the tension of common values.  Once that diversity transgresses common values, the very fabric of the democracy is at stake.

America shows no signs of resolving the great divide over abortion or same sex marriage.  Indeed, other issues only magnify that divide -- assisted suicide, euthanasia, transgender. . .   The horizon is filled with other issues that will surely only magnify and expand our great divide and the reason for that is that a change in the law cannot change the moral conscience.  Maybe the Irish will find that out as well.  Divisions so entrenched, without an obvious means to bridge them, will be their own issues for the future . . . both here and in Ireland.

This is a question. How long do we believe our ability to influence the American political climate will last? As Christians, it seems we have been unable to protect the unborn from government sanctioned abortion, and we have lost traditional marriage as well. I for one see a time when the political system will not only marginalize us more, but increase persecution. Indeed, we will be Pilgrims and Strangers, and we will be unassimilated in our own land. This seems to be the trend in America going forward.

It will have to be Christian laity, in their Kingdom-of-the-Left vocation of We the People who will need to take the lead and see that justice is served to murderers, tyrants, and traitors in our country.

The image of Lutheran pastor Peter Muhlenberg at the end of his patriotic sermon taking off his clerical garb to reveal a uniform of an American Revolutionary officer, and enlisting 300 citizens to fight against tyranny is a myth created three-quarters of a century later.