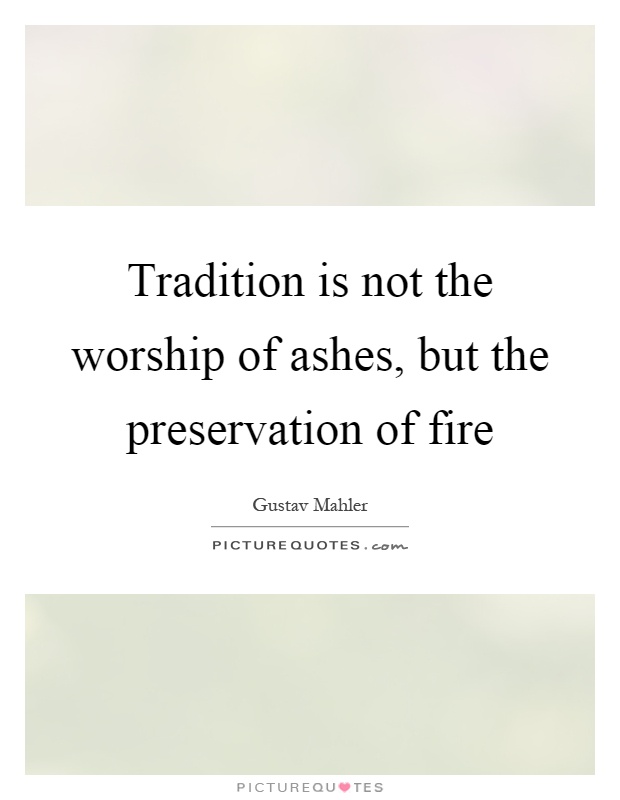 There was a time when it was popular to say It's not your grandfather's church anymore.  While the direction of the thought was against pushing yesterday's answers to the questions of today or the solutions of the past to the problems of tomorrow, the phrase was, at its core, as wrong as wrong can be.  For it is only our church if it is also our grandfather's church.  If the church ceases to be the church of our fathers, it cannot be the church of their grandchildren, great-grandchildren, and great-great-grandchildren.  So how did we get to the point where the past became our enemy?

Some have accused our institutions of higher learning of being anti-Western Civilization.  I am sure that there are many voices which are just that -- anti anything Western and especially anti the Western Civilization.  But on the whole I think the problem is deeper than a disdain for a culture or society.  I think it is disdain for your parentage and ancestry.  It has become fashionable in our universities to hate our forebearers.  To put it another way, from the colleges down to the middle-schools and also in elementary education, there is a deep disdain for tradition.  Period.  There is little sympathy for the narratives of our past, the stories of our heritage, or the thinkers of our yesterdays (except, of course, those who radically rejected and departed from the past as they knew it).  Our educational bias today is that it is required of the elite and erudite to cast aspersions upon every aspect of our history -- from its economics to its music, from its art to its science, from its sociology to its theology.

More than mere disdain, it is the enterprise of education today to steal this past away and rewrite it in favor of a more inclusive, diverse, and minority prominent perspective.  There is no more jarring condemnation than to accuse someone living or dead of being an old white guy.  So it is presumed that whatever flows from that defective fountain is poisoned and must be refuted.  In this, cultural anthropology has found its place and prominence as the pursuit of those visions and voices from the past who were oppressed by the dreaded old white guys and to herald the wisdom, achievements, and judgments of these groups as nobler and higher than anything history had once written about the old white guys.  History itself is treated as archeology in which trinkets from our exploration of the past and lauded as evidence for the tainted history once passed down to us by tradition.

Certainly our theologians of the present have learned this perspective and it has passed down to our pastors and church leaders as well.  Now more than ever we hear of those who want to reimagine the  past in order to evaluate better the present and address the future. New ideas are what is needed and it is the old ideas that are to blame for getting us in this terrible spot.  Fresh voices are needed to counter the weary and worn out views of the old white guys still around.  Personal experience has become more important that truth.  Anecdote has replaced truth.  The world is filled with the urging of many to restart what we have absent any influence from or ties to tradition.  Yes, we hear it even in our own church body -- the LCMS -- and we are hardly ever considered cutting edge by anyone.  The emergent church will not be limited by old confessions or constrained by traditional models of theological education or congregational form or worship style.  We have those voices among us and they are a drumbeat of rebellion against tradition in a church body which has always had a bit of a phobia about tradition.  So it is no wonder that it is catching on.

If there is a distinction between our two seminaries, I wonder if it does not boil down to whether or not they view tradition as an aid and ally of our present and future or an obstacle and enemy of where we want to go.  No one would way this out loud -- well, I did -- but it appears that one seminary finds friendship with tradition while the other is ill at ease around it.  The same is true around our church leaders.  In the past elections for Synod President and for some District Presidents (bishops for those who like the churchly terminology), the tension is often around two different poles.  One candidate inevitably lifts up our past and the other asks us to pick and choose from it (usually those things that support their rejection of it) and learn to walk together in another way.  Trust is also a key term in these election debates.  One side encourages us to trust each other to do what is right and the other asks us to remember our tradition and trust it as well.  Of course, both sides are effective in finding Scriptural support to aid their cause.

In the end it will be difficult to sort out who we are and what informs us and where we are going as long as hidden within that conversation is the tension between those who think tradition is a partner in addressing what is before us and those who think it shackles us from changing, adapting, and evolving as the world around us is doing.  I wonder if this tension is not also the reason for the growth of home schooling and it might be worth looking at the possibility that our parochial schools might find a bold new future in structuring their curriculum and disciplines in the form of an academy model from our past.  I wonder if the worship wars are not also guided by those who think hymnals are an anachronism from our past to be discarded against those who think that our worship books are links in the chain that bind us to our spiritual fathers even down to the apostles and evangelists.  In short, there are many ways in which we might see this rebuke of tradition playing out in the battles before us as a nation, a people, and a church.  Maybe you think there is merit to this as well.
Posted by Pastor Peters at 6:00 AM

Love your column. Having attended and then visiting the Seminary that holds up tradition for theological refreshment, these words are a breath of fresh air.