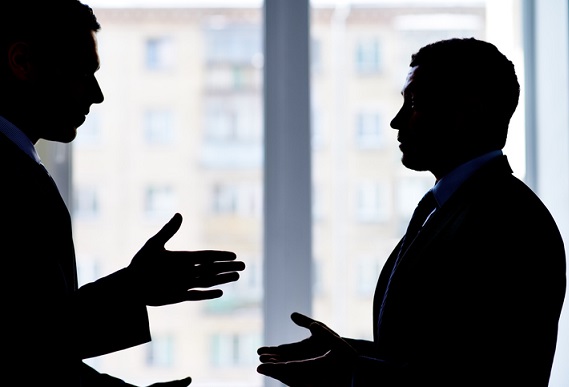 The stereotype of conservatism is that it is filled with old, white, curmudgeonly kinds of guys who are rigid in their views of everything.  And the general impression of conservatism is that these feisty fellows are out to steal away our freedom and lock down our minds and mouths.  On the other hand, the stereotype of liberalism is that it is filled with diversity and people who are open to just about anything.  And the general impression of liberalism is that these semi-hippy types are out to create a fully open society in which everyone is free to speak their own minds.  Perhaps it is all backwards.

A while ago I had a Facebook conversation with a Trump antagonist and, although I am hardly a big fan of Trump, I had the nerve to suggest that the accusations being made against Trump were simply not true.  In short order I was bombarded in this war of words and smeared as an unthinking Trumper, a racist, blind to the needs of the poor, and selfish in my white privilege.  The conversation is typical, I believe, of many public conversations which conservatives and liberals have.  In the end it was not a conversation.  My friend did not allow me the privilege of a point of view other than the one he, a bona fide liberal, espoused.  I did not challenge his right to have an opinion or to speak but he effectively shut me out of the conversation.  I did not want to fight it out over social media, so then the conversation was over.

It has been my experience that conservatism loves to debate ideas but liberals tend to paint people  with labels.  There seems to be no desire to debate the idea but rather to control the conversation and the easiest way to do that is to paint your opponent with a label.  Of course, liberals have no corner on this tactic and Trump, who was never a conservative in the classical sense of that term, loves to label his opponents.  But in conversation after conversation on social media, it is the progressive who refuses to tolerate any other idea but the prevailing liberal consensus about gender, sexual orientation, abortion, race, prejudice, social justice, etc...  So in this conversation, it is not possible for someone to be against the SCOTUS opinion, for example, and not be a homophobe or a bigot.  In this conversation, it is not possible for someone to be against rioting and protests designed to tear down and defund and not be a racist.  As I was told, white silence is white complicity.  These are great slogans but they do not advance a cause.  They chart out battle lines but they do not move the fight.  Too many on both sides have effectively done this but the reality is that a liberal society presents a false image of openness.  In reality, there is little tolerance for a different opinion.  Conservatism holds more than anything else the right of every voice in the conversation.  Some have not lived up to this but that is the nature of the cause.  It should be the core value of liberalism as well.  But we will see.  So far I am not optimistic.

And, by the way, what is true of the public square is also true of churchly conversations.  We have found those least tolerant are those who have traded theological orthodoxy for the prevailing mood of culture.  That is its own problem and deserves its own post.  Suffice it to say that there is little mood among the more liberal and progressive voices in Christianity to hear the voice of the Fathers or even give a listen to tradition.
Posted by Pastor Peters at 6:00 AM

Thanks, Pastor.
Took me back to my college days of studying Political Science in the 1960's and 1970's and my Deacon Studies in the 2000's...Good times both. Conservatism is a good thing IF it is held in the light of Scripture and the Confessions. Political Conservatism has to arise from a love of all people in light of God's Love for sinners: which means all of us people.
I too am no fan of Trump. Prayerfully American Conservatism can survive his "non-ideological pragmatism" as the Wall Street Journal opined in 2016. ..but whatever, the Confessional Lutheran faith,"very ideological... trusting both God's Promises and His Law and Gospel" will prevail.
Meander on, preacher...civilly speaking truth in Love based on Scripture.
Timothy Carter, simple country Deacon. Kingsport, TN.