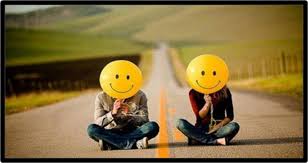 Pietism is movement that began within Lutheranism that combines its conservative view of Biblical doctrine with an individualistic focus upon personal piety and which frames Christianity largely within the context of how to live an authentic and godly Christian life. Pietism has been Lutherans gift to Christianity with particularly good reception among Protestants in Europe and North America (and to the missions planted by those so affected).  It is not particularly old, having originated in Germany in the 1600s but with roots far deeper.

It is most often associated with the work of Philipp Spener, a Lutheran theologian who emphasized personal transformation through spiritual rebirth and renewal, individual devotion, and piety.  Spener cannot be blamed for those who took pietism to its natural outcome and the quietistic, legalistic, and semi-separatist practices espoused by its advocates, he certainly provided a good spring board for Pietism to develop.  The Pietists believe "that any true Christian could point back in his or her life to an inner struggle with sin that culminated in a crisis and ultimately a decision to start a new, Christ-centered life" (see Russell Dawn, 2018). Check out a whole issue of Christianity Today on the role and impact of Pietism upon American Christianity.

Pietism flourished in Scandinavia and through Scandinavian immigrants, Pietism has been a force upon Lutheranism for several hundred years.  The idea was that Christianity was not so much a system of doctrine or beliefs as much as it was a guide for practical Christian living. Foremost among such teachers Johann Arndt but centuries later Dietrich Bonhoeffer would suggest that Pietism was the last ditch effort to save Christianity. Methodism borrowed heavily from the Pietists.  Indeed, the Pietist ethic of an active but practical Christianity is more responsible for the characteristics of American Protestant religious identity than the more demanding Calvinistic theology of Puritanism.

Few would echo Bonhoeffer's judgment now and Methodism is a shell of its former size and self.  One might think that this would translate into less influence from Pietism but such has not been the case.  Even Lutheran Confessionalism has lived parallel to the place and influenStilce of Pietism.  Perhaps the most current offspring of Pietism is MTD, Moralistic Therapeutic Deism.  Moralistic, Therapeutic Deism has replaced orthodox Christianity in many of America's churches –both Protestant and Catholic–across the USA.
Both Pietism and its bastard child, MTD, have created a weak and fragile Christianity, devoid of objective and eternal truth and empty of dogma worth fighting for.  Living with a God who is not really present but is really absent, sacraments become symbols and Scripture becomes words which must be sifted into something worth believing and teaching.  To the Pietist the question may be is it true for you but to MTD the question is how does it feel to you.  Still American Christianity wrestles with the whole idea of a God of truth and prefers a God of the heart.  American Lutheranism has grown too comfortable with this idea -- whether the liberal end of it which has turned the Gospel into "to thine own self be true" to its more conservative side which asks "why don't you feel and act better if you love Jesus?"  Both sound nice but neither offers anything real or true or worth fighting for.  Which is why American Christianity and Lutheranism has so quickly made its peace with the changing fabric of American culture and society and why our churches are still bleeding members.  Happy people, happy God.  Or so they say.
Posted by Pastor Peters at 6:00 AM