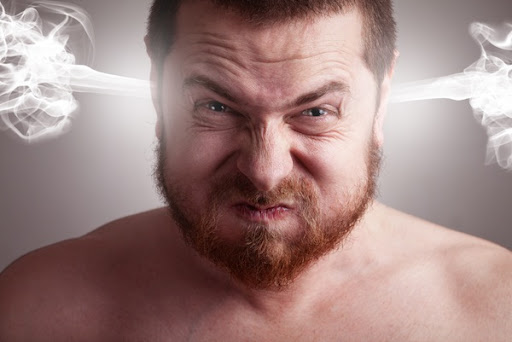 I have often wondered if some people, perhaps many of them, who drop out of Church are not so much agnostics or atheists as they are Christians who are angry at God.  Sometimes this anger if directed exclusively at God but sometimes, perhaps even often, this anger is directed at the Church or those who they presume are the Church.

People are not always that precise when they complain about the Church and anger does not encourage specificity.  So when people talk about the Church, they may mean the hierarchy (bishops, district presidents, superintendents, or synod presidents).  They presume that those with responsibility also have authority -- something not necessarily true.  Often they complain about the leaders under the guise of saying the Church has failed or at least failed them.

Others speak more personally and so when they complain about the Church, they are really complaining about the people nearest to them -- not bishops but priests and pastors.  These are the people they interact with more personally and the ones more likely to have failed to keep a promise or sense what had not been told them or answer them as they wanted.  Every pastor knows this.

Sometimes, though less often, when folks complain about the Church they mean the people in the Church.  They have been wounded by things said or left unsaid, or they have expected something of the folks in the pews and been disappointed.

It is, however, rather childish and foolish to decide you are not going to Church anymore because a national leader or local pastor or even the folks in the pews disappointed you.  Of course they did.  And if they did not yet, they will.  They are sinners.  But how foolish it is to try and punish God by leaving the very places where God delivers the fruits of His redeeming love and work to His people.

There is, however, another disappointment which happens quite regularly.  The Church gets the blame for the disappointment we have in ourselves.  We cannot live with anger that gets directed at the person in the mirror so this anger or disappointment is transferred to others.  This is because our own sinfulness can be even harder to admit than the sinfulness of those who serve us in Christ's name.

I do not discount the failings of the Church nor do I dismiss my contributions to those failings and to the disappointment of many.  I am responsible for me.  But those pointing their fingers are also responsible. And therein lies the problem.  It is easier to play the victim and point the finger at somebody, usually unnamed, than it is to admit our corporate guilt and respond with repentance.

However, when the pastor or church leader or the folks in the pew with you disappoint you, it is not God who let you down.  Don't give up on God because He works through flawed, failed, and sinful people.  The people side of the Church will disappoint you but God will not.  Rather than lament the fact that God works in and through sinners, this ought to be a cause for rejoicing.  You are also that sinner in whom God works and through whom He works.  If God is willing to work through you and those like you who are sinners, then you, as a forgiven sinner, need to learn to forgive your pastor when he lets you down and forgive your church leaders when they disappoint you and forgive the folks who sit in the pew with you when they do not live up to your expectations.  Get over it.  Stop getting angry.  Start forgiving.  And praying for.  And encouraging those who let you down.  Do this not for them but for YOU.
Posted by Pastor Peters at 6:00 AM

If I didn’t know better, I could blame peoples’ anger on today’s atmosphere. Created by the anger and vitriol on social media platforms, the animosity could be blamed upon the contagion found there. People might be a little miffed at pastor or parishioner/s, but exposure to the viral malaise takes things up a notch - or twenty.

However, I know better. People have been behaving like this since I was a young person old enough to recognize the symptoms. Deep down, we are all self-righteous. This is the source of our anger, and sometimes rage. We can imagine blasphemies against our person, or be recipients of actual affront. Neither should result in anything but forgiveness on our part. How difficult that is, God knows (truly; we blaspheme His name, too).

After reading this, I am reminded of a piece of insight offered several years back..."when you point out the failings of others, look down...there are three (3) fingers pointing back at you."