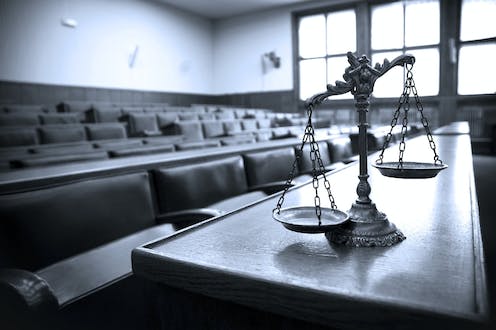 Even then, the lawyers and the courts do not settle anything.  They merely make things legal or illegal.  Witness the conflict over legal abortion that has lasted almost 50 years.  When there was no consensus among the people, there was no legislated answer.  Without legislated answer, the legal system took up the cause.  Without a community to say yes or no, the legal system approached it from a largely individualistic point of view.  It invented rights not explicit in the Constitution and Bill of Rights and it legislated from the bench its solution.  But although it solved none of the division, the court and its lawyers sat back and considered it done.

Now the same thing has happened with respect to a modern idea of gender identity unrelated to biology and with rights written into legislation that everyone knows was not even in the vocabulary when that law was written.  Will it solve anything?  Of course not.  Why not?  Because we no longer share any values, we do not have common goals, we do not enjoy a common truth, and we have given up personal responsibility for a victim culture.  On top of that we have carved out a role for the individual in which the society as a whole appears to be responsible for that person's welfare, happiness, and sense of security -- no matter what choices that individual makes or what actions that individual takes.  On top of this, we have decided that the people who are to enforce our laws are the biggest problem in all of this.

It is no different in the Church.  Rome has its canon lawyers to decipher a path through the thorny issues when disagreements and disputes threaten.  Sadly, the more diverse the doctrine and the broader the latitude of piety and life, the more canon lawyers are needed to forge a common path.  Lutheranism 's version of canon lawyers do the same but with constitutional articles and bylaws that must paper over the great divides that threaten our identity and church life.  When doctrinal unity wavers, we rush to find solace in rules and when ecclesiastical supervisors fail us, the bylaws provide a path to part ways or reconcile.  The danger of canon lawyers or CCMs is that they can easily be hijacked by those with an agenda.  We have felt the pinch of this in Lutheranism and Rome has also felt this tension.

Of course, we are not where the Church was in Acts. We do not meet in Jerusalem and we do not have James or Peter or Paul or their associates to speak with authority.  But we do have Scripture.  And we have the catholic tradition which flows from Scripture and the community of believers who have believed its Word and trust its Gospel.  Why is this not enough to settle our disputes?  Why is this not the force for unity that should bring our diversity together under one Lord, one faith, and one baptism?  Perhaps that is the problem.  We have Scripture and we have a strong tradition to surround it but we keep looking for ways around it, for short cuts, for wiggle room, for reasonable answer to irrational questions, and for a way to judge the Word that judges us.  As one who deals with bylaws and constitutions and policy manuals and SOPs and the like, I lament what we have become and long for the day when lawyers were not the people we turned to and courts were not the sources of our answers.  It would be better for the nation and for the Church if that were the case.
Posted by Pastor Peters at 6:00 AM