The cherubim still block the way back to the garden. . . 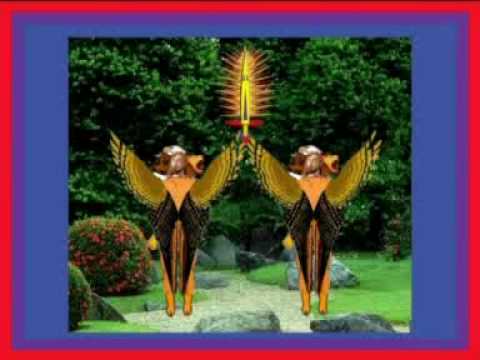 Read through Genesis 3.  It is the story of great disappointment, grave consequences, and grand delusions.  Remember also that God knew it would go this way before He laid down the pillars on which all creation stands, before He made the world and all that is in it, and before He breathed life into the dust to make us in His image.  Still, He persevered to finish His creation knowing the cost of redeeming what would be lost to Him in a moment of doubt, delusion, and denial.  Knowing the cross would be the cost of love, love did not hesitate to act.

Yet there is one more thing, too often missed.  Then the Lord God said, “Behold, the man has become like one of us in knowing good and evil. Now, lest he reach out his hand and take also of the tree of life and eat, and live forever—” therefore the Lord God sent him out from the garden of Eden to work the ground from which he was taken. He drove out the man, and at the east of the garden of Eden he placed the cherubim and a flaming sword that turned every way to guard the way to the tree of life.

For our own protection, the Lord stationed the mighty cherubim and a flaming sward to keep us from re-entering Eden and trying to restore things as they were by our own wisdom and might.  Redemption would come at the Lord's own bidding, in the Lord's own time, and by the Lord's own sacrificial redemption.  Until that day, there was only one thing on the Father's agenda.  He must protect His creation.  He had already filled their emptiness with hope of a Savior born of the woman. He would send forth His law as a fence to rein in the evil in the heart of man.  He had set in place the plan of salvation.  But there was no turning back.  So the road to Eden was blocked and man must live with himself until redemption was complete.

There are too many who have an agenda and who have hijacked the faith in order to promote their agenda.  They want to save the world, save the children, save the aged, save the poor, and save creation.  It is the melancholy refrain of a people who know what it wrong and who just want to fix it or at least be a part of the movement to repair what is broken.  Sadly, some of these people are more wedded to their cause than to the Lord whose redemption is our only hope and salvation.  Even so-called Christians turn their energies more on the deliverance of the day than the new heaven and earth which the Lord has promised.  Even self-proclaimed Christians have given into the idea that the rescue of the day is more important than being rescued for eternity.

The Church has been used as a spring board for so many causes -- good and not so good.  But the Church is not a launching pad for initiatives to redeem the present.  The Church certainly does impart the compassion to relieve the suffering around her but not as substitute for preaching Jesus Christ and Him crucified and for proclaiming the kingdom in which sin no longer destroys and death no longer reigns.  From the beginning there have been temptations that would distract God's Church from her goal and purpose.  The things held in common in Acts 2 became a distraction and a drag upon the Church's primary role and the waiting of tables in Acts 6 soon became a conflict of inequities and wounded feelings that could not be ignored.

There are some Christians and many outside the Church who feel poised to begin America anew and to restore an Eden against the backdrop of our own scarred history and painful divisions.  They have heady dreams of a world without prejudice, where resources are fully equal, where inequities no longer exist, when the individual is fully free to be whoever and whatever they desire, and when there are no more oppressors or oppressed.  But the cherubim still block the way back to Eden and sin still infects the heart, tempts the mind, corrupts the soul, and defeats noble intent.  What those revolutionaries have failed to see is that the only way to Eden is through Jesus Christ.  He is the Lord of the angels and He alone has the hands strong enough to wave off the flaming sword of judgment.  We can and we are commanded in the Law of God to act justly and to show mercy and not to be agents of evil but instruments for good in this mortal life.  But this is fruit of the larger reason for the establishment of the Church and the great commission -- to proclaim Jesus Christ crucified and risen.  There is no lasting good apart from Him and there is no redemption but through the power of His blood.  The cherubim still block the way to Eden except to Him who has the power to restore the good conscience through forgiveness, direct the lost back into the fold of God's mercy, rescue the lonely through the koinonia of the blood, and make alive the dead so that they live forever.

Christians would do well to make sure we are doing everything in our power to be good neighbors who love the family member and the stranger as Christ has loved us but this cannot come at the cost of our core mission to proclaim the Kingdom ushered in by the death and resurrection of Jesus Christ.  Ours is not the cause to bring a revolution and a new beginning for America or any nation.  Christ's Kingdom is in but not of the world, not political but of faith.  It may be tempting to forget this and get caught up in it all but if it does not profit a man to gain the world at the cost of his soul, what does it profit the Church to succeed in the moment but to fail for eternity?

"The cherubim still block the way back to the garden. . ."

So now we know the Garden of Eden is not in Seattle, Portland, Minneapolis, Austin, Atlanta, or New York.