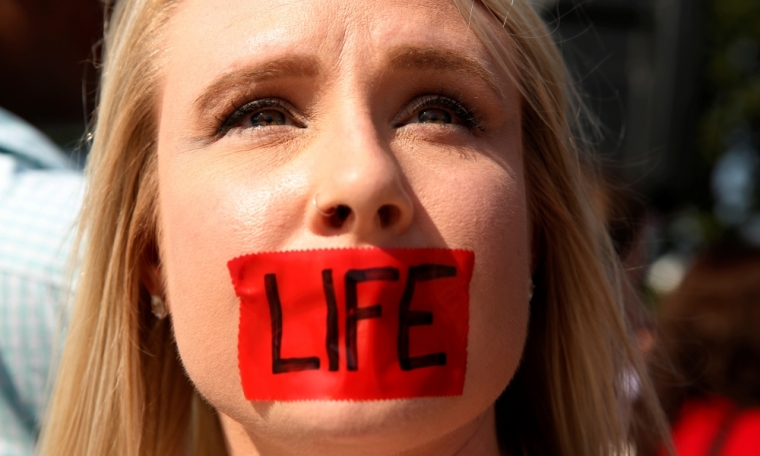 Although it has never been that life was universally recognized as sacred and having value worth preservation, it has generally been presumed that most Americans would agree to the special gift and protections afforded life.  There has been great dispute over abortion but those in favor have always argued that the life in the womb is not the same as life outside the womb, trying to distinguish them and generally holding that, once born, life is precious.   Yet even this has not prevented the move toward assisted suicide and the allowance that the individual can decide when that life is not precious and no longer worth living.

Now, according to new research from the Cultural Research Center at Arizona Christian University, the numbers of those who believe that life is precious has dropped ever closer to only a third of our people.  In this study, only 39 percent of Americans today view human life as “sacred,” precious, or as having unconditional, intrinsic worth. It is notable that among those who still hold to this view of life, the strong majority are those who have a Biblical worldview (93 percent); those who attend an evangelical church (60 percent); those who classify themselves as born-again Christians (60 percent); those who identify as politically conservative (57 percent); the population 50 or older (53 percent); and those who call themselves Republicans (53 percent).  Some religious groups, including those with many adherents, had only a minority who viewed life as sacred (Pentecostals at 46 percent, mainline Protestants at 45 percent, and Roman Catholics at 43 percent). In a stronger shift, Evangelicals were more likely (60 percent) to say that life is sacred, while the numbers of Roman Catholics (with a strong pro-life culture), continues to decline.  Of little surprise, those who classify themselves as religious skeptics were the least likely (13 percent) to hold a high view of life.

So what does that mean?  It certainly translates well into the patterns and themes of the day and the unfolding future:  fewer young adults marrying and having children, the growing individualization of both morality and faith, and the increasing threat to the unborn, the aged, and those with psychological and emotional ills.  In other words, without a strong and unified consensus on the sacred character of life, there is less momentum to restore protections to life first lost in the legalization of abortion and then weakened by the continuing acceptance of assisted suicide as a legal and moral choice.

One this is for sure, we live in a culture of paradoxes.  On the one hand, we say we will do anything to protect us from illness (as we witnessed in the pandemic) but on the other hand we seem to be perfectly willing to allow those who wish to end the life of the unborn and to make it possible to provide a painless end for those who deem their life no longer worth living.  And that is the issue.  There is no moral or logical consistency to it.  Everyone is doing what seems right in their own eyes and even those who view life as sacred desire allowances for those who don't.  It is becoming a culture in which there is no rudder to steer us through the manifold choices of the age and no captain at the wheel to guide us.  We are more and more a nation of people in our own boats, mostly headed in the same direction but each getting there at our own speed.  The dark cloud of our future is that the children and youth of those who view life as sacred are profoundly influenced both by education and the social media to accept abortion, the choice to end your own life, and the decisions to end those lives deemed no longer worthy living.  If you are part of those churches who challenge this direction, you have your work cut out for you.  And it starts at home.
Posted by Pastor Peters at 6:00 AM