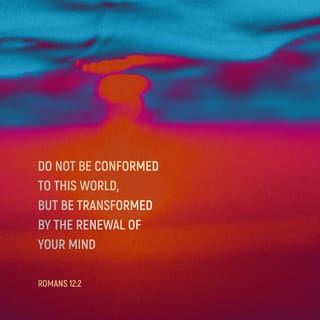 It is common for Christians and those outside the faith to believe that the world is a neutral place, a place receptive to ideas and religion if proclaimed in winsomely.  Christians often are confused because they assume that there is something wrong with the message (out of date or irrelevant to modern society) and it needs adjusting or wrong with the medium (preaching is old fashioned and worship needs to be updated) to explain the empty pews.  Even at the worst, those inside and outside the Church have figured upon an uneasy peace between the world and the faith -- albeit one occasionally breached by crazies on one side or another.  After all, we live in America don't we?

However, the uneasy peace, if it ever was, has long ago given way to a conflicted relationship.  It is not because the Church has become more rigid (in fact, the Christmas message has become almost unrecognizably broad and open among many Christians).  It is because mankind, the very jewel of God’s work of creation, is at war with God its Creator.  Though we are loathe to admit this or to say it publicly, this is the condition we live in -- even in America!  The Church is caught in the cross hairs of a world at odds with its Creator, rejecting that Creator now every bit as much as in Eden, and therefore rejecting the Church -- her message and her people.

I grew up in a time when it was easy to forget this, when it was almost presumed that Church and society were partners working toward common goals of morality, harmony, virtue, goodness, generosity, compassion, and excellence.  But it was never the easy relationship that is often presumed.  In fact, to believe in the 1950s was to believe in a church that did not even exist -- except in the imagination.  There was no unanimity, no common community and life, and no formal compact to frame out goals and purposes of either or of both.  Perhaps the 1960s came along as the imagined cooperation was coming undone.  In any case, by the 1970s it was clear that things were not what we thought.

Jump ahead 40-50 years and you see the reality no longer hidden by artificial structures of obscured by manufactured images.  The words of Christ are now must easier to understand.  As the world hated Me, so it will hate you.  You will be delivered over to persecutor, judge, and death for My sake.  No more can we get by with an assumption of either an easy peace or an uneasy one.  There is war against creedal and confessional Christianity -- except in those churches that have abandoned creed and confession for accommodation to the prevailing mood and surrender of all ideas to the social constructs deemed good, right, and salutary in this moment.

Surely this will become clearer as we see political leaders readily and with impunity rejecting the doctrinal and moral stands of their own churches.  In this new world, what God thinks is not nearly as important or relevant as what we think -- or more importantly -- what we feel.  It is no secret that the Roman Catholics who are the most visible and prominent political leaders present a problem for Rome.  They have long ago rejected the most sacred tenets of the faith in favor of a humanistic religion of preference and individual conscience.  Abortion is the most public of the many stands violated by these individuals but it is not nearly the only one.  It is but the most prominent tip of a large iceberg.  And Rome is not alone in having folks who wear the colors of their churches while picking and choosing what they believe on the basis of political expediency.

It is better for us to admit the tension and to deal openly with the heightened conflict between orthodox Christianity and the world around us -- not quite so far advanced as Europe or even Canada but still very real.  We all know that to be acceptable in modern society any Christian must reject most of what orthodox Christianity confesses and Scripture teaches.  So if the Church must grow smaller in order to be more faithful, we must be willing to accept this.  But we accept this with regret, lamenting that the enmity between the world and the Church has too long gone hidden or unnoticed.  We were always in the world but not of it.  Perhaps the world knew this but we did not.  Now it cannot escape our notice.  And it will be upon us to choose to whom we will be faithful.  It should not be as difficult a choice as it will be and the pain will not last only a moment.  To surrender the idea that we are all kind of in this together, though coming at it from different sides, is a cost many are not yet willing to pay.  But pay we must if we are to be true to Christ, to His Word, and to the orthodox tradition of belief and life in Christ.

This becomes more evident and the reality of the world’s hatred of Christ and His disciples becomes more real to us daily. Faithfulness will come at a cost. God grant us the firm conviction that the Truth is what we believe, and to realize that the costs are nothing compared to the promise. In this world we have tribulation.