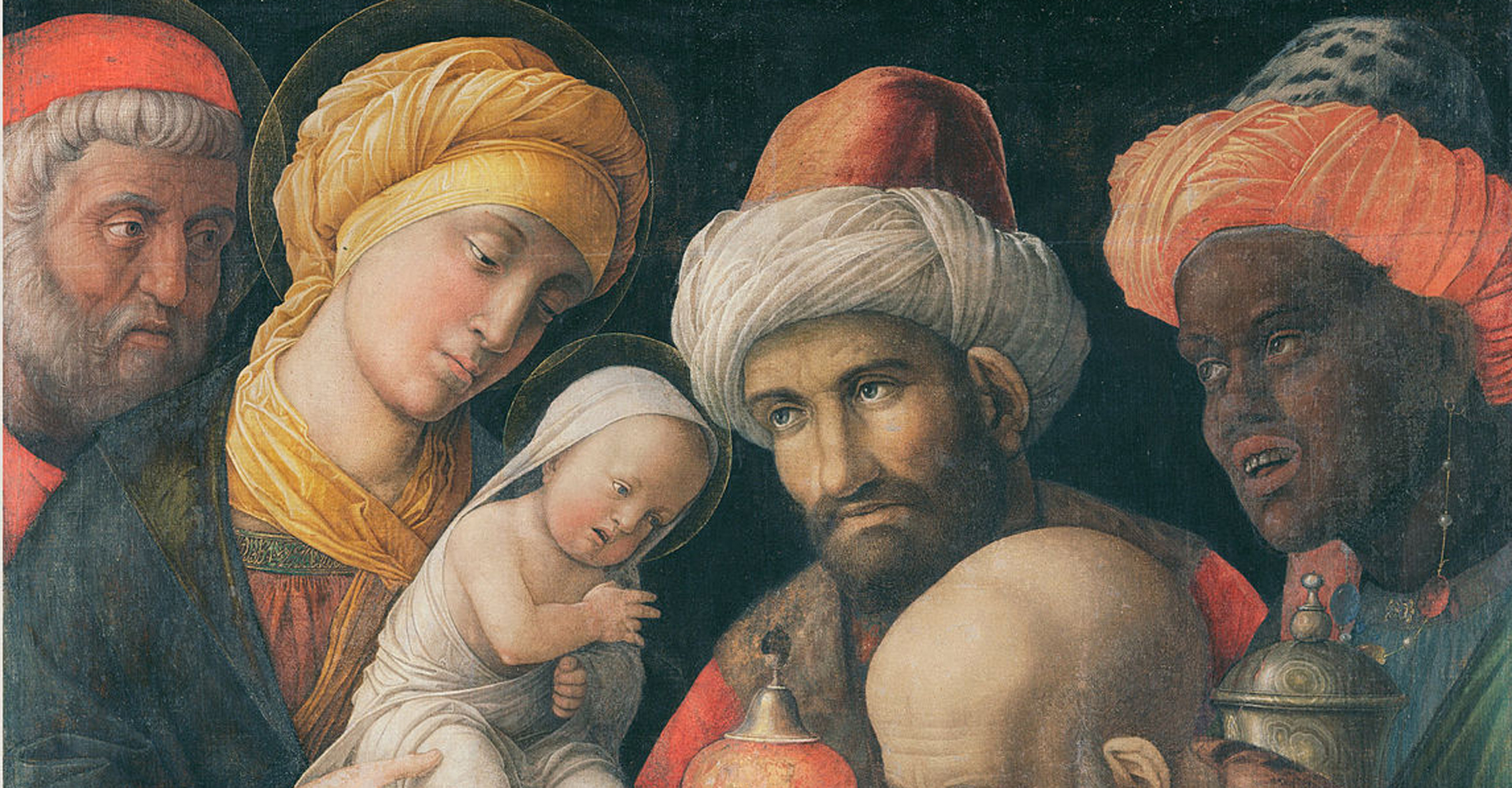 Sermon for the Epiphany of Our Lord, Observed, preached on Sunday, January 3, 2021.

Race, ethnicity, and economic status have always been the source of conflict among us and they have always been ways in which our prejudice has been manifested.  Now there are many who would include sexual orientation, gender and gender identity, and a host of other things to the ever growing list of things that divide us.  To this has been added a false sense of what unity and justice mean.  Reparations to those who did not suffer cannot repay the wounds of those who did.  We can tear down all the statues in America and rewrite our history to exclude those who offended our egalitarian ideal but this will not erase the fences that divide us or heal the wounds of our past.

The mystery of unity long hidden in the ages of our discrimination and conflict has been revealed not to politicians for political gain or to humanitarians in pursuit of a utopian society but to the Church.  Revealed to the apostles and prophets by the Spirit is that there is no people and there is no person on whom the Lord’s favor rests to the exclusion of others.  Jew, Gentile, slave, free, male, female, and all the invented categories we have used to divide us have been answered by the blood of Christ that is shed for all sinners everywhere.  God does not differentiate some sinners from others nor does God distinguish those to whom the Gospel applies or who it does not.  God would have all people to be saved and to come to the knowledge of the truth in Jesus Christ.

Though there is no doubt that Christians have forgotten this and been the witting or unwitting agents of discrimination and prejudice, the Church was formed by God as the great unifier.  St. Paul insists that His preaching to the Gentiles the unsearchable riches of Christ was not an accident but the design of God and the plan of the mystery hidden through the ages.  The Church has been and continues to be the greatest voice for inclusion and the Gospel of Jesus Christ has been the greatest force for unity on earth. Surely it is true that Christians and leaders have in the name of Christ attempted to hide this Gospel and marshal the forces of the faith to do violence against people on the basis of race or ethnicity or economic status or any of the other categories used to divide us but this has been a betrayal of the Gospel and never its purpose.  Jesus Christ came for sinners and every sinner who calls on the name of Jesus shall be saved.  Period.

The missionaries who went forth into Africa did not go there because these people could not be saved but because the Gospel was for them if was for the missionary at all.  The missionaries who went forth into Asia did not go there because the Gospel was not for them but because Christ died for all people.  We come into the Church on Sunday morning as Gentiles and we expect the face of the Church to look like the face of the world.  Epiphany is the not a Gentile Christmas but the revelation that the divisions of old cannot stand before the Christ who has come to save every people.
While it would be pleasing to our eyes to see in our pews examples of every race and ethnicity and all the other divisions, our unity is stronger than an image and it is forged not by the will and desire of people to be one but by the God who makes us one in Christ.  Our common life in Christ is not the fruit of our negotiated efforts but the result of God’s will and purpose and it is accomplished by Christ and exists because of Christ.

Gentiles do not become Jews in order to become partakers of Christ’s promise and members of Christ’s body the Church.  In Christ there is neither Jew nor Greek but a completely new identity in Christ.  In the same way, women do not become men in order to have equal access to the grace in which we stand.  In Christ there is neither male nor female but a completely new identity in Christ.  The slave does not have to wait for economic equality to become free in Christ.  In Christ there is neither slave nor free but a completely new identity in Christ.  It is a fools errand to think every earthly division and distinction has to be erased before the promise of Christ is fulfilled.  His promise transcends this day and this life and this world and extends to eternity.  Friendship with God does not await earthly justice or order; friendship with God is where it begins.

The patriarchs and prophets of the Old Testament did not imagine a manger in a stable because there was no room in the Inn nor did they conceive of angels and shepherds meeting in the night around the birth of a baby.  The Magi who came from the East did not know to go to Bethlehem and neither would Abraham or even David have known this.  These Eastern sages and kings did not know what to expect when they arrived but the followed the light of the star and knelt down where it led them before the Christ child.  That is what faith does.  It follows the revelation and trusts in the God who unfolds that revelation.

In Christ the veil of Moses has been lifted.  From Ruth to Bathsheba to Rahab, the hints were there through they were not realized until Christ came.  The entry point to the Kingdom of God has changed and it is no longer through circumcision of the males of the chosen but through baptism of all people.  Faith is the great equalizer and from Christ on the landscape has been transformed.  A new temple of Christ’s body has arisen, a new and eternal sacrifice offered for sin, and a new people created in Christ.
The mystery is not that God has changed His mind but that this was God’s plan all along and the plan, though hidden, was realized in Christ Jesus, in whom every sinner has been made bold and given access to the grace of forgiveness and the gift of eternal life through our faith in Him.

The Magi came looking for Him who is born King of the Jews but in the face of that child whom they worshiped they saw Him who is born King of Kings and Lord of Lords.  The Jews expected a Messiah who had come to restore to them the Kingdom but the Kingdom restored was not a nation and a plot of ground but a people made priests of God in baptism and a temple built with the living stones of their faith.  This is what Jesus means when He says “My Kingdom is not of this world.”  He does not say it is not IN the world but not OF the world.

The Magi who came to worship were the first of the many who would join them.  Every skin color and ethnicity, every kind and shape of sinner, every language and culture has given way to the Kingdom in which grace is the focus and not the person.  God has not moved time and eternity to celebrate diversity but to unite the divided through the blood of Christ.  His goal and purpose was never to choose a culture but to establish a new culture that survives death and even the destruction of the world.  His will is not to make all cultures equal but to save every sinner through His gracious favor.

Nobody comes to God as a second class citizen of His kingdom or as a beggar fearful of God’s will.  No, we come as people whom God has given new life in baptism and in whom the Spirit has worked faith.  We come as the divided who have become one body in Christ.  We come with spot and blemish of sin and wearing the mark of sin’s death but Christ cleanses us and makes us His perfect Bride, presenting us to the Father not as Jew or Gentile, Black or white, male nor female, slave nor free, but as His brothers and sisters, the people for whom He lived and the people for whom He died and the people who now live because He lives.  The people of the Old Testament had on the promise of this unity.  We hear the voice of this unity in Christ.  But none of us will see the full fruits of this unity until heaven.  Until then, this unity is preached and prayed, washed and worn, eaten and drunk in the Divine Service.  But the day is coming when we will no longer anticipate this reality, we will live it out together in heaven.  Amen.