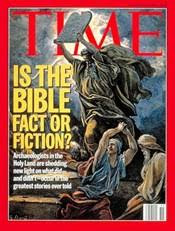 Though the Battle for the Bible is mostly history, the war goes on.  Indeed, the presumptions of the higher critics have become normative for many Christians even though they don't have a clue about JEDP or the Q Source.  Nearly everyone believes that the Scriptures are filled with mythological material, is at least partially legend, and that its spiritual truth is not grounded in much historical fact.  Of course, that makes it easy to ignore and reject the parts we don't like.  That is the appeal -- not so much a buy into the nitty gritty of Biblical criticism but the excuse or justification to explain away the historicity of Scripture and therefore render its voice subjective to reason or emotion.

There is more to it than this but that is the wider appeal.  In reality, the odd part of it all is that those who reject the inerrancy of Scripture seem to believe in the inerrancy of their postulations about Scripture.  Where I live we have vultures who feed on the rotting carcasses of deer and other victims of an encounter with a vehicle.  Sometimes it is amazing how fast they will pick apart a critter until only the skin and bones remain.  It makes me think of those who think themselves critics of God's Word -- they pick apart the Word until they get to the bones.  The problem, of course, is that they throw away most of the good stuff in the pursuit of authorship and meaning.

The critics have certainly generated interesting and remarkably resilient theories about the text, its history, and most of all its authorship -- though without much real evidence.  What is normative for the world of higher criticism today involves things for which the early church seems to have known nothing or even been suspicious of anything.  The books written can fill shelves and empty wallets but they have done little to help the preaching and teaching for which the Scriptures exist.  The more outlandish and incredible the claims, the more books they sell and the more media play they get.

The obvious claims are simple enough.  Few of the authors actually wrote the books of the Bible attributed to them, Jesus said few of the things attributed to Him, and a rather nefarious conspiracy was responsible for what we think the Bible says today.   On top of that, there is the deceptive presumption that there is no real evidence to support much of anything the Scriptures say or claimed to have happened.  Worse is that those who lived in closest proximity to the Scriptures directly contradict the guesses of the critics about who wrote, what they wrote, when they wrote, and what they wrote means.

At the root of it all is arrogance -- the arrogance that we living 2,000 later are in a better position to answer these questions and our answers are more relevant than the witness of those who lived at the time when the Scriptures were young.  In the end, the mechanizations of the critics require more faith than to believe what the Bible says -- that Adam and Eve were real people, that the world was flooded by God, that the prophets pointed to Jesus, and that Jesus was born of a Virgin, suffered and died on a cross, and rose again on the third day -- like the creed confesses.  It might not matter all that much since not many of their books are purchased by folks anywhere but, as I said earlier, the people have already adopted the conclusions of the critics -- not because they are known or credible but because they fit the modern mind set.  So, if you are a higher critic or admire one, you might be sad to know that your education and erudition contributed little if anything to the rejection of any literal reading of the Bible -- it has always been in the self-interest of the skeptics or the sinners or the self-important scholars to diminish God's Word.