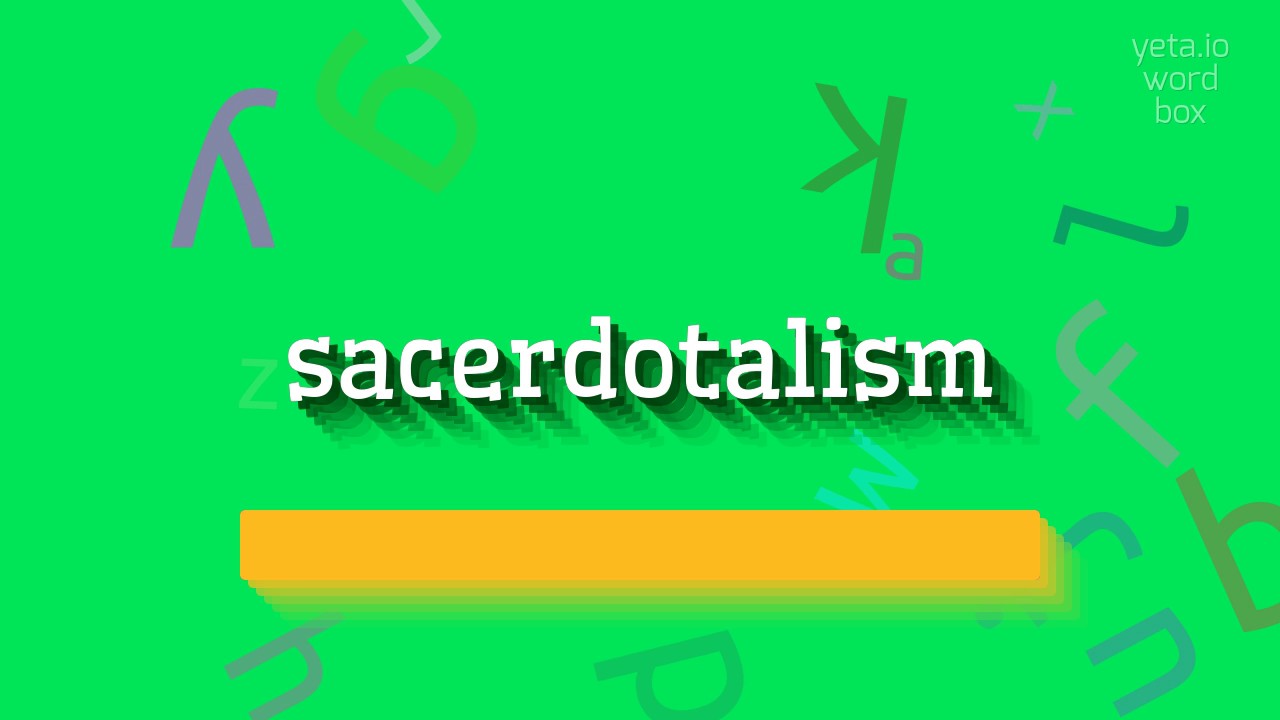 There was once a time when it was actually thought that the bigger danger to Missouri was not Lutherans parading as Evangelicals but Lutherans acting like Roman Catholics.  Perhaps that is still the fear of some.  Hence the charge sacerdotalism.  For the uniformed, it means, in the Lutheran Cyclopedia:  The view according to which the laity can establish a relationship with God only through priests [as intermediaries].  A fuller definition says Sacerdotalism is the belief that propitiatory sacrifices for sin require the intervention of a priest. That is, it is the belief that a special, segregated order of men, called the priesthood, are the only ones who can commune directly with God or the gods. This system of the priesthood is exemplified by the priests in the Old Testament. The term sacerdotalism comes from the Latin sacerdos, priest, literally one who presents sacred offerings, and dare, to give. The related Latin term sacerdotium refers to the earthly hierarchy whose primary goal is the salvation of the soul.

At its root, this is perhaps more about ordination.  With regard to ordination, Lutherans have a mixed message.  On the one hand, "For formerly the people elected pastors and bishops. Then came a bishop, either of that church or a neighboring one, who confirmed the one elected by the laying on of hands; an ordination was nothing else than such a ratification." (Treatise on the Power and Primacy of the Pope, par 70)   However, the Confessions also teach that ordination may be called a sacrament.  "Nor do we have another priesthood like the Levitical, as the Epistle to the Hebrews sufficiently teaches [Heb.7:10]. But if ordination be understood as applying to the ministry of the Word, we are not unwilling to call ordination a sacrament. For the ministry of the Word has God’s command and glorious promises, Rom. 1, 16: The Gospel is the power of God unto salvation to every one that believeth. Likewise, Is. 55, 11: So shall My Word be that goeth forth out of My mouth; it shall not return unto Me void, but it shall accomplish that which I please." (Apology Art.XIII, par.11)  So perhaps the big question here is less about ordination and more about how you define sacrament.

Ordination, it has been said, is not a divine command but merely an apostolic custom (as if labeling something an apostolic practice somehow renders the thing unimportant!).  In fact, Lutherans have always insisted upon ordination (with the laying on of hands as St. Paul describes), have always only ordained once and not repeated it, have insisted that no one may preach or teach publicly without being rite vocatus, and hold ordination in highest regard -- yet without understanding that ordination confers hidden, secretive, or special powers but rather authority in an order divinely appointed in an Office of the Holy Ministry that is neither derived from the priesthood of all believers nor in competion with that priesthood.  Yet, if you talk like this there is a chance a certain group in Missouri might call you a sacerdotalist.  Which is rather goofy but true.

Everyone I know who values the office does so because they value the preaching of the Word and the administration of the Sacraments for which the office exists.  Nobody I know has ever suggested that there is such a thing as a priestly caste or peculiar powers conferred which place pastors above the people in any sort of hierarchical way.  Just the opposite.  Everyone I know sees this in perfect balance and complement as different vocations under the same Christ.  If that makes you a sacerdotalist to some, then so be it but the reality is that the greater danger to our church are pastors who don't want to act like pastors and people who act like pastors but are not.  We treat voting as some kind of pseudo-sacrament when the reality is that not many things are voted on in a typical congregation and most everything is done by consensus (except in those congregations too large to forge such consensus).   Parishes should not be voting on things that belong to the pastoral office (like how often to have the Sacrament of the Altar) and pastors should not be CEOs in charge of the business of the congregation.  Strangely, however, the Evangelicals among us are more than likely to adopt congregational structures that do style the pastor as a CEO while the so-called sacerdotalists are more likely to persuade or encourage the business side of things without directing or even having a vote on how things go.

But old dogs do not easily learn new tricks and old fears are hard to kill.  But if somebody wants to call me a sacerdotalist because I give high value to the Word preached and taught and the Sacraments rightly administered, then, call me one.  The means of grace are the beating heart of the congregation and the pastoral office exists for the sake of providing the means of grace to the people of God.

When we speak, our words ought to flow from and back to;
•Scripture -as the source and norm:
•Confessions -as faithful exposition of what Scripture says,
•Creeds -as summary of what Scripture says,
•Catechism -as instructional book of doctrine and Scripture,
•Liturgy -as prayed Scripture.
Pastor Larry Peters. Clarksville, TN. pastoralmeandering.com. Oct. 18, 2018.
You are indeed pastoral...in you Confessional Blogging and your keen observations...there are many things we should NOT vote on.
God Bless the Preacher.
Timothy Carter, simple Country Deacon. Kingsport, TN.

"... have always only ordained once and not repeated it ..."

I write to ask about the "always" as applied to "not repeated." I have a strong memory of paging through an issue of the ELCA monthly in the very late 1990s and reading a news item about how an ELCA synod bishop had recently reordained a lady who had come into the ELCA from having been a United Church of Christ pastoress and a man who had come into the ELCA from having been a Roman Catholic priest. I think that the article went on to report that the synod bishop said that the "bylaws" of the ELCA left him no choice but to do so, reordain them, I mean. The bishop's name may have been something like Isaacs or Issacson, but my memory of all the details save "reordination" has grown dim.

I don't know about those particular instances but as I understand current ELCA practice of receiving clergy from other traditions,if the candidate comes from a church body that practices oversight of its clergy, eg Roman, other Lutheran, Reformed they are not ordained, but received, as clergy in the ELCA. If, however, a candidate comes from a "free" congregational style church, eg, Baptist, pentecostal, Church of Christ,they are ordained.