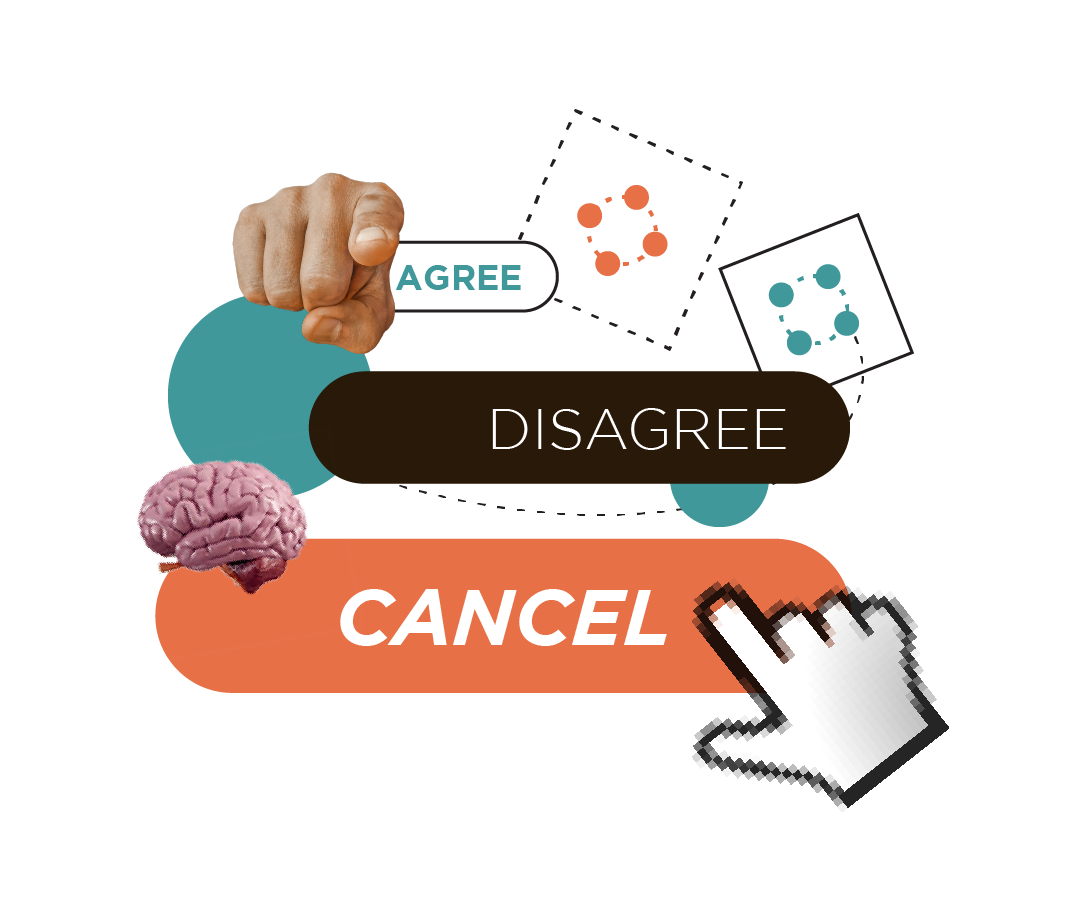 The fallacy and hypocrisy of the cancel culture movement are obvious to everyone except to them.  It has bordered on the ridiculous for sometime but now it has gone over the edge.  From the short-lived plan to cancel Mr. from Mr. Potato Head to the removal of Aunt Jemima to the elimination of the Native face from Land O'Lakes, it was an irritating but mildly humorous look at things that were supposed to matter but were really rather trivial.  Okay.  So what.  Then the Muppets were under the ban for their violations of the standards of diversity.  Then Amazon decides that certain books should not be sold that disagree with the cancel culture agenda.  Then came the attack on Dr. Seuss and the withdrawal from publication and licensing six of his books deemed worse than inappropriate.  Now they have my anger with attacking Dr. Seuss (sort of like the right attacking the icon of the left in Mr. Rogers).   It is getting too much.  But I doubt that it we have seem the limits of how far it will go.

What is so ludicrous about the whole thing is that it lives under the backdrop of the daily killing of the unborn -- sanctioned and heralded by the very cancel culture people who insist that no offense is too small to go unnoticed.  We are under orders to respect diversity, to apply the appropriate pronouns to those who decide from day to day and year to year what kind of gender fits their mood, and to cleanse not only our classrooms and our marketplaces and even our history from anything that hints at offending this diversity.  The politics of this all are still being played out.

The great division in America had less to do with Trump than it did the steamroller of political correctness that is rewriting our past as well as policing our thoughts, words, and deeds in the present and intent upon reshaping our future into a tomorrow in which the only people allowed to be offended are those who do not toe the line.  This is what the election was about in 2020.  Trump was an imperfect standard bearer not for the skinheads and white supremacy folks but for ordinary Americans who see their faith, their past, their life now, and their future taken from them.  Our freedom no longer counts for no one will be allowed the liberty to diverge from the sanctioned path of diversity chosen for them.  It affects freedom of speech and the freedom to work and the freedom to live but it also affects the freedom of religion.

If it takes a different name on syrup or a toy or butter to placate those who are so easily offended, I guess that is not too much to pay.  But when the marketplace has items removed from purchase and books removed from circulation because they are offensive, that impingement of freedom comes at a greater cost.  For if ideas that offend anyone can no longer be tolerated, Christianity itself is in danger.  Christianity that is inoffensive is not Christianity.  All throughout the New Testament is the admission that this faith is offensive, a scandal, a challenge, and a threat to the world.  Orthodox Christianity with its refusal to sanction salvation by works or personal identity and value defined by peers or self will not last long under the heavy hand of censorship.  Soon the very subjects of sin and forgiveness, depravity and redemption, death and resurrection will not be tolerated.

Remember that all of this is happening when our toddlers are being encouraged to experiment with their gender identity, eight year olds are being given hormone shots to change that gender identity, birth certificates reflect cultural norms instead of biological parentage, and babies are killed in the womb.  Remember that pornography is allowed.  Rap and music lyrics that sing of the subjugation of women, rape, and abuse are allowed.  Choice that decides to keep or kill life from conception to birth to old age, fragility, and frailty are all allowed.  But not the Church speaking of morality, of right and wrong, that the majority of religions and non-religious people held until a few generations ago -- this is not allowed.  People wonder why curmudgeons like me get so excited.  Read the news.  I fear not for myself but for the kind of world my children will grow old in and my grandchildren will grow up in -- especially because the faith will no longer be tolerated in a cancel culture world.

When half of the U.S. voters support and elect politicians who allow this wickedness and treason, it doesn't bode well for what will happen in the near future.

The leftist Demonicrats have long supported the "cancelling" of unborn babies and the elderly/infirm. Now they are at work trying to cancel any Christian-based culture in the U.S. These actions are not only anti-Christian (which Scripture predicts) but they are also treasonous actions that give aid and comfort to the enemies of the United States.

It will not be easy nor pleasant to work toward true justice in the Kingdom of the Left against these leftist atrocities committed by Demonicrat politicians, corporations, DeepStaters, military leaders, and the Demonicrat voters who support these traitors.

This is the stark truth, but I believe the issue of growing old will be on the chopping block as well.

"I believe the issue of growing old will be on the chopping block as well."

If only that were true following the trials and convictions of the elderly kakistocrats in Congress and the White House.