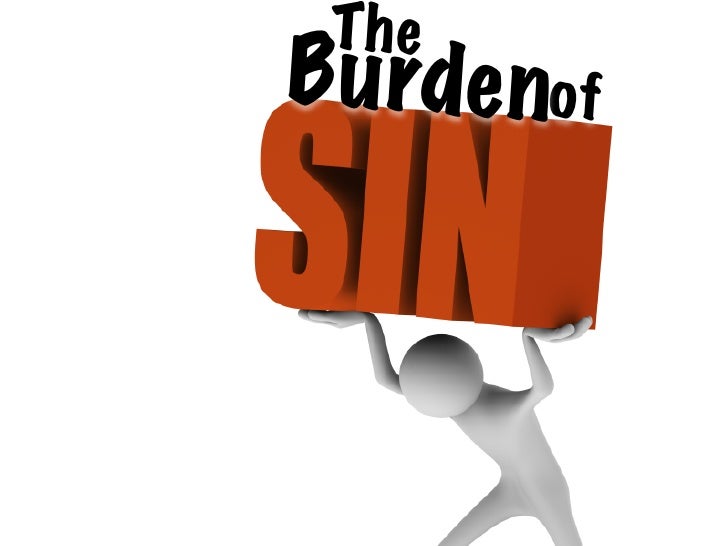 One of the biggest differences between our times and other times, even Biblical times, is that sin is no longer our problem but has become God's.  I do not mean that it is God's in the sense that He must redeem us because we cannot save ourselves but in the sense that we no longer feel guilt and shame over sin the way we once did.  We may not feel as guilty or feel as much shame as we did a long time ago but we are angry over sin.  Mostly we are angry because we see ourselves as victims -- victims of the sins of others, victims of the sins of our society, victims of the sin of our government and leaders, and even victims of God.

Some weeks ago I was waiting to check out and a conversation was going on around me.  A man was pouring out his soul at the loss of two of his children and his own health difficulties.  At one point he said that when he died and went to heaven, he and God were going to have to have a conversation.  In other words, God is responsible for the bad things that have happened to me and He will have to explain Himself to me.  It was certainly understandable that this man would feel angry, wounded, and hurt by the circumstances he had endured in life but he had turned this around so that neither he nor his sons were responsible for these circumstances.  But God was.

I suspect that he spoke for many today who wonder about God.  The old movie, O God, John Denver faces God, played by George Burns, and asks why God would allow terrible things to happen to people.  God, in the voice of comedian George Burns, responds, Why do you?  I do not think that answer would suffice for many folks today.  We give ourselves credit for the good that comes our way but we blame others and God for all that is not good.  The man I mentioned above was angry with God and the people listening to him understood his anger and sympathized.  He had a right to be angry with God because life was not fair to him.  Such is the typical frame of confession and absolution today.

Absolution has become the default position.  Of course, God will forgive you whatever measly sin you might have (not that you should have many) but that is His job.  God's job is to forgive and make things right and our job is to give Him something to forgive and present Him with the things that need to be made right.  We don't feel personally responsible or accountable to God or to anyone.  But we do expect others and God to be accountable to us.  Our shame is that we feel no shame, no guilt, and that God has more to be responsible for than we do.

There can be no good absolution without the binding.  We forgive the sins of the guilty, those who know their shame, and who are penitent believers, but we bind the sins of those who feel no guilt, who know no shame, and who are impenitent.  Except that this seldom happens anymore.  The old absolutions that accompanied exhortations to communicants in early Lutheran history included this binding along with the loosing.  Today we have only the loosing and therefore, without the binding, we have no loosing either.  Because we are so adept at excusing and justifying our wrongs and so good at seeing, remembering, and holding the wrongs of others against them, we are not so good at confession and therefore not so happy over absolution.

This is a problem for a Christianity where the central problem is sin and the central gift of God is forgiveness of those sins.  Without guilt, shame, repentance, and confession, there is no gift to be believed and no blessing to be enjoyed.  So it is not a small problem for us.  Without personal responsibility and repentance, then it is truly God's problem and not ours.  And to this hardness of heart, there can be no absolution.